Image from The Deep - IUCN/NERC Seamounts Project Rock outcrop on Atlantis Bank Seamount, home to sea fans, sea anemones, sponges, the urchin Dermechinus horridus and the glass sponge Euplectella. Inside each sponge was a male and female shrimp, a new species.
by Karen Sack

In ‘The Deep: The Hidden Wonders of Our Oceans and How We Can Protect Them’ Alex Rogers reveals the deep-sea world to be almost beyond imagination.

Covering an area of over 360 million km2, containing 1.3 billion km3 of water, and perhaps 90 per cent of all life, it is the largest ecosystem on Earth. It is also the least known, with estimates that only 0.0001 per cent of the deep-sea floor has been sampled by scientists. We’ve barely scratched the surface of what lives there – and that’s why it needs our protection.

Alex is one of the world’s leading marine biologists. I’ve had the pleasure of working with him since 2004, when we spent several hours talking about deep-sea marine life at the airport while waiting for a plane in Kuala Lumpur. We have collaborated on a number of projects since, including working together to set up the Global Ocean Commission. 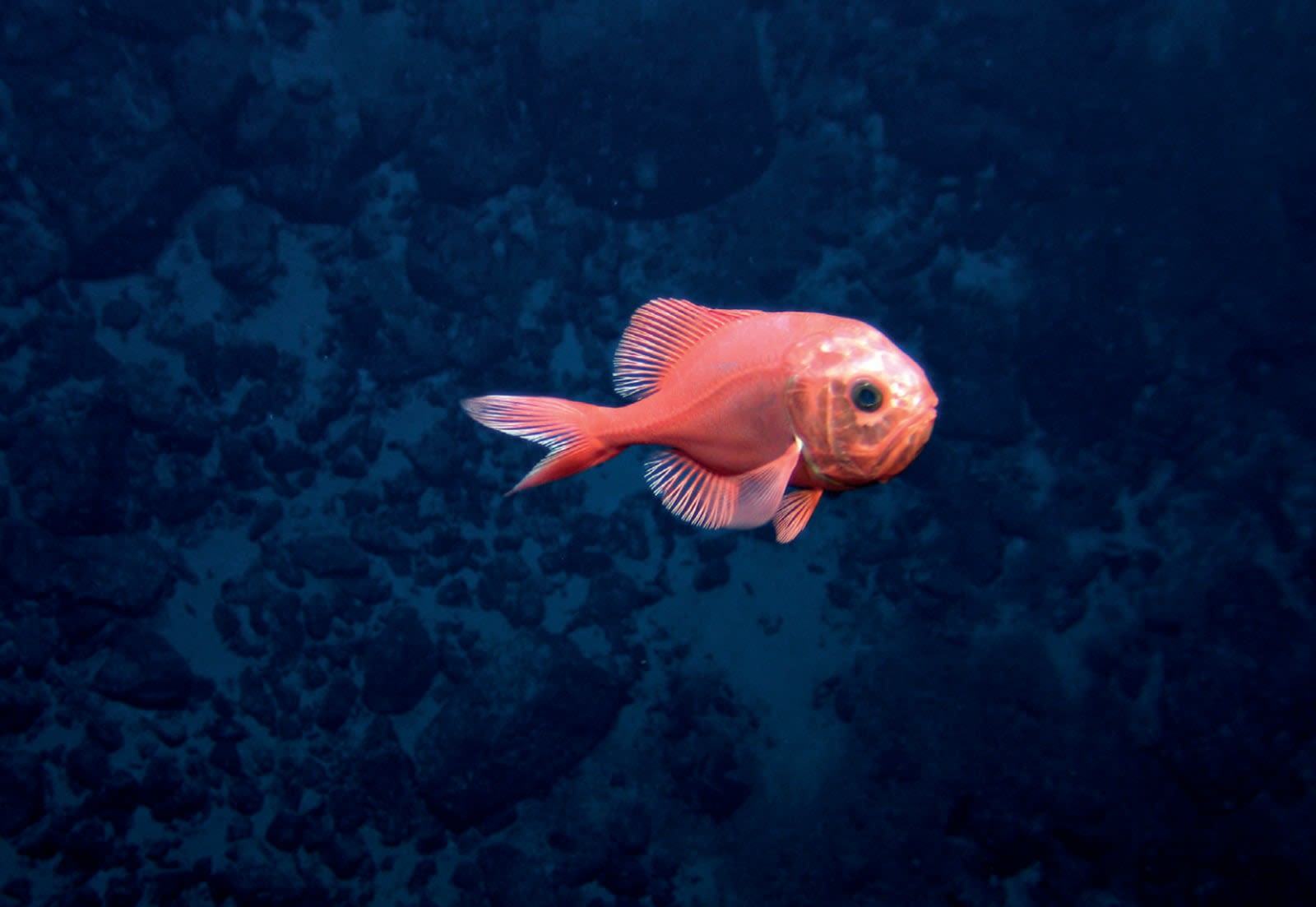 While this book could have recounted the 30-year chronology of his pretty amazing career, it is structured to highlight a number of ocean issues: destructive fishing and mining practices; overfishing; pollution; and climate change; with the latter responsible for ocean warming, ocean acidification and deoxygenation. He masterfully opens the deep sea to non-experts, because – as worrying as these issues are – the book is intended as a message of hope.

The Deep lights up many of the ocean’s hidden wonders. His first account of a submersible dive (on the Plantagenet Bank seamount, south of Bermuda) is one of infectious excitement, which sets the tone for the rest of the book. Alex frequently challenges the misconception that the deep sea is devoid of life, particularly in his vividly colourful descriptions of the deep ecosystems. He likens them to stunningly beautiful, busy cities.

He masterfully opens the deep sea to non-experts, because – as worrying as these issues are – the book is intended as a message of hope.

His account of witnessing a coral spawning in the Caribbean – an event that occurs once a year and in line with a specific phase of the moon – makes it sound like a big party. There are many extra-terrestrial references, and on another diving occasion, he voices a self-consciousness about his physical relation to deep-sea life. Under the water, humans are aliens in a foreign habitat.

Alex also addresses the lack of ocean awareness and what may have caused a societal disconnect from it. Firmly believing that mapping the ocean and the distribution of life within it will deepen our understanding, The Deep is also a call for more ocean science. 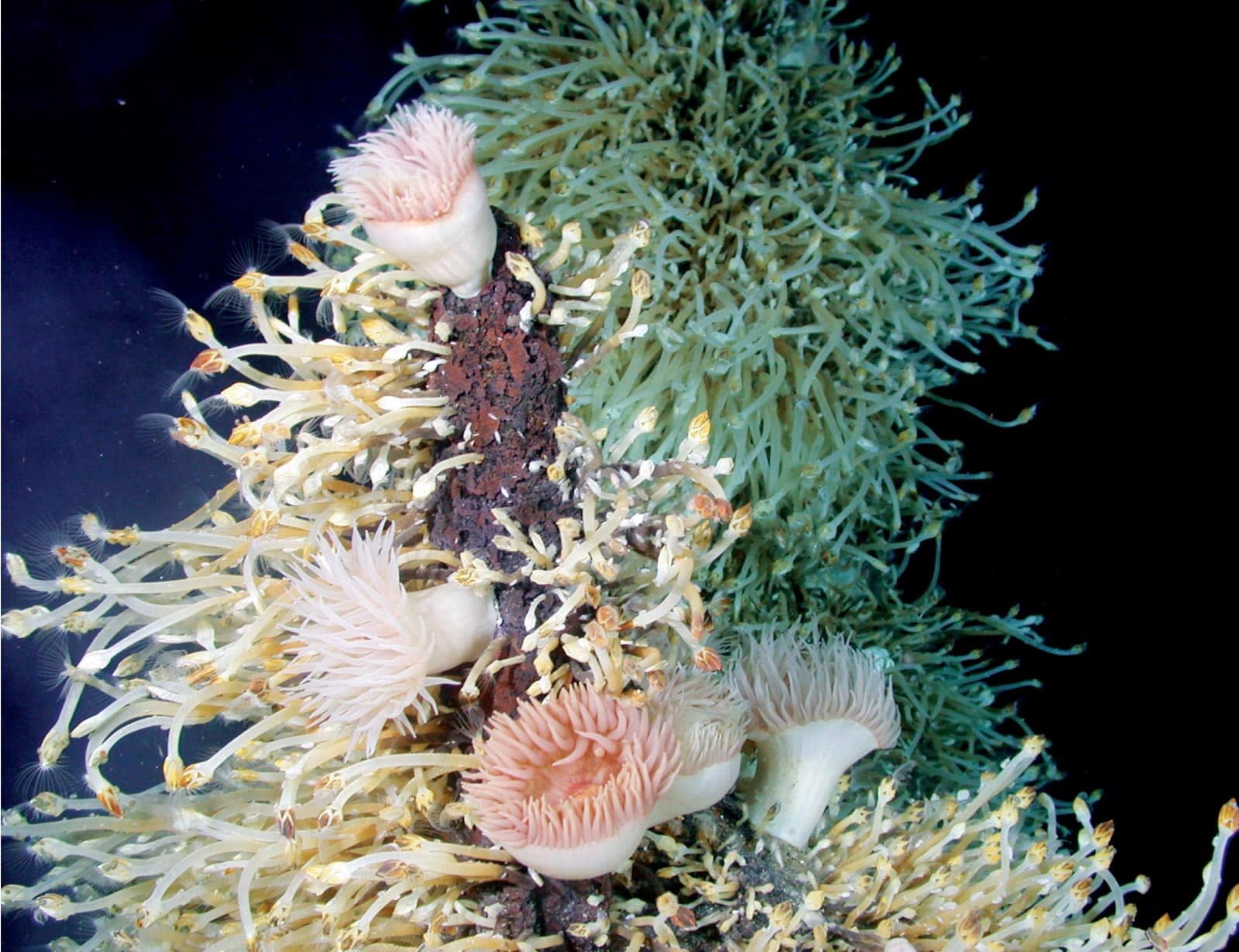 Science and stewardship of the ocean need to come first, and Rogers is eloquent and well-reasoned in his frustration about people’s ignorance. He identifies a pattern of technology enabling exploitation before scientific investigation of the impacts. A lack of knowledge should not prevent decisions being made. It is still possible to act responsibly with precaution.

In the penultimate chapter, Rogers calls the ocean the “common heritage of humankind” and shows why we need to work to change our relationship with it. He concludes with concise and constructive advice detailing how society can chart the right course to ocean regeneration.

In short, The Deep is an eloquent, historical account of our deep Ocean, and presents the opportunities available to us today to protect this global commons and living heritage. This book will be highly informative for anyone with an interest in the ocean, and those who currently find the idea of the ocean as humanity’s life-support system to be an abstract one. It is sure to resonate with any reader.

Ocean Unite was founded in 2015 by Virgin Unite to unify and mobilise impactful voices and drive positive ocean conservation action.