Sides of a Horn: a global impact update

Sides of a Horn World Rhino Day
by Toby Wosskow

Filmmaking is a vital tool for exposing the drama of our times. It allows us to share entertaining and engaging stories about the urgent issues we face as a people and as a planet.

Since its release in June 2019, the reception to Sides of a Horn has exceeded our expectations, gaining critical acclaim from the likes of The New York Times, Deadline Hollywood, and Forbes, and picking up a dozen awards on the festival circuit. It even qualified for consideration at the 92nd Oscars by winning the Grand Jury Prize at Edmonton International Film Festival.

While we are grateful for this success, which has brought the film to more viewers, it is the achievements outside of the spotlight that we’re most proud of. By partnering with dedicated organisations and passionate individuals, we have been able to roll out a series of impact-focused activation campaigns, bringing the film to the places where it needs to be seen the most. 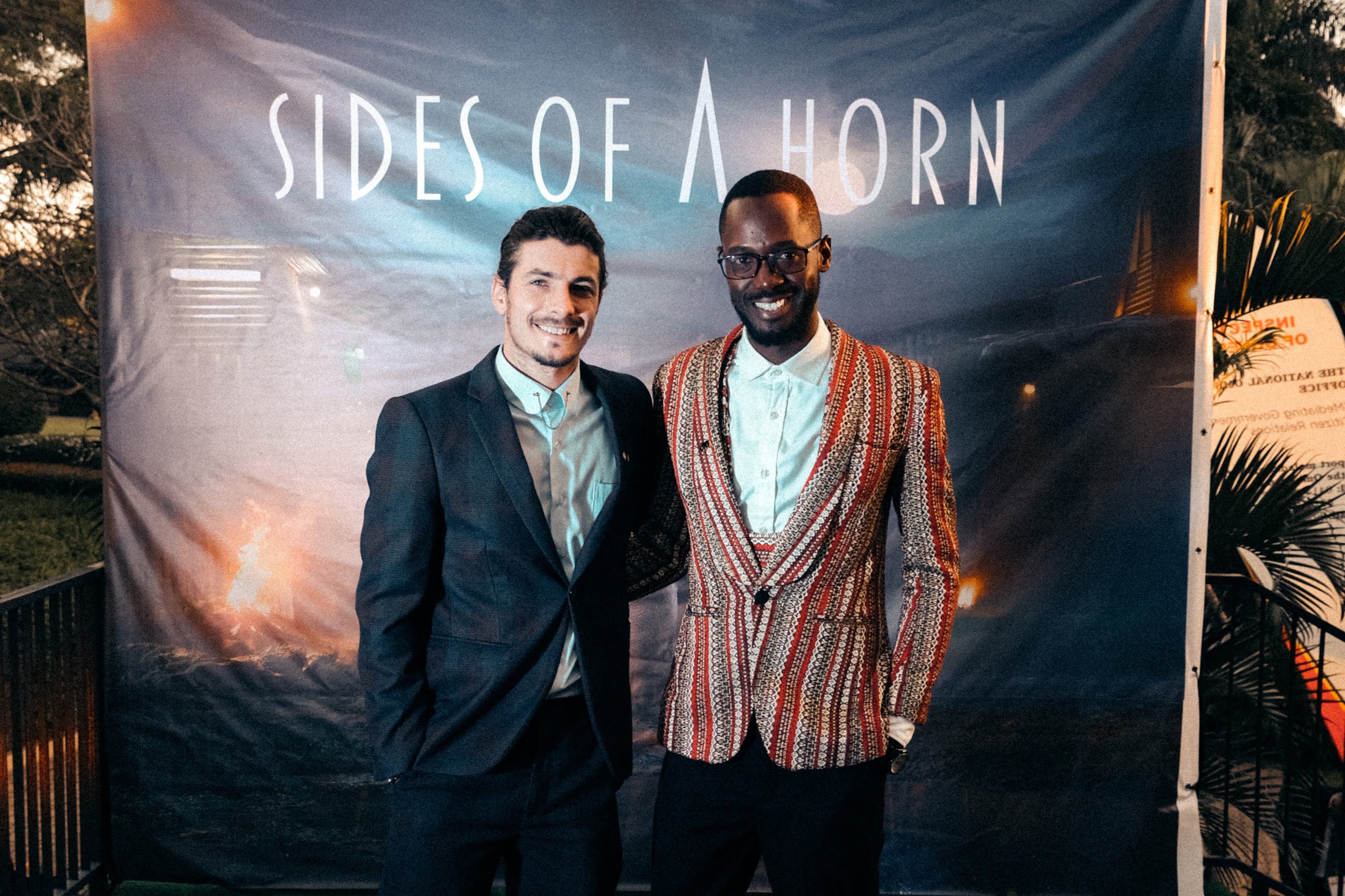 One such individual is Shaban Senyange, a conservation media specialist in Uganda. Shaban secured a Mandela Washington Fellowship grant from the US Department of State, allowing us to bring Sides of a Horn to his beautiful country in November 2019.

Uganda’s rhinos were declared extinct in 1983 due to rampant poaching that occurred during the country’s post-independence conflicts. In the last decade, 30 southern white rhinos have been relocated to the country’s Ziwa Rhino Sanctuary. As this number grows, the programme is looking to the near future when these rhinos will be reintroduced to the wild.

During our two-week engagement, we used Sides of a Horn to facilitate dialogue between government parties, NGOs, and local communities. Discussions focused on what preemptive actions can be taken to ensure that Uganda’s rhinos will prosper, and history will not repeat itself. This grassroots campaign was captured by filmmaker Kevin Wolf in a short documentary, which you can watch below.

Sides of a Horn | Uganda Tour

As seen in Kevin’s documentary, the most inspiring moment of the tour happened during our stop in the rural village of Gazi, which has been aptly nicknamed ‘Rhino Village’. This community is located on the border of the Ajai Game Reserve which was once home to over 60 northern white rhinos.

In our meeting, the community confirmed their commitment to working with the Uganda Wildlife Authority, expressing their desire to protect the rhinos upon their successful reintroduction to the reserve. It was a deeply profound and uplifting moment to witness. 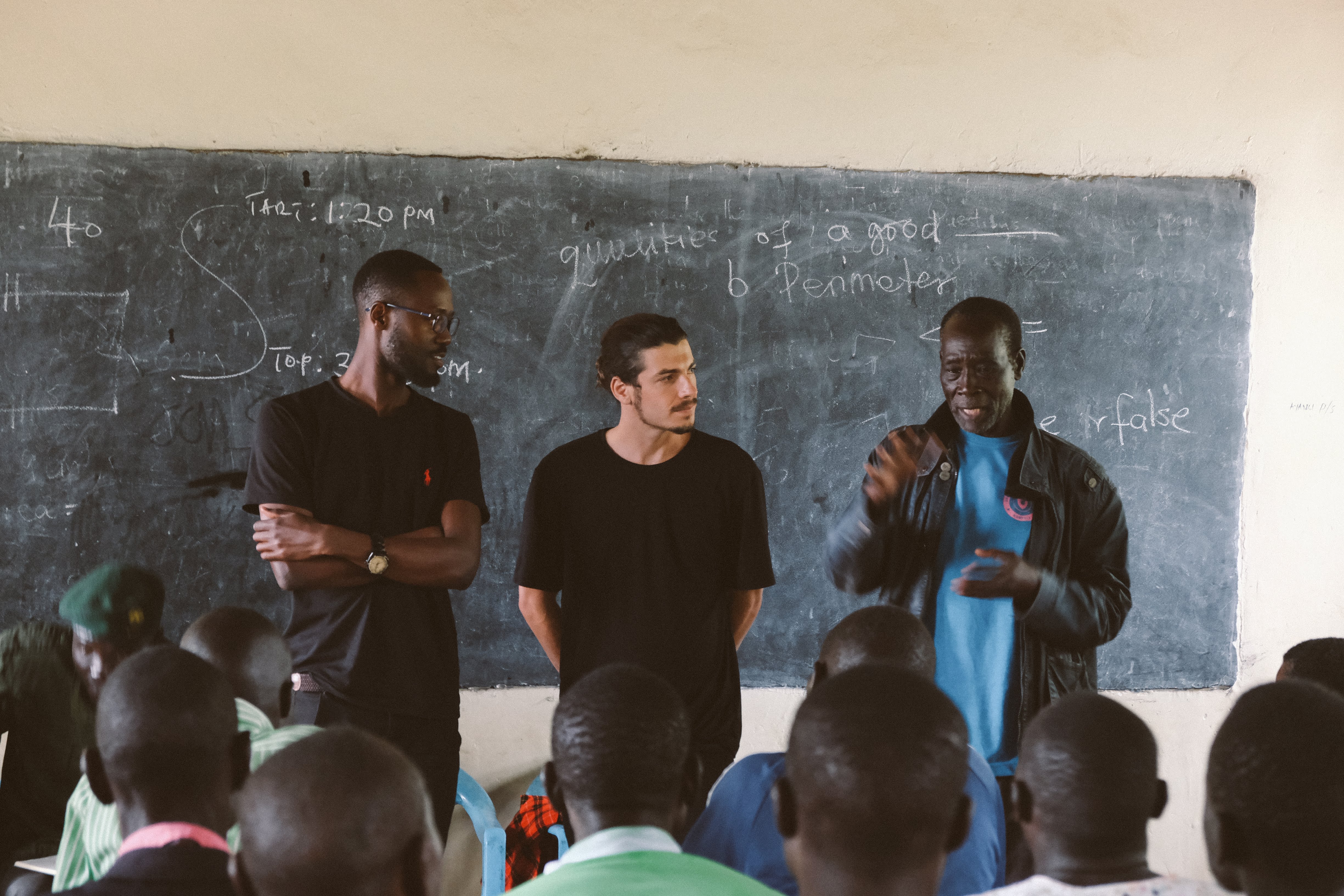 Sides of a Horn continues to be used as an advocacy tool by our philanthropic partners across the globe. The African Wildlife Foundation have been screening the film for policymakers and world-leaders in order to humanise this complex social and environmental issue, and WildAid have released the film throughout Asia.

In its first week of release in China, the film amassed over 800K views online, sparking a dialogue about China’s rhino horn consumption and the effect it is having on the poaching war in Africa.

2020 has begun with hopeful news. South Africa recently reported that the total number of rhinos poached has decreased for the fifth consecutive year. Meanwhile, the price of rhino horn in Asia has fallen by two-thirds due to a drastic improvement in consumer awareness. While this news is cause to celebrate, there is still much work to be done, and we must not waver in our efforts to protect Africa’s wildlife.

If you are in the UK and would like to watch Sides of a Horn on the big screen along with seven other short films that tackle issues relating to wildlife, the Wilderland Film Festival is screening in seventeen different locations now until May 3rd. If you won’t be able to make it to any screenings in person, then please watch and share the film here.