Hot Docs Film Festival / In My Blood It Runs
by Maya Newell
Virgin Unite is a proud supporter of the film In My Blood It Runs – a feature documentary following 10-year-old Arrernte Aboriginal boy Dujuan as he grows up Alice Springs, Australia. Maya Newell is the film’s director and below she shares news of how the film is making impact and raising important issues for the rights of indigenous children all over the world.

In My Blood It Runs was filmed over four years in Mparntwe, Alice Springs, Central Australia, in collaboration with the Arrernte and Garrwa families onscreen and two incredible Virgin Unite supported organisations: Akeyulerre and Children’s Ground.

The film follows the story of Dujuan, an Arrernte/Garrwa Aboriginal boy who is strong in his first culture, is a respected young child-healer (Anangkere) and speaks three languages. Dujuan was passed on his healing powers from the land and his great grandfather, and has a respected role and responsibility in his community to look after the sick. Yet, every day in the classroom, Dujuan’s strength as a child-healer and Arrernte language speaker goes unnoticed. While he likes school, his report card shows a stream of ‘E’s, which make him feel stupid. 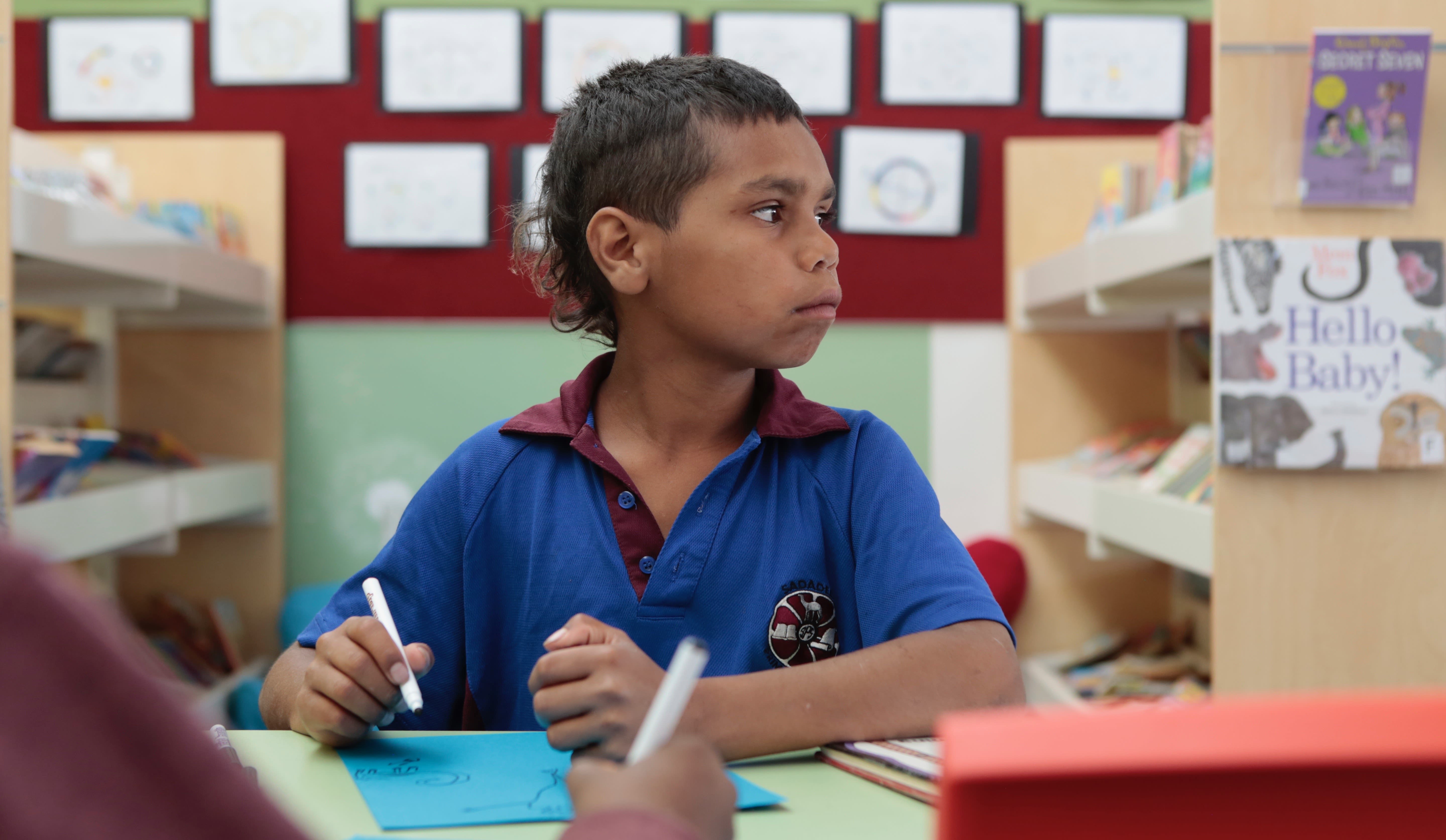 Education is universally understood as a ticket to success, but school becomes a site of displacement and assimilation and Dujuan starts running away from the classroom. Throughout the documentary we walk with Dujuan as he faces a school system that excludes him and tells him he is a failure, a police presence that threatens to lock him up, and social services that are knocking at the families door threatening to remove him.

As he travels perilously close to incarceration, his family fights to give him a strong Arrernte education alongside his western education lest he becomes another statistic. We walk with him as he grapples with these pressures, shares his truths and somewhere in-between finds space to dream, imagine and hope for his future self.

“In school they told me Captain Cook was a hero and discovered Australia. It’s not true because before cars, buildings and houses there were just Aboriginal people. I want Australia to tell the truth that Aboriginal people were the first people who had the land,” said Dujuan. 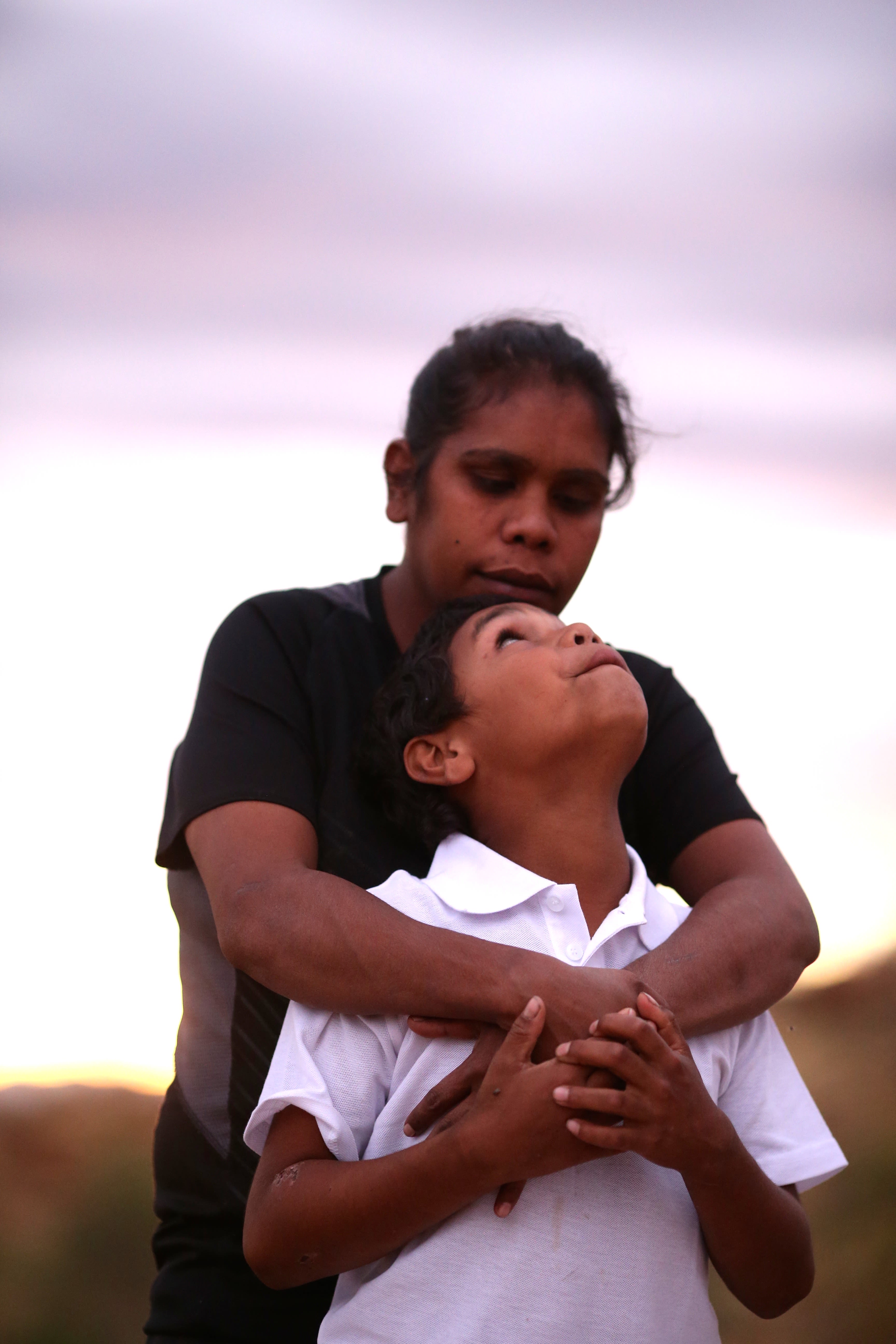 Virgin Unite_In My Blood It Runs

The challenge for us as a filmmaking team was to find a way to share a compelling and intimate story, while delicately and sensitively addressing the complex struggles of the intergenerational effects of colonisation that Dujuan and his family face. It was through a deep collaborative process between the filmmaking team and the family onscreen that we built trust and handed power to each individual so that they had control over how their stories and images were portrayed.

‘It was hard making the film because we had to decide what to put in and what to leave out. We had workshops and sat down together out past The Gap (in Alice Springs) as a family to think about how best to tell my son's story. We wanted to show that our children are cared for and being protected by their families,” said Megan Hoosan, Dujuan’s mother.

Collaboration continued to be the guiding force of the film’s impact campaign. Doc Society’s Good Pitch, gathered a coalition of partners across philanthropy and business - including Virgin Australia, who flew Dujuan and his eight family members to Canada for the World Premiere at Hot Docs Film Festival. This was many of his families first flight, and everyone’s first time overseas. 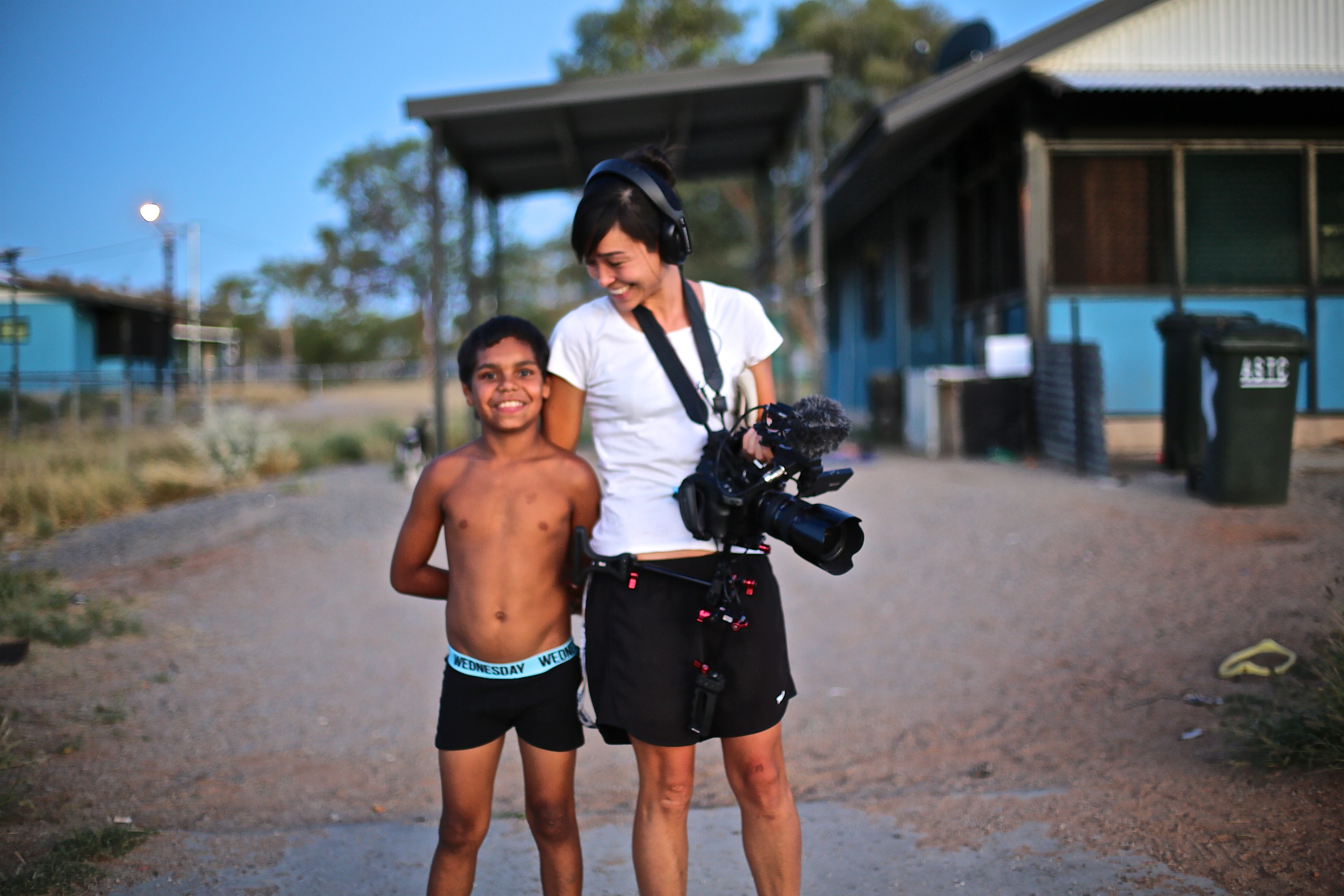 Another part of the impact campaign saw Dujuan (then aged 12) becoming the youngest person ever to address the Human Rights Council and the Convention on the Rights of the Child at the United Nations, asking the Australian government to ‘stop cruelling 10 year old kids in jail’ and for his school to be ‘run by Aboriginal people’.

As we approach World Children’s Day on 20 November let us take this is opportunity to put children’s rights high on the international agenda and to strengthen awareness, understanding, and the actual realisation of children’s rights worldwide.

“In My Blood It Runs is a campaign for systemic and structural change. Changes in the way Aboriginal people are treated by the powers that be. Change in the way we are perceived through the lens of a racist world that still thinks that we are not capable of independent thought, a lens that still sees us as children and therefore renders us and holds us powerless, a lens of white domination that denies us agency in our lives. The film gives voice to people whose voices are suppressed and shows how through the love of a family a solution can be found,” said William Tilmouth, Film Advisor and Founding Chair of Children’s Ground. 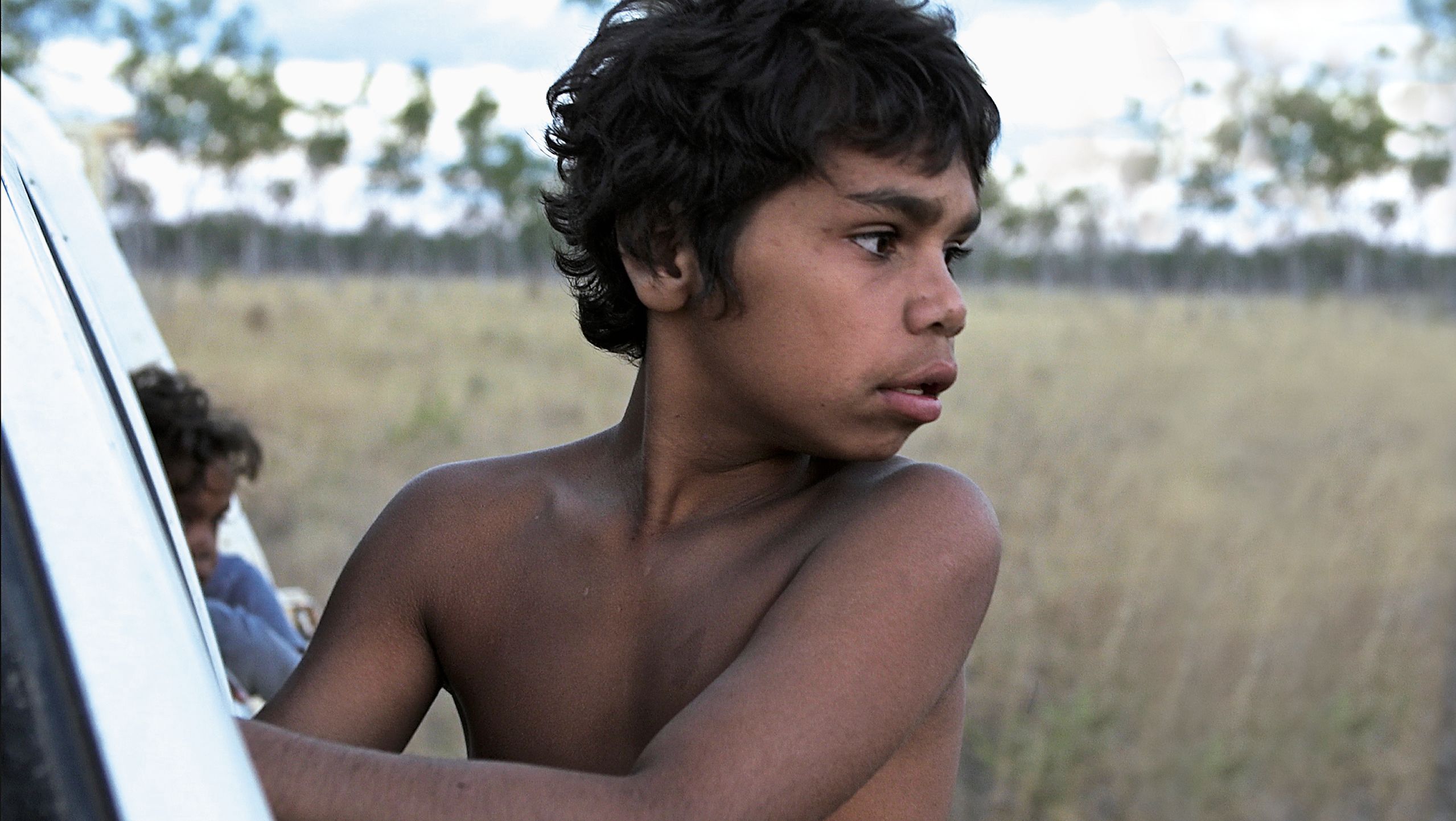 We’re thrilled that our film is now available to watch via virtual cinema screenings across the UK through Together Films. To watch the film, please visit this site and to further support Dujuan’s families’ goals for change visit our Take Action page.

Virgin Unite is a proud to support the film and is looking forward to people all over the world engaging with Dujuan's story. The film aligns with several projects supported by Virgin Unite including Children’s Ground and the prison reform work of Human Rights Law Centre. We encourage you to learn about them and support their incredibly important work.

Together we must champion development and confront global challenges