Future Astronauts and Virgin Galactic staff members are working across the world to educate and inspire the next generation of rocket scientists and space travellers – their vision leading to community outreach initiatives and multiple global partnership collaborations.

Our 'What's Your Mission' series profiles members from this incredible community – sharing their inspiring stories, dreams, and how their upcoming space travel is enriching not only their own lives, but the lives of young people all over the world. 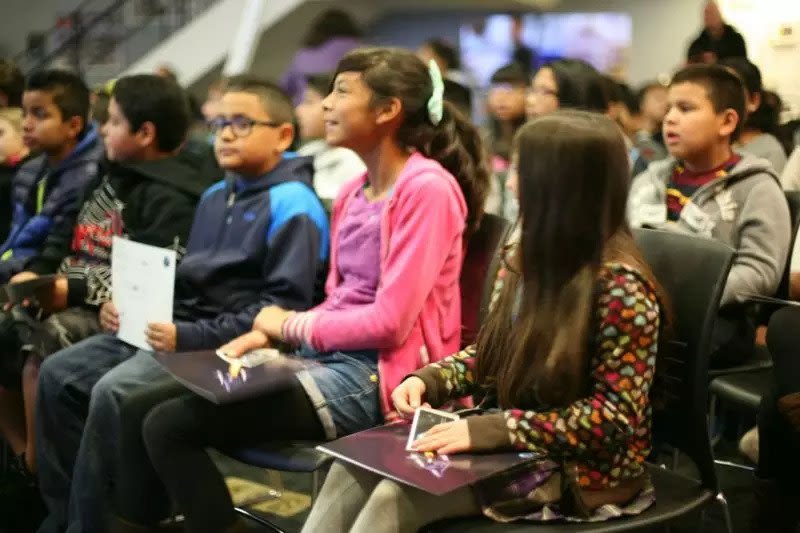 Today we’re profiling Virgin Galactic Future Astronaut, Ron Rosano. Ron has been working with students on space-related activities since 1995 and over the last two years working closely with Galactic Unite to co-ordinate and run Spacechats across the globe. Spacechats are Galactic Unite ‘virtual lessons’ and they allow Future Astronauts and Virgin Galactic employees to talk directly to students, share their knowledge and excitement about the future of space travel, and discuss the ever widening variety of opportunities emerging for young people with a STEM education.

The first ever Spacechat took place back in December 2013 and was organised by Virgin Galactic, the Challenger Center and Galactic Unite. Ron participated in that inaugural session and since then has taken on the job of running Galactic Unite Spacechats all over the world.

Ron’s passion for educating about space is driven by a desire to unite the next generation with a deeper awareness of Earth as a fragile planet. 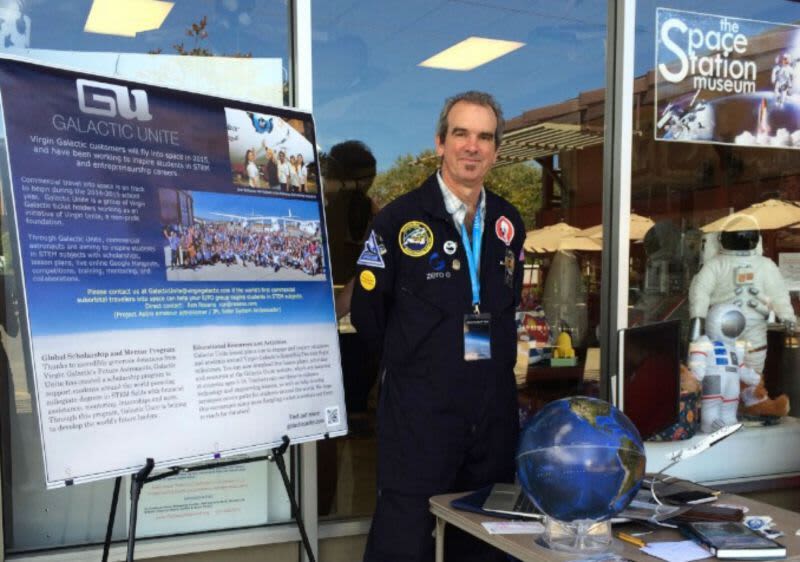 His mission is to inspire young people who may never have dreamt of space travel before and encourage them to dream big – to get them excited about the future opportunities arising in space research and in space travel. “We’re all on this Earth together. We need to look after it, and be proactive and positive about environmental awareness,” said Ron.

One of the best messages we can give students is to encourage them to have very, very big dreams, and to be prepared to work hard to achieve them – Ron Rosano

These virtual classrooms provide a way for Virgin Galactic staff and customers to communicate directly with students – encouraging them to follow their dreams and focus their efforts on things that they love doing. Ron likes to remind students to think outside the box, pointing out that: “15 years ago there were no Future Astronauts and the space industry looked completely different – now, there are hundreds of people that are committed to travel into space, and the sector is growing and evolving faster than ever. 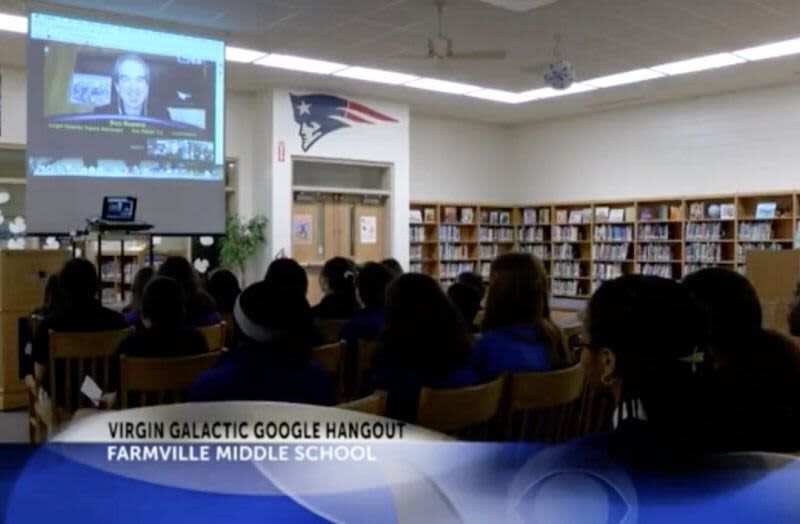 ”Ron and the Galactic Unite team coordinate closely with participating schools prior to their Spacechat day – ensuring that all kids are prepared and that expectations are set for when the Future Astronauts and Virgin Galactic team ‘arrive’. “We start off every session with Virgin Galactic participants talking very briefly about their roles in the company. We then spend the majority of the time with what have been incredible Q&A sessions. All students come prepared with questions about space, science and what our trip will be like,” said Ron.

What the team find so enjoyable about the chats is being present for ‘that moment’ when a young person first realises that they can be part of future space travel. “I never get tired of it, says Ron. I’ve seen kids with little awareness of space turn into curious and excited students eager to be part of the industry.” 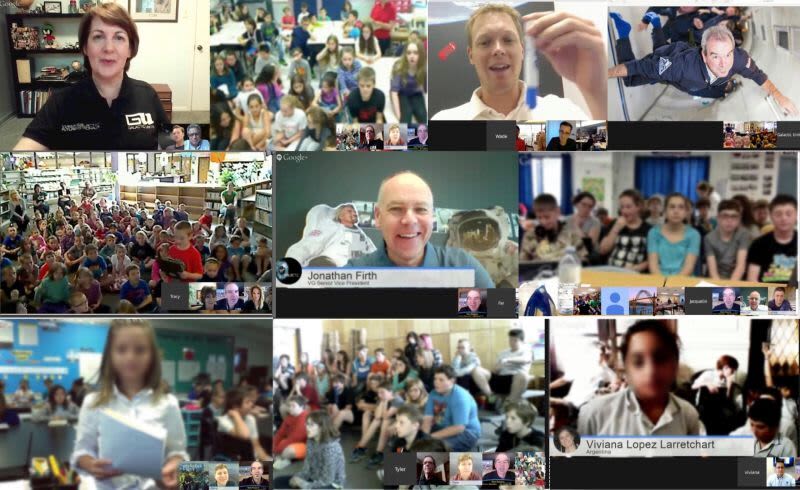 There have been over 100 Spacechats to date, reaching 5,800 young people - the flexible format allowing them to be significantly scaled-up over the years, whilst still being able to maintain a personal feel. “The great thing about doing 90 per cent of sessions as Q&As is that we guarantee that content is relevant to the students, and they all have chance to ask a question – a powerful personal interaction”, said Ron.Stephen Attenborough, Commercial Director at Virgin Galactic and a huge supporter of Ron and his work, shared the following about the Spacechat program and its impact on the next generation of space travellers: “At Virgin Galactic we believe that together we can open space to change the world for good. Ron’s fantastic Spacechat work represents that vision in action. Human space travel has an almost unique and universal ability to inspire and excite and I have no doubt that some of Virgin Galactic’s brightest engineers and scientists of the future will have started their journey in one of Ron’s virtual classrooms!”

If you know a school that would benefit from the Galactic Unite Spacechat experience, register here.

To travel to space is the stuff of childhood dreams, as well as being key to solving many of our planet’s greatest challenges. Galactic Unite is harnessing the power of space to inspire and support young people to pursue STEM-based education and ensure that future generations are equipped to solve Earth’s greatest challenges.