Mangroves stand on the frontline of climate change

Getty Images | Apomares
by Clare Kelly
Mangroves form one of the most essential ecosystems on our planet and yet they have long been one of the Earth’s most threatened habitats.

In 2017, hurricanes Irma and Maria killed 90% of the BVI’s red mangroves and nearly four years later, these forests are still struggling to recover. 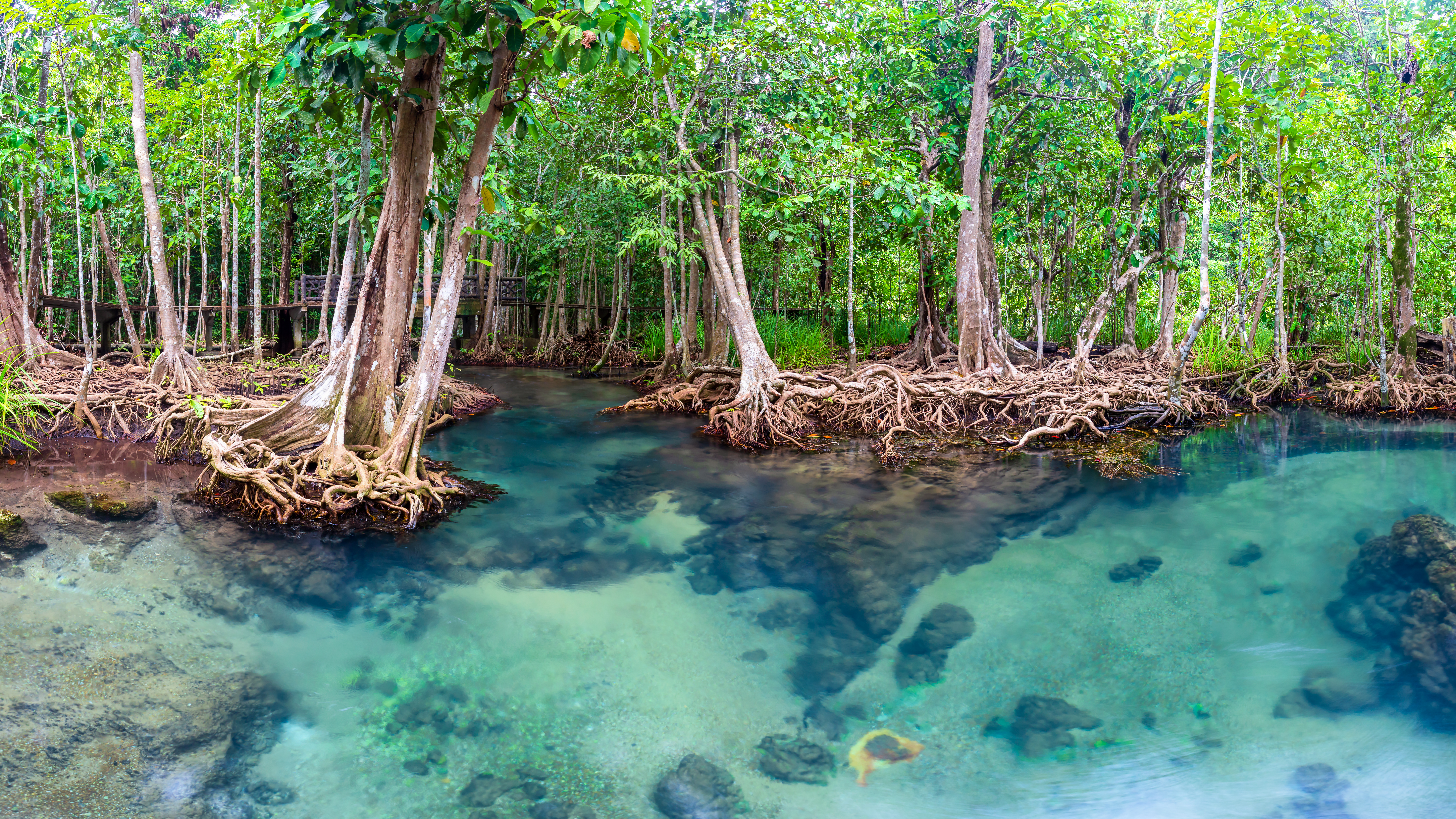 The 2020 partnership has already resulted in a two-stage mangrove nursery, fully operational and has been able to cultivate more than 2,000 red mangrove propagules (seedlings) – with additional capacity to hold 1,000 potted propagules in its shade-house facility. The nursery is raising mangrove seedlings for territory wide, community-based replanting efforts.

The project has yielded incredible results and now, thanks to support from WellBeings, is expanding to allow for greater seed production, more habitat restoration and widespread BVI training and educational outreach.

The ongoing health of the territory’s mangrove forest is essential to the marine communities which they sustain.

A key expansion area for the project will come through training community leaders to organise and implement mangrove out-planting, and from the development of long-term monitoring throughout the territory.

Every team involved in the project, including the BVI’s Ministry of Natural Resources and several other community partners, is working together to ensure that seedlings raised in the nursery are out planted at priority restoration sites, and that the necessary training and outreach programming is set up effectively.

Dr Sauda Smith, executive director of Unite BVI says, "The ongoing health of the territory’s mangrove forest is essential to the marine communities which they sustain. It is incredible to see how the collaboration between government, non-profits and donors has enabled this project to flourish."

The training modules created by HLSCC are promoting community engagement and in doing so advancing the BVI’s Blue Economy. Young professionals, college students, and high school students are learning aspects of mangrove cultivation through hands-on experience, and local interns are now leading educational tours for visiting youth groups and assisting in the organising of wetland clean-ups and mangrove out-plantings.

The Caribbean is on the frontline of the climate crisis and mangroves play a critical role in the region’s ability to combat - or succumb to - climate change.

Acknowledging the critically important role that mangroves play in sequestering carbon from the atmosphere, providing coastal protection from storm surge, and providing critical habitat for marine species is essential for ensuring a safe and secure future for the BVI.

“This is one of the most promising investments that can be made within the environmental conservation space in the BVI. It is currently the only mangrove restoration project happening at scale across the BVI and it is wonderful to see such enthusiasm and commitment to the project’s success,” said Kim Takeuchi, Unite BVI foundation manager.

The Caribbean is on the frontline of the climate crisis and mangroves play a critical role in the region’s ability to combat - or succumb to - climate change. Fortunately, nature has delivered a simple, elegant, and time-honed solution to the crisis in the form of the mangrove and it is essential that we do all we can to protect them.

Unite BVI Foundation is a not-for-profit foundation with a vision to create opportunities that inspire and empower a generation of world-changers, starting in the beautiful BVI. The NPO works to bring together people, great ideas and resources for sustainable positive impact. For more information check out the NPO’s website at unitebvi.com