Looking at the stars and understanding our universe should be discussed in all languages, not just English

Amazing talents are buried in the minds of so many young people in the Middle East but many young, gifted students aren’t sure how to progress onto a career in STEM.

The language barrier can be a problem for many – if you don’t speak English, you’re essentially excluded from conversations about space exploration. I’m a Propulsion Development Engineer at Virgin Orbit and I’m trying to address this issue with a bilingual Instagram account – The Arabian Stargazer.

As science in the Arab world retrogressed, the lack of a scientific mindset in medieval madrassas (and in wider society) reflected an absence in our capacity to build a new generation of scientists, engineers and space explorers. From around 3500 BC scientists in Sumer (now Iraq) were recording observations their of the world with extremely thorough numerical data. Many of the most important discoveries in the science world were discovered by the Mesopotamians – they were leaders in mathematics, chemistry and astronomy.

The historical, scientific, and intellectual contribution of Arabs’ to civilisation has carried the light of learning through so many centuries – from the development of algebra and algorithms, to the discoveries of astronomical events, to understanding diseases and medicine – this was all  part of the Arab golden age. 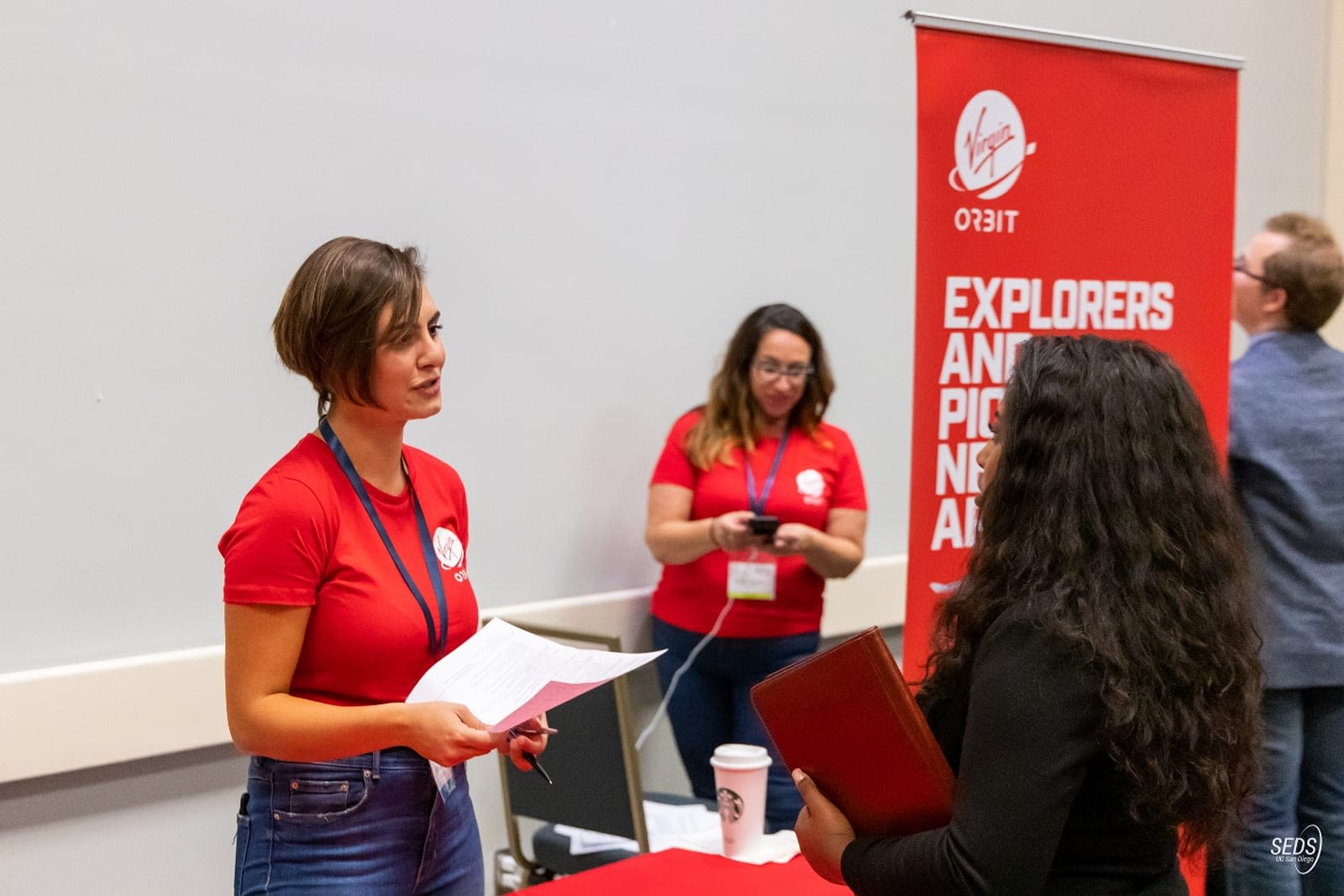 I am a space enthusiast who likes to build, fire and integrate rocket engines into spacecrafts. I was born and raised in Baghdad, Iraq and moved to the United States in 2008. Throughout my years as a Chemical Engineering student at UC San Diego, I’ve found my calling – contributing to the goal of exploring outer space.

To achieve that goal, I have involved myself in projects that advance commercial space transportation and infrastructure. I was the Propulsion Team Lead in The Students for the Exploration and Development of Space – researching additively manufactured propulsion thrusters. I lead the propulsion team that designed the first CubeSat, Triteia – the first ever build to go to lunar orbit with a chemical propulsion system, powered by a 3D printed thruster – it was named Callan.

In addition to my involvements in SEDS, I completed several successful internships while an undergraduate student, working at Northrop Grumman, NASA JPL, and Space Micro in addition to a job at UCSD's Stable Isotope Laboratory. The summer of my graduation, I joined the Brooke Owens Fellowship as a Structures intern at Virgin Orbit.

Luckily, Virgin Orbit’s mission and culture was the perfect fit for my career and aspirations and I am currently a Propulsion Development Engineer at Virgin Orbit, working on Stage Systems of LauncherOne.

I feel incredibly blessed to have been given these opportunities. I’ve been able to follow my dreams into the heart of the space engineering world and now I want to help the younger generation in the Middle East, so they too can be part of the world of STEM. 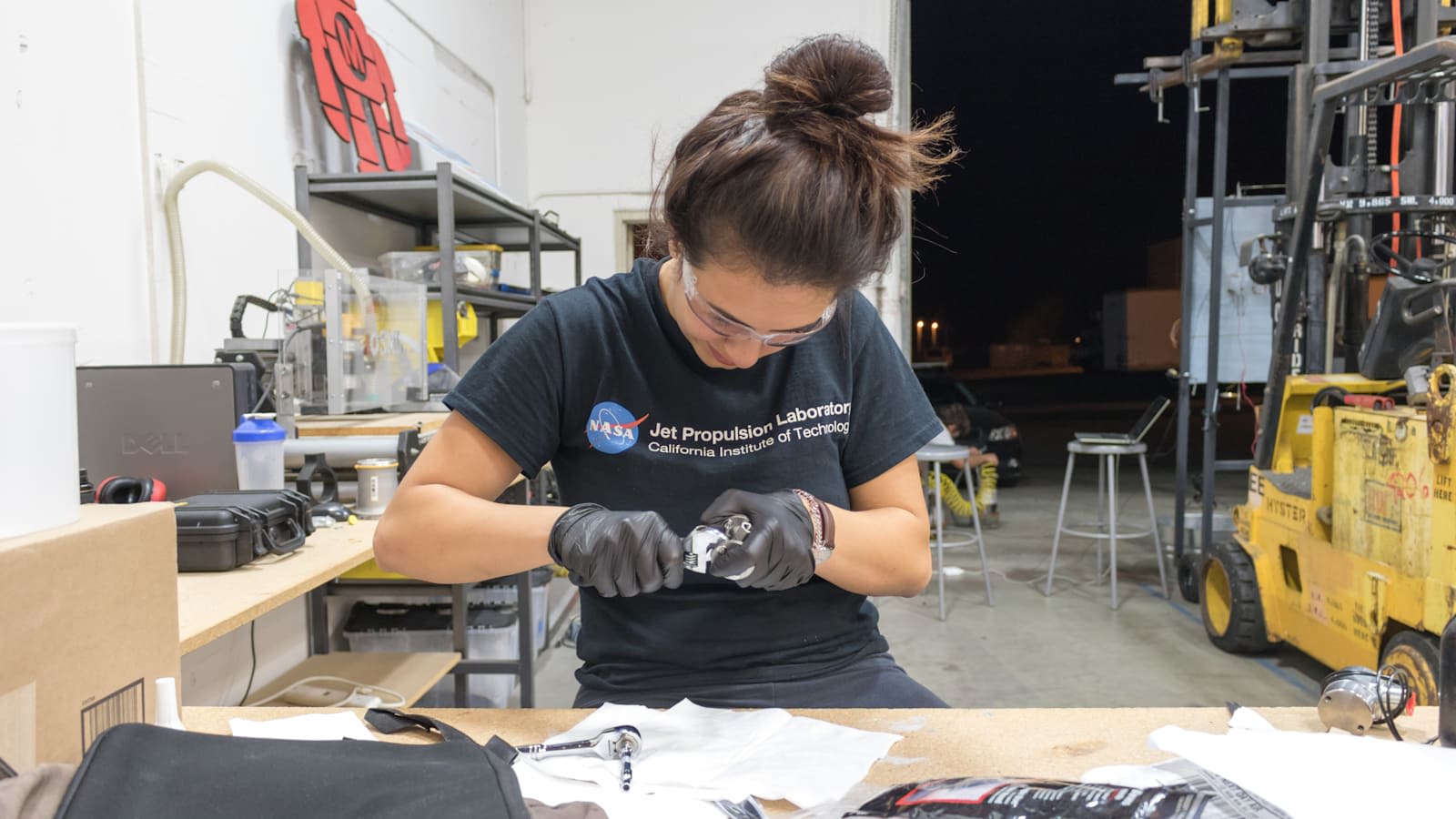 We have a desperate lack Arab educators and science communicators and for me it was often difficult to overcome science and engineering challenges alone – the answers were simply not available to me as an Arab immigrant. To address this gap, and to share the wonder of space and science, I am running a bilingual Instagram account called “The Arabian Stargazer”. I strongly believe that amazing talents are buried in the minds of so many young people in the Middle East and that hope and direction is all they need.

The Arabian Stargazer page includes videos, pictures and riddles about subjects such as “Why should I be an Engineer?” and “How does Space Exploration helps us here on Earth?” The page includes weekly series such as “Badass Women Tuesday” or “Unforgettable Achievements in Space Flight Sunday”. There will soon be even more features including Q&As with astronauts, CEOs, scientists, engineers and many more. I want to engage the young Middle Eastern community with public figures and knowledge that will expand their horizon!

So far the page has reached over 50,000 followers in just over two months – receiving incredible engagement and feedback. The age of followers ranges between 13-44 years old, with the majority between the ages of 18-24 years. I also receive hundreds of messages from around the world – sharing their thirst for knowledge of space, and science, and questions of how to start a new, STEM based career.

My ultimate goal is to be able to develop a student science camp across the Middle East, equipped with resources, materials and opportunities for students to learn tangible skill-sets about engineering and science. The camp will be led and taught by highly professional teachers in their fields, where they will provide students with an intensive curriculum in various subjects like math, science and physics. The Arabian STargazer is an amazing project for me and an important stepping stone to a much bigger project. Awareness and education is an integral part of a peaceful society that the Middle East is in desperate need of.

I want to help bring back thirst and curiosity for discoveries and inventions to the Middle Eastern world. This starts with us, right now, by raising awareness to the younger generation. Please join me - visit The Arabian Stargazer and let's spread the word (in multiple languages) together!