How the ocean is key to life on Earth

While the world is finally turning its attention to the problem of carbon emissions, we are missing something big.

While it’s positive that the recently concluded climate discussions at COP25 in Madrid, Spain, finally recognised the ocean as a key part of the climate system, solving the climate crisis is not just about radically reducing carbon dioxide in the air. We also need to sustain the level of oxygen in the ocean. In fact, the two are inextricably linked.

Human activities are driving this life-giving gas out of the aquatic world that provides 90 per cent of the available living space for species on Earth. This increasingly widespread phenomenon is being termed by scientists ‘ocean deoxygenation’.

Of the two main causes of deoxygenation, one is increasingly well understood: the loss of oxygen caused by nutrient run-off from land and sewage, and the deposition of nitrogen from the burning of fossil fuels. Such nutrient enrichment induces excessive growth of algae which ultimately results in oxygen depletion of the water body.

This has resulted in marine areas where oxygen levels are now so low that life struggles to exist. Of the 700 known “dead zones”, 500 have formed in estuaries and other coastal water bodies since the 1960s.

The other, more recently recognised cause is the heating of the ocean due to climate change. Over 90 per cent of the excess heat resulting from the enhanced greenhouse effect in the atmosphere has ended up in the ocean, supercharging it as the largest thermal reservoir on the planet. All that heat coupled with climate change-driven changes in weather, winds and currents, is driving progressive ocean deoxygenation across great swathes of our watery world. 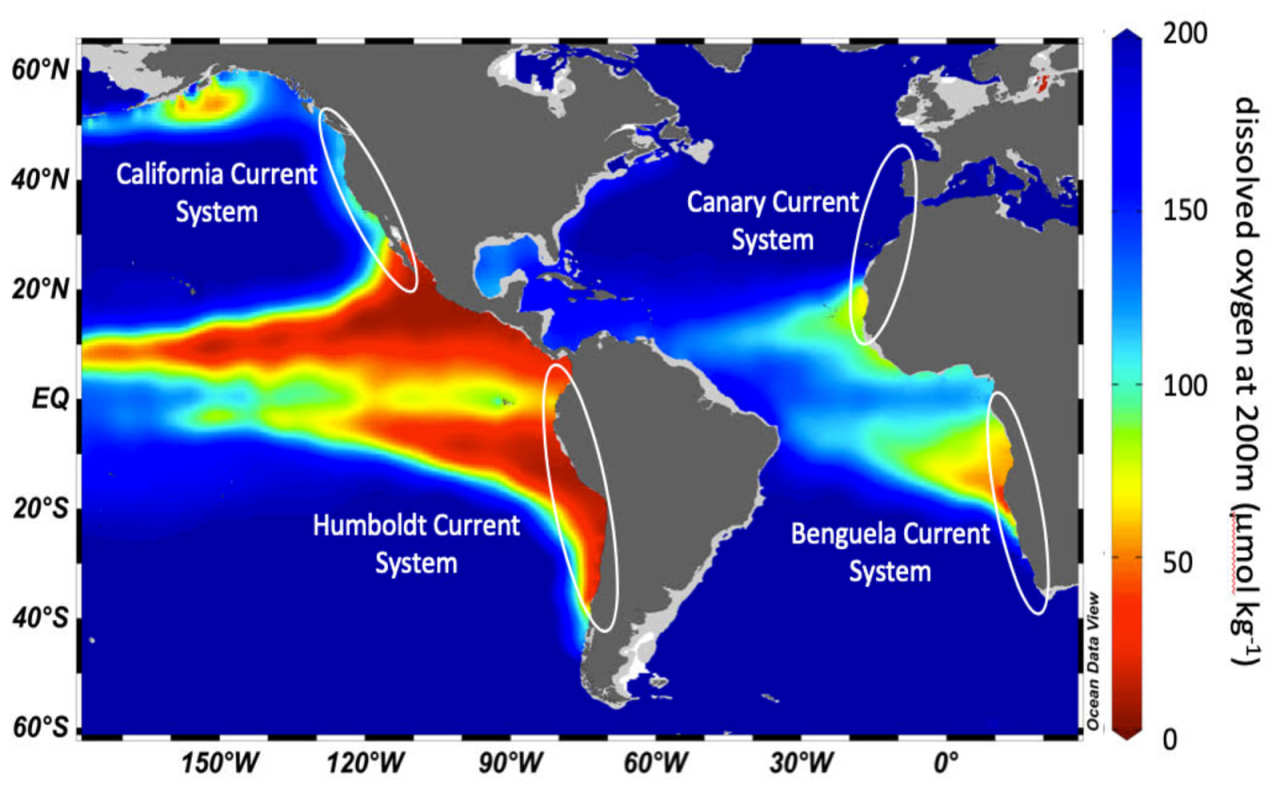 Ocean heating reduces the amount of oxygen seawater can hold and reduces the replenishment of ocean oxygen that normally occurs through vertical mixing.

These two causes intertwine as the heating makes it more likely that greater numbers of coastal areas will now tip into low oxygen conditions.

It may seem odd that a gas such as oxygen that is present in such small amounts in the ocean can turn out be so disproportionately important at a global scale. Yet it now seems that even the slightest change in its concentrations in the ocean can spell big trouble. It can lead to decreased suitable habitats for many bottom-dwelling marine organisms and the displacement of fish species, making them more vulnerable to capture. 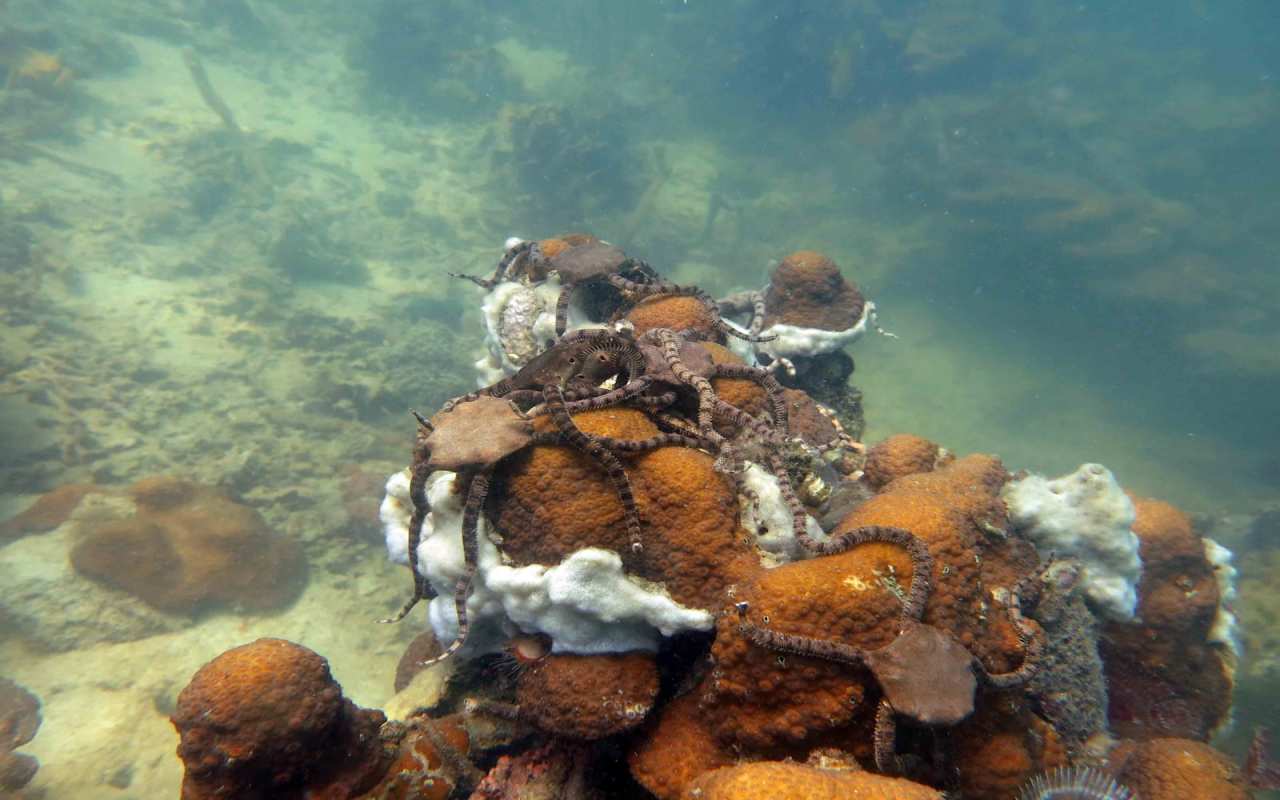 Image from Dr Maggie D. Johnson - Brittlestars and gastropods, normally hidden in cryptic spaces on a coral reef, attempting to flee low-oxygen conditions during a hypoxia event that affected coral reefs on the Caribbean coast of Panama in 2017.

In addition, when dissolved oxygen falls seriously low, it can result in the disruption of natural processes that cycle and recycle key elements essential for life on Earth. These elements, on which human health and wellbeing depends, include nitrogen and phosphorus, leading in some cases to the generation of more greenhouse gases.

While efforts need to be redoubled to reduce the root causes (carbon dioxide emissions and nutrient enrichment), the health and wellbeing of the ocean must also take centre stage. It may be even harder to reverse the trends of losses in oxygen, but if we don’t act urgently we will continue to lose oxygen from the ocean as climate change takes even stronger hold of our world.

The ocean is of tremendous economic value and is also a huge part of the climate solution, helping to buffer the impacts of climate change on land. The healthier it is, the better it will be able to perform those roles. So we need to return the favour by properly protecting much more of the ocean, providing it with a breathing space for recovery and replenishment, just as it has been quietly protecting all of us day in and day out from the worst effects of climate change so far. 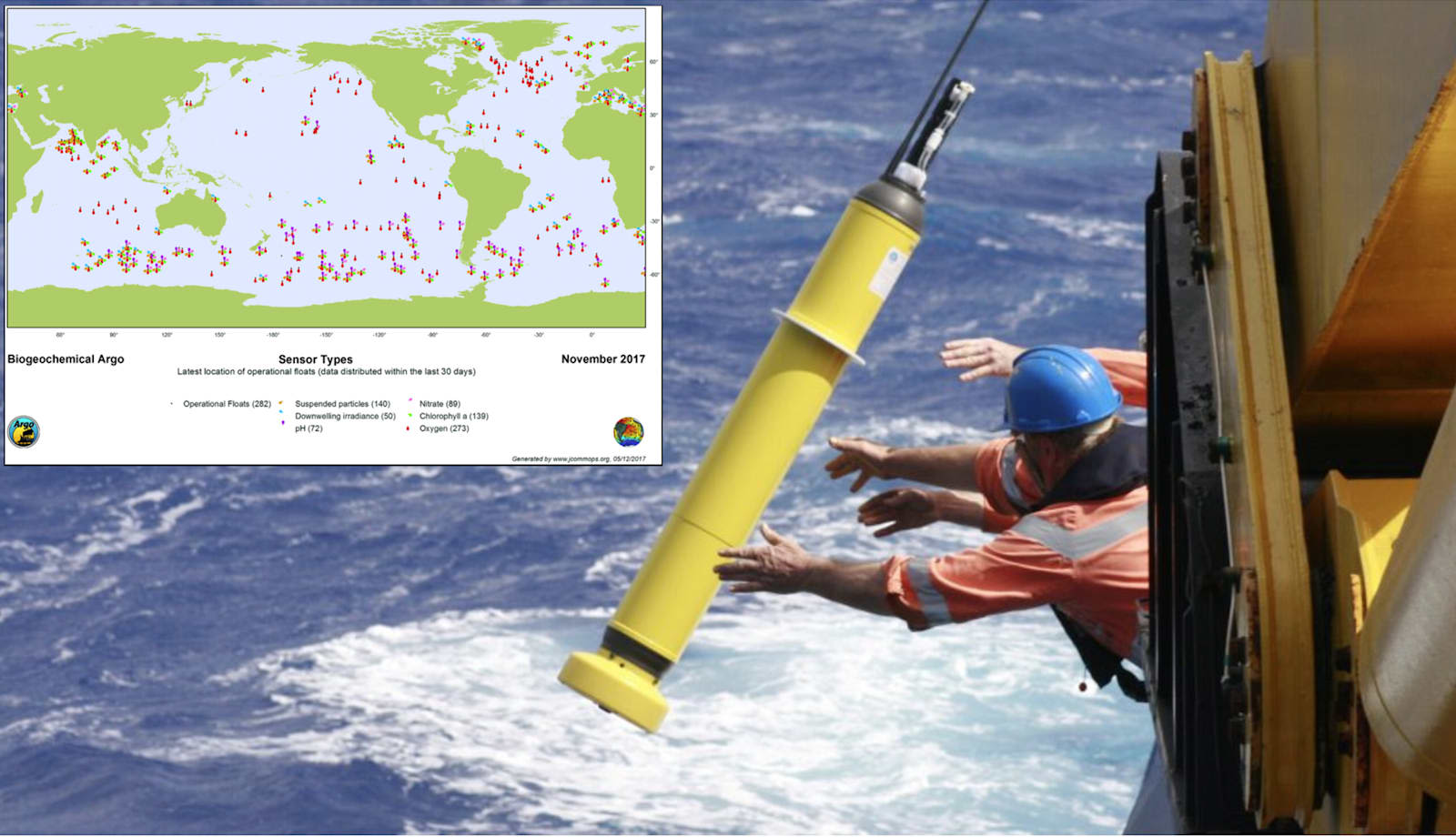 Image from CSIRO - The deployment of an Argo Float in the Indian Ocean. Map showing the locations of 292 operational Argo floats equipped with biogeochemical sensors, of which 283 have an oxygen sensor in October 2017.

The fact that life-giving oxygen is being squeezed out of the ocean is the ultimate wake-up call. As a blue planet world can we afford to make excuses about inconvenience and cost instead of taking ambitious action? The dithering and delay we saw at COP25 could ultimately cost us the earth, and the very system that keeps us all alive.