Fatima was 12 when she dropped out of school because the nearest one was 90 minutes away.

She was worried about continuing her education and what she would do to support her family, until she came across the Eve Branson Foundation (EBF), which is dedicated to helping the Berber community thrive.

Fatima joined a knitting group and learned how to create artisanal items, which has helped these girls to craft their own futures and be financially independent.

Kasbah Tamadot and Virgin Unite work hand in hand to improve living standards in the communities around the property. This effort is spearheaded by Eve Branson.

The EBF has a number of initiatives aimed at upskilling the Berbers, such as introducing crafthouses and woodwork centres, and also provides support to improve the self-esteem of girls who have dropped out of formal education.

Each project is created to be small and sustainable so that it can make a positive impact on individuals in the Berber community and provide them with an ongoing means of income and learning.

The EBF now runs three craft centres – all of which provide the opportunity to learn artisanal skills that can lead to a future income for individuals and their families.

The centres also help to preserve ancient Moroccan traditions in craft-making. Embroidered Berber motifs use the symbols of the Amazigh Berber language to tell stories. The techniques used include weaving on ancient foot-operated looms, embroidery by hand and carving and sanding reclaimed wooden organic structures, by hand.

What’s more, the EBF promise that at least 40 per cent of the purchase price goes directly to the artisans who crafted it. The remaining amount goes directly into sustaining the core programmes and covering the running costs of the centre.

Fatima Imni was one of the first young women from Tansghart village who learned to knit with Eve. She loved Eve’s passion to teach the local girls new skills, and soon more than 30 girls began gathering regularly to learn to knit; this led to the creation of the first craft centre.

Fatima used to work in the fields of her family’s apple orchard, but was always very eager to continue her studies in order to help herself and her family. "When I started going to the craft house, I learned some English and learned how to sew, and then my items would sell and I started to make money for the very first time. I became independent. Now I can buy certain things l would like to have.”

She successfully completed a tailoring programme in Tansghart craft centre and became an assistant to the resident teacher, Rachid. She also received retail training at the boutique at Kasbah Tamadot. 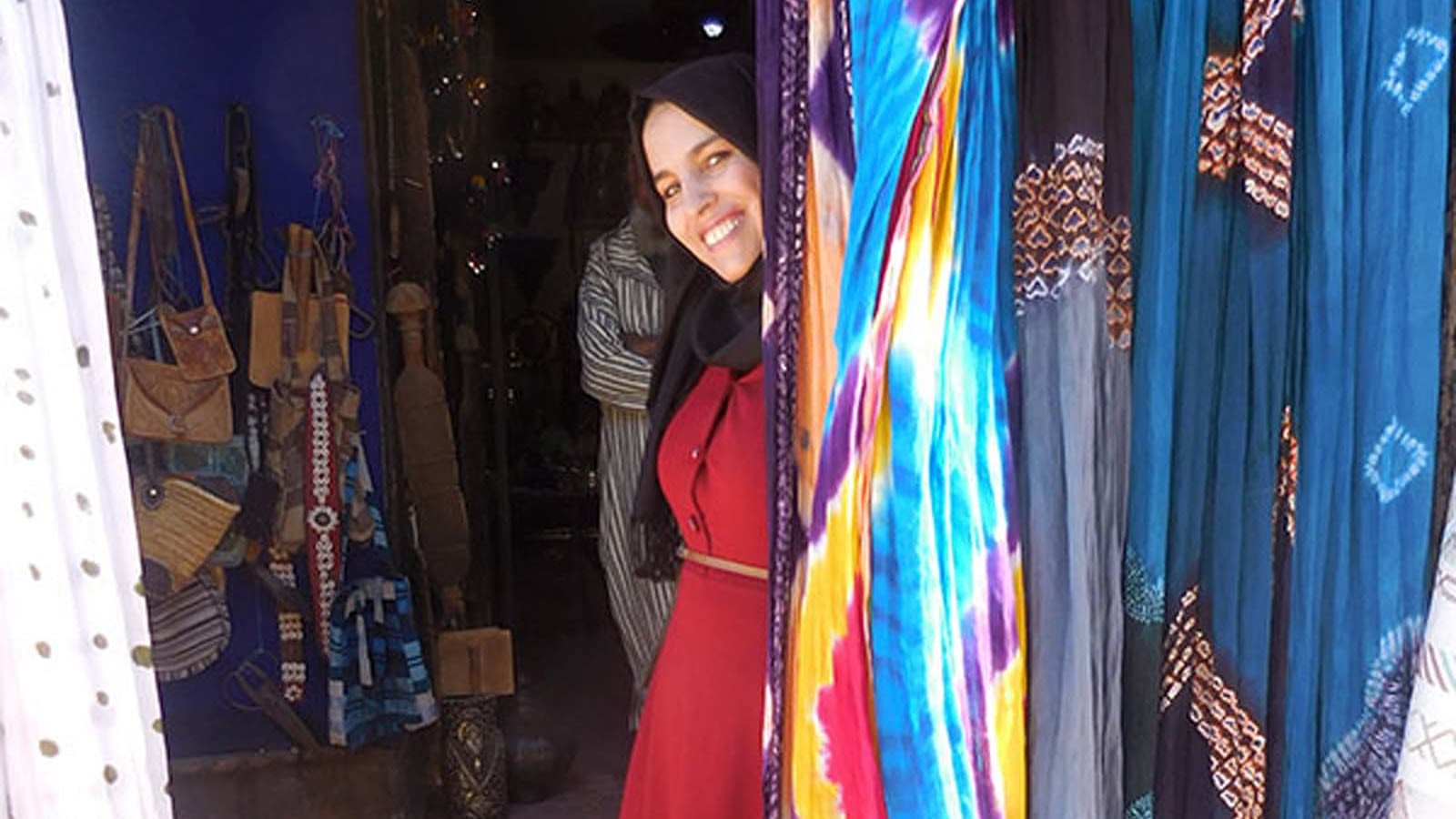 Image from the Eve Branson Foundation

“I will remember always, a ride up to Imskar with other girls from the crafthouse for a picnic, making music and celebrating together. I have put my feet on the right path now and l will never look back. I see my future clearly”.