8 ways you can actually make a difference to climate change

Feeling hopeless when it comes to climate change?

The People’s Climate March that will take to the streets of Washington, D.C. this Saturday will be plenty more pointed than similar demonstrations that have galvanised the masses in the past.

Three years ago, more than 400,000 people descended on New York City to make their thoughts, feelings and fears heard. This time around, with a White House administration that seems determined to protect the fossil fuel sector and a Congress full of policy makers unsure that climate change even exists, the stakes are higher and numbers likely to be much bigger.

Despite much more positive movements by countries everywhere to put the issue on the political and economic map, solving such a big, complex, boundary-less problem like climate change can leave us feeling helpless.

But fear not. Drawing on the no-doubt-positive vibes emanating from this weekend’s DC protests – which have been backed by more than 800 businesses and NGOs keen to share their voices – there is no place for feeling hopeless and powerless in the face of the greatest challenge facing humanity right now.

Here are eight ways you can shout, stomp your feet, act and urge action on climate change.

1. Put pressure on the brands you love and loathe

Climate change is very much on the corporate radar, with the large majority of big businesses already making pledges to reduce their planetary impacts. This has largely been driven by an acknowledgement that carbon = energy, and if you reduce your energy use, you get to save money.

But as consumer understanding of the issue has increased, the more progressive companies feel compelled to take their carbon reduction efforts further – helping suppliers cut carbon, or enabling consumers themselves to do the same.

By choosing the brands you shop with, based on their efforts to do something about climate change, you can have a huge impact. Money talks.

The production of livestock is one of the single biggest contributors to our greenhouse gases. In fact, animal agriculture accounts for some 18 per cent of greenhouse gas emissions, largely thanks to trees being lost to find more land for cattle.

Becoming a vegan or vegetarian could cut the pollution impact by up to 70 per cent by 2050, boosting the economy in the process because people will have less dietary-related health issues. We’ll all look and feel better too.

"Cut back on the Meat or Ditch it all together”. Why? Because we have companies that serve meat…it’s also in line with the one below on reducing or ditching the car. 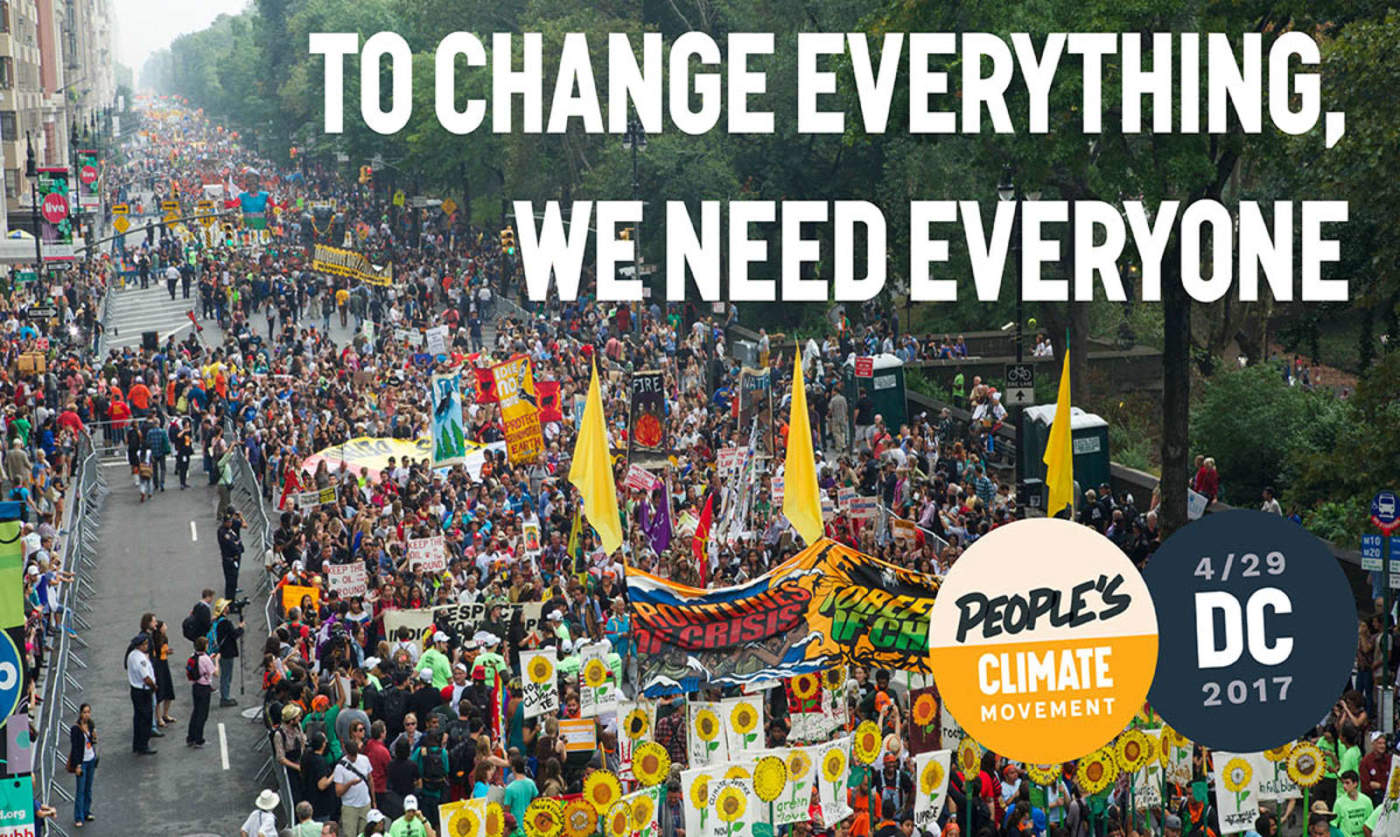 3. Buy a more fuel efficient car – or ditch it altogether

Okay, so the electric car revolution is well and truly here. But while green car prices continue to fall, making that transition to a buy an eco-friendly car is not an option for everybody.

Instead, consider the impact of your vehicle and the amount of nasty stuff it pumps into the atmosphere. Diesel cars pump out up to ten times more toxic pollution than even lorries or buses, according to new data. And the fact that, in the UK, almost 60 per cent of Britons live in areas where diesel pollution threatens people’s health, should sound the alarm bells for us all.

Of course, ditching your car altogether – or signing up to one of the numerous car sharing clubs popping up all over the place – is the better, albeit more drastic, option.

Those in the White House will not fail to take notice of the hundreds of thousands of people traipsing past holding placards, singing songs and generally getting their opinions across in the most democratic of ways. If you care about what’s happening to the planet, join in the chorus of disapproval and calls for action to change our environmental trajectory.

You will certainly not feel alone anymore and the camaraderie and atmosphere of such collective embraces has spurred a million new ideas and launched a thousand careers in advocacy, activism and politics.

5. Vote for the planet

One of the greatest obstacles the planet must overcome is political indifference or ignorance on the subject of global warming. Governments everywhere have the power to implement policies and regulations that will help to avert the worse impacts of a warming planet.

Find out which of political parties stand firmest on developing solutions that will help to turn the tide on greenhouse gas pollution and promote clean energy and technology companies that are fitter for the long term. After all, the clean energy economy, for example, is already a $200 billion market in the US and $1.2 trillion globally; the economic argument that politicians are so keen to trot out has already been made. 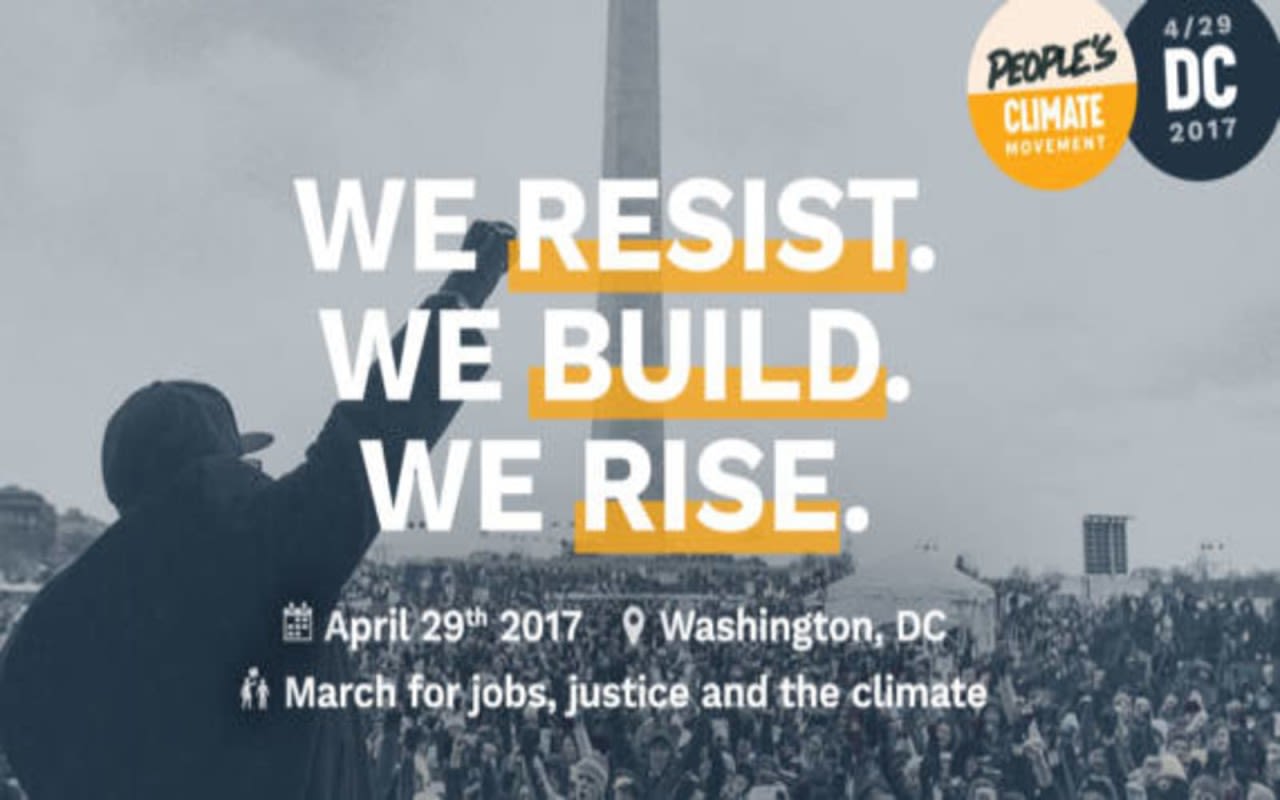 Okay, so what do you do when you’ve got something on your chest? You talk, right? You call you’re friends; you kick start a chat at a family function; you interrupt work colleagues in the staff canteen and strike up a conversation.

Well, get climate change off your chest too. Talk to anybody and everybody that will listen. Get your point across in a clear and concise way. And do the same on social media too.

While not perfect, eco-labelling exists for good reason. Seek out the products bearing badges such as Fairtrade, Rainforest Alliance, Energy Star or Better Cotton, and be safe in the knowledge that these types of non-profits organisations are working hard to protect the planet’s resources and, in turn, dial down emissions across a range of product categories.

Believe it or not, many of the big energy players want to transition their business models to focus more on green energy. They know that business-as-usual will leave them high and dry within the next ten to 30 years and they are keen to diversify their asset portfolio, to switch out dirty fossil fuels to more solar, wind and hydro.

And they are going to need your help getting there. Seek out the best clean energy offers – not only from the bespoke, green players, but also the various specific offerings of the more traditional companies in the energy market.

Renewable energy jobs currently outnumber those in fossil fuels by five to one. By encouraging the market to make better and greater investments, we can help to support a burgeoning new economy built on renewable energy.