When we started making In My Blood It Runs, I thought it was simply a film about the education system in Australia – how is it blind to, devalues and corrodes the skills and confidence of First Nations children.

As Senior Arrernte Elder, Margaret Kemarre Turner, put it “Everyone says we need to make our children ready for school, but why can’t we make schools ready for our children.”

What emerged, to my surprise, over three years of filming was what many politicians and policymakers find hard to absorb: conversations about education cannot be separated from those around welfare, policing, poverty and, very importantly, youth detention. The ‘school to prison pipeline’ is clearly a well worn pathway in Australia for Indigenous kids.

10-year-old Dujuan is a child-healer, a good hunter & speaks three languages. As he shares his wisdom of history and the complex world around him we see his spark & intelligence.

Dujuan, the lead in In My Blood It Runs is an extraordinary kid, as I’ve found that most children are when you give them space to speak their naive, yet morally proficient wisdom. Dujuan is an Angangkere, a traditional healer, a family doctor.

The poetics of this play out on screen in the context of him becoming a cinematic conduit for the Australian public to learn about how identity – land, culture, language – is not only important, but fundamental to his, and all First Nations children’s wellbeing.

Throughout the film he is grasping Arrernte language and, pushed gently by his grandmother Carol, he timidly learns to name his surroundings, to repeat the old words that with practice slowly rise from his tongue. We learn at his pace, and admire his focused persistence on the sounds most Australians cannot even hear. This is only one of the hundreds of true Australian languages, and most of us cannot speak any of them. 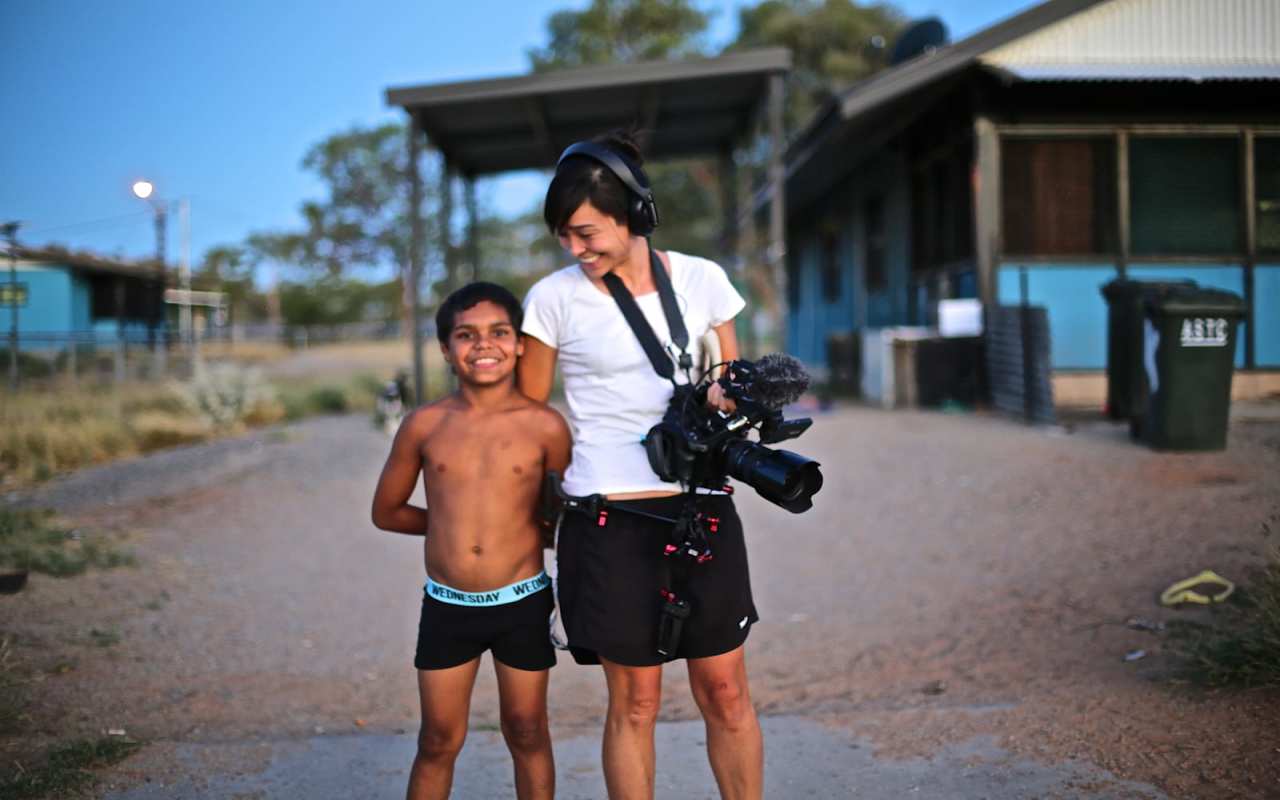 At school, this same child is essentially told he is a failure. A stream of ‘E’s – the worst mark on a report card, leave him dejected and feeling ‘like there is something wrong with me’. Disengagement gathers speed in each scene: a history lesson where he is told Captain Cook was a hero who ‘discovered’ Australia. A lesson about his Dreamtime, where the teacher refers to it as a belief she doesn’t understand. The government cuts to family benefits to his mother to punish her for his absence from school. Suspensions, followed by expulsion with little to no family consultation or meaningful support.

All this on the backdrop of intergenerational poverty, hungry tummies, high police presence, violence where they live, social exclusion and the widely seen news story revealing children being tortured and locked in solitary confinement in the local youth prison at Don Dale. Some of these kids are Dujuan’s age (10 years old), some are Dujuan’s family, and 100 per cent of kids in youth detention in the Northern Territory are Aboriginal.

When welfare comes knocking asking for meetings about the children’s ‘care’ arrangement, Dujuan fears being removed from his mother, like his grandmother who was hidden in the scrub to escape the infamous ‘Stolen Generation’ in Australia. As he hears these stories he becomes ever more cognisant of the histories that run into him, Dujuan articulates that he can ‘feel something – a memory. A memory of Aboriginals.’ How can we deny the horrors of the Australian history, when it is still repeating itself - even this child can see the ways the past connects to the present? 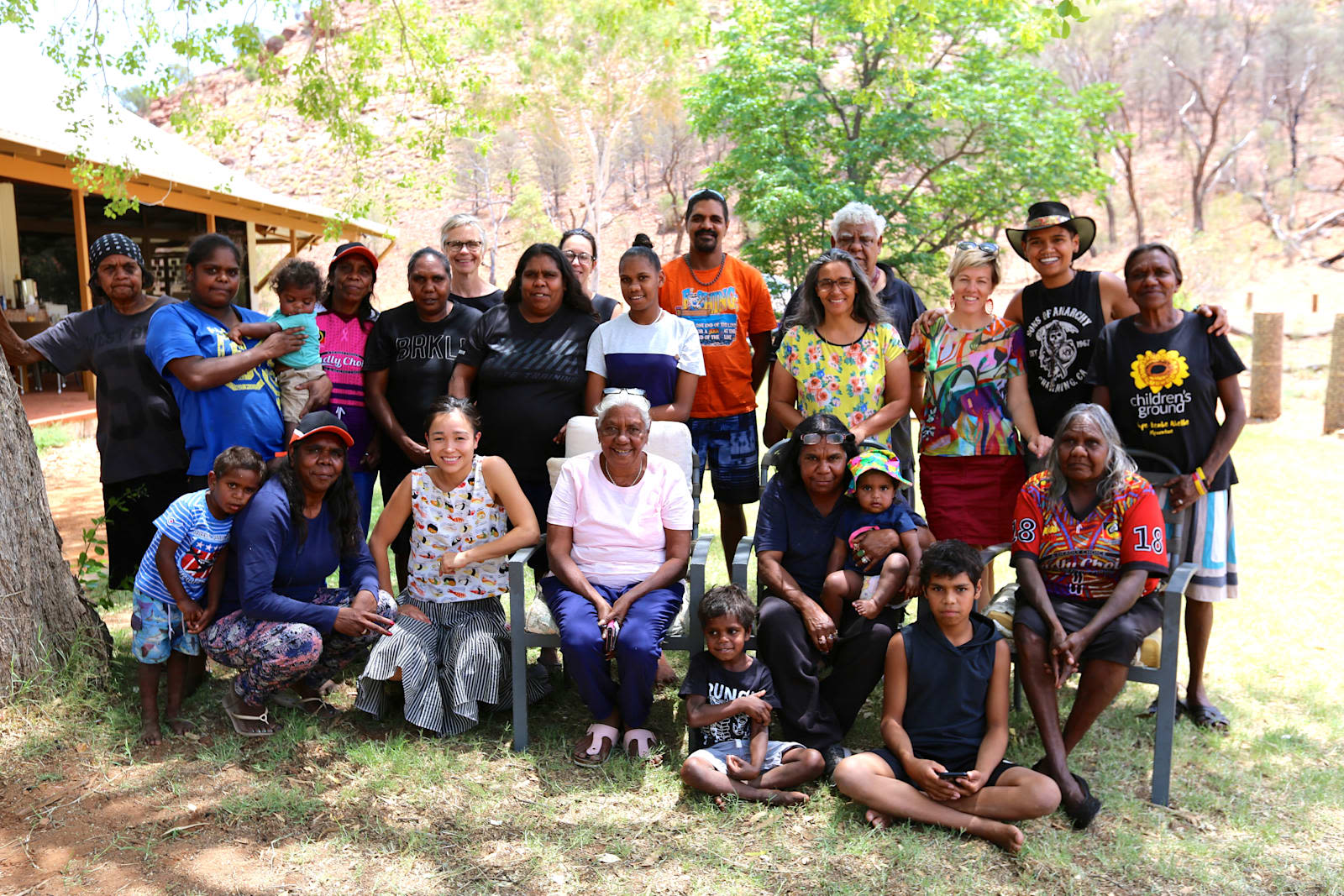 School is often seen as a ticket out of disadvantage, but it is clear by Dujuan’s second school that the ‘this is your last chance’, punitive mentality is not going to save the day. Instead, family members, school principals alike continue to draw the inevitable line between school and prison: “If you don’t go to school, you are going to juvie [juvenile detention].”

As things started to unravel with Dujuan’s schooling, I began to realise that we were making a film about more than just schooling – I was observing and filming a boy travelling perilously close to incarceration. I was deeply worried for Dujuan and I wasn’t sure I wanted to make that film, but it was what was unfolding before us. 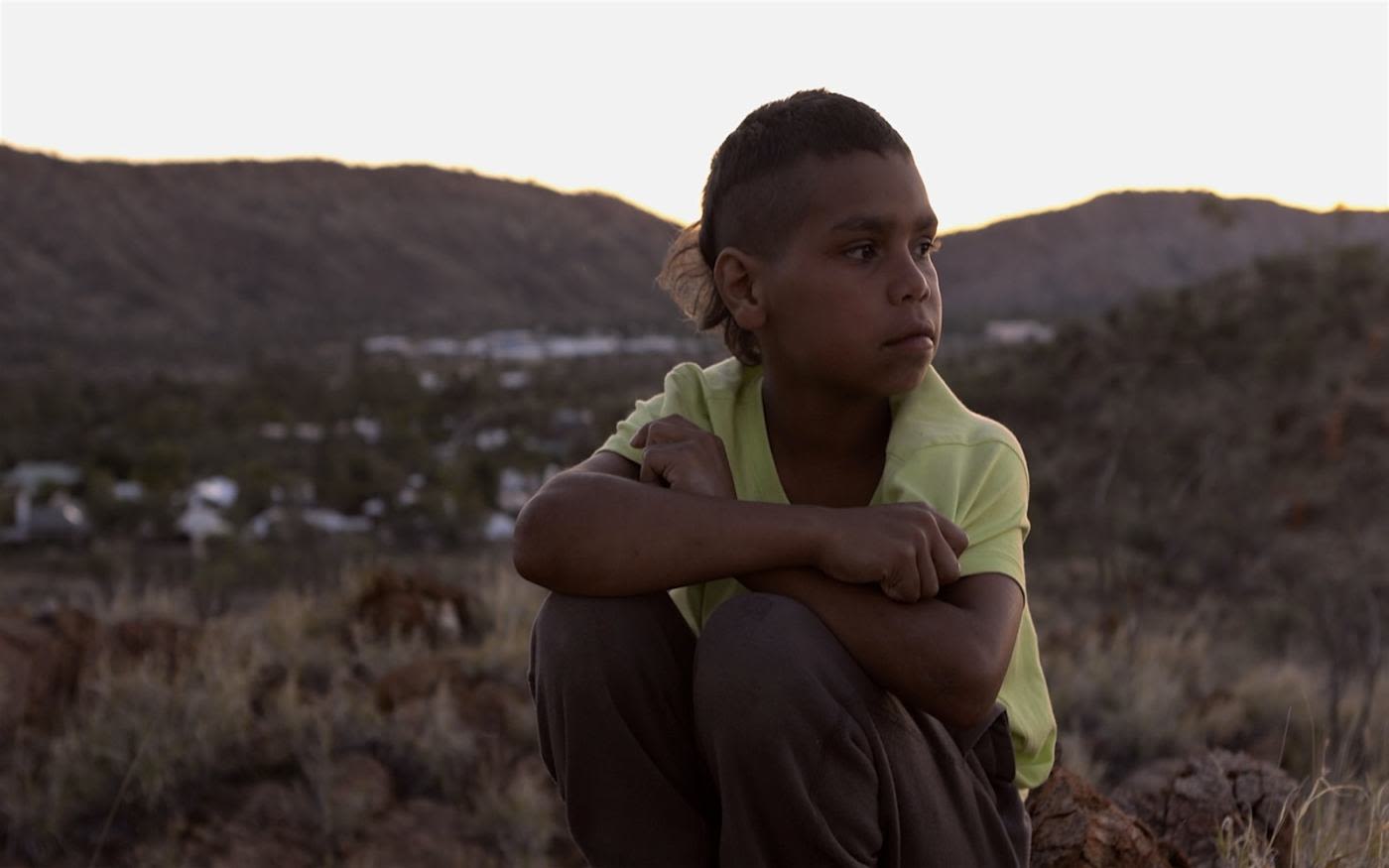 Spoiler alert: Dujuan is okay now. He narrowly escaped prison thanks to the love, fight and ongoing care of his family who, while never asked for their input by the systems bearing down on their child, found a solution that worked for him.

But as we release the film, law and order rhetoric rolls on. Groups of angry business and property owners gather to oppose progressive legislation that would raise the criminal responsibility from 10 to 14 years in line with international human rights standards. The ‘tough on crime’ narrative is strong. Across Australia politicians brace themselves with more police and tougher punishments for kids as they approach the next election. Yet where did the idea that locking up children builds safer communities come from and is there any real evidence?

Studies show that the younger a child has their first contact with the criminal justice system, the higher the chance of future offending. And all incarcerated children may suffer from poorer health, as youth detention is associated with higher risks of suicide and depression. As a society, we have a responsibility to protect all community members, but also a responsibility to listen to evidence, keep these children safe and provide real pathways and opportunities for their futures.

Governments can make this happen by helping children to remain in school and by building the capacity of families to provide the care and support children need. In particular children under the age of 14 years who are undergoing significant growth mentally, emotionally and physically should be dealt with in a way that fosters healthy development and positive behaviours. No child should be exposed to the criminal legal system to deal with challenging behaviours; a holistic, culturally safe approach should always be the first option. 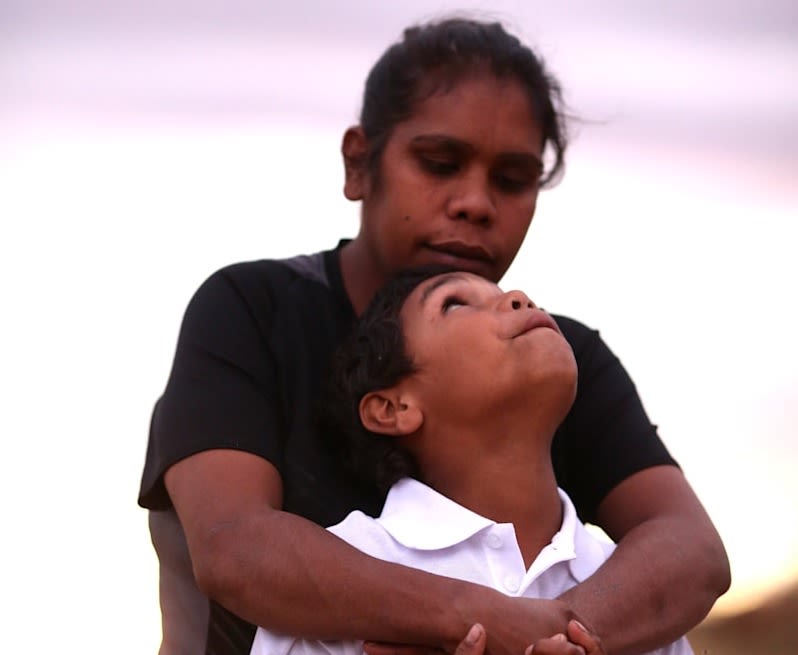 One of our film advisors, Elder and Aboriginal leader, William Tilmouth, is dumbfounded by the current approach: "The trouble is, we throw all the money after the damage is done. There's nothing helping to work on the prevention of what's happening downstream."

Looking upstream, Dujuan’s grandmothers at Children’s Ground see building a First Nations-led and controlled education system as a way to catch children before they stumble. We do not need to collect them at the bottom of the cliff, we should we working to offer systems that reflect their identities and empower them to be proud contributing members of society.

After asking the Australian Government to listen to his requests for change, on September 9th, Dujuan will address the The United Nations Committee on the Rights of the Child in Geneva asking for support to amplify his, and family’s demands. I will leave you with Dujuan’s vision: “I want my school to be run by Aboriginal people who are like me and understand me. I want the adults to stop locking up 10 year old kids in prison. I want my future to be out on land with family and strong in culture and language.”

In My Blood It Runs will be in Australian cinemas nationally in February 2020, and is launching a multi-year social impact campaign aiming to address structural racism, First Nations-led education systems and youth justice reform. Find out how to see the film and join the campaign at www.inmyblooditruns.com

Virgin Unite is a proud to support the film and is looking forward to people all over the world engaging with Dujuan's story. The film aligns with several projects supported by Virgin Unite including Children’s Ground and the prison reform work of Human Rights Law Centre. We encourage you to learn about them and support their incredibly important work.