South Africa, home to the majority of the world’s remaining rhinos, is in the midst of a wildlife holocaust, with record poaching and around 20 000 wild rhinos left on the continent. Rhino horn - hocus pocus medicine and a status symbol in Vietnam and China - is fuelling the crisis, coupled with rampant corruption that permeates every level of the chain of command from Africa to Asia.

Long term we absolutely need to be tackling the poverty link to the poaching crisis, but clearly whatever we are doing right now is not enough, and so if we are to win this race against extinction we will need to implement new strategies at a magnificent pace. As an independent journalist working fulltime on the crisis, I am in regular contact with global thought leaders seeking solutions to this man made tragedy.

Below are some of ‘The Game Changers’ that have the potential to end the war on poaching. 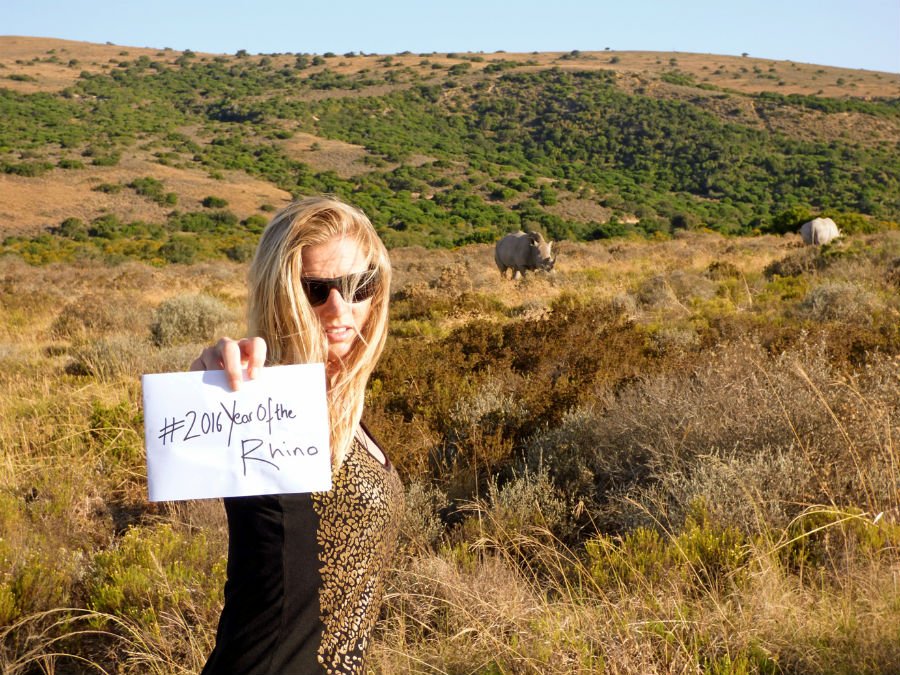 As the year 2015 came to an end, I posted a story that referenced social media hash tag #ZumaMustFall, a grassroots movement that shook South Africa to the core last month, and pressured the President into doing a U-turn on his decision to hire a rookie finance minister. So, why can’t we unite on the rhino poaching crisis? This looting of our natural resources is just as much about humans as it is about animals, and if we continue to fail, economies will collapse causing more poverty and more conflict. Thanks to the support of grassroots initiative ‘Global March for Elephants and Rhinos’, the hash tag #2016YearOfTheRhino is now starting to leave tracks all over the social media landscape, connecting global citizens and NGOs across the world with stories that matter. Stay informed, join the conversation!

The changing face of conservation

"Most wildlife groups in South Africa are overwhelmingly white and haven’t – despite some effort - created space for South Africans of other races to express their support for conservation", says Adam Welz, South Africa representative for WildAid. Many influential white conservationists also believe that black people don’t really care about wildlife. “We must change the face of conservation. We have to highlight hip, urban, aspirational people of all races who support wildlife, because conservation is not just about a white guy in a khaki outfit at sunset under an umbrella thorn tree, as it often seems. We need to move quickly on this, because at the moment many decision makers in the South African government think the black voting public don't care about saving the rhino, so it’s less of a priority for them. We think that conservation is possibly the most unifying issue in the country – the vast majority of South Africans of all backgrounds do not want to see the extinction of our wild species – and we need to publicise this fact in a way that traditional conservation groups have never done before. Watch this space! 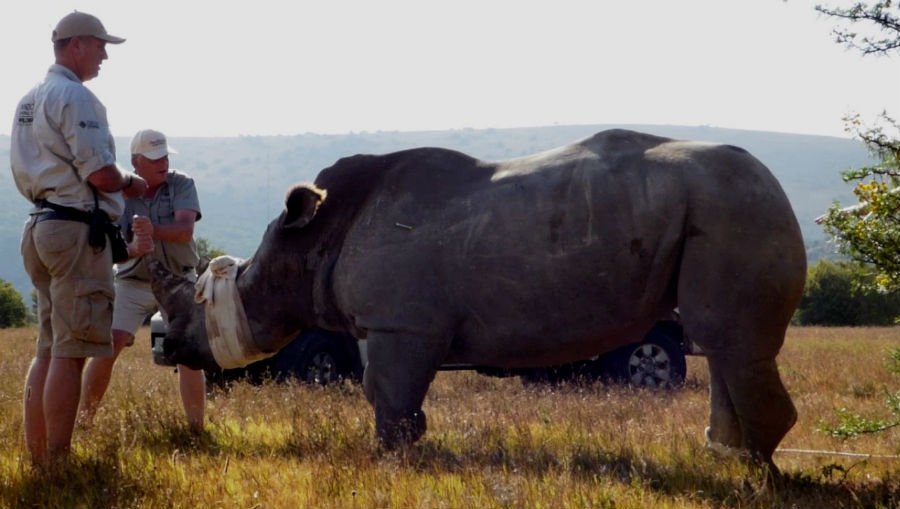 Lynn Johnson, founder of Breaking the Brand, says “based on extensive research and all the wealthy elite Vietnamese I have interviewed, there are only two reasons they’re going to stop buying rhino horn; if it affects their status, or if it affects their health - they’re afraid of rhino horn poison infusion.”

South African journalism television series Carte Blanche may have done a disservice to the poaching crisis when they aired a skewed segment in 2014 casting doubt on the rhino horn infusion method, and then the story went global. Some say infusing the horn with poison works, and others say it doesn’t filter through the horn effectively, but the point is this rumour that the horn can induce a bout of sickness in consumers was actually a real deterrent to buyers.

Even with all the posters around game reserves advertising the horns have been poisoned, it still might not stop poachers, but if this horn gets into the market in Vietnam or China, and someone becomes ill, a headline like that would go viral. Let’s not forget that the rumour (lie) that rhino horn cured an unnamed former Vietnamese politician of cancer is what most likely sealed the fate of their last Javan rhino, and is currently responsible for many rhino deaths in Africa.

Why can’t we start a true rumour? It’s not rocket science to infuse horns with poison, so let’s make sure we get the very best people working on the problem, and get it done. Private rhino owners account for a quarter of all rhino in South Africa, and if they united on this issue it would have a profound impact. A media campaign in Vietnam and China advertising ‘You have a 1 in 4 chance of contracting a gastric disorder through the use of rhino horn’ would almost certainly be a sales killer. 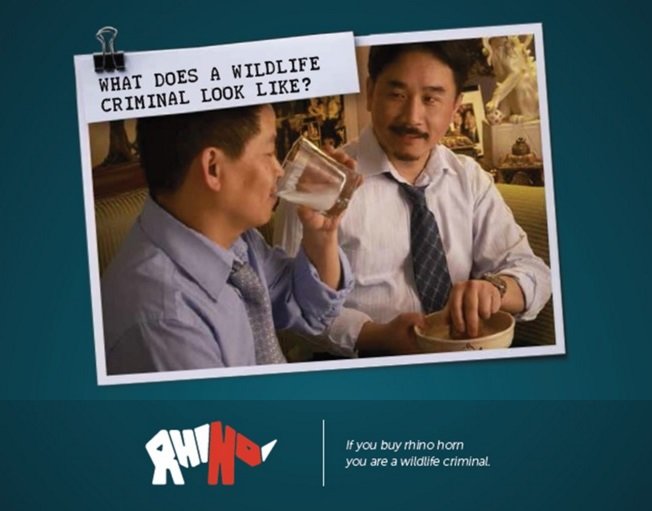 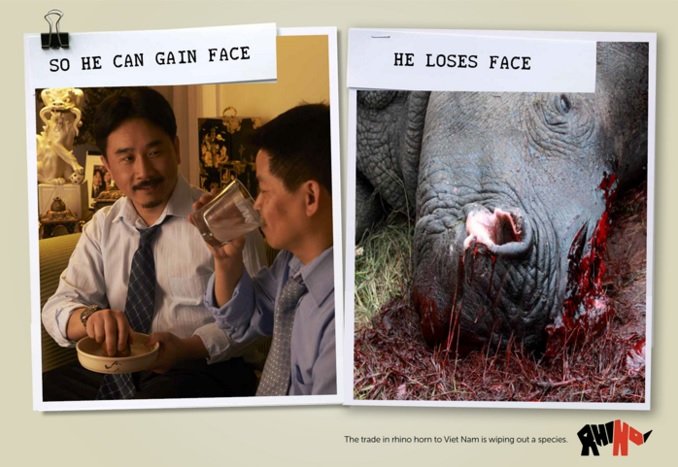 A significant part of the problem is that almost nobody in Vietnam or China has been arrested for consumption or possession of rhino horn. If they were to arrest one senior government official or one prominent businessman for this heinous crime, publicly, the impact would be massive.

But it’s an uphill battle because the Asian officials are saying that the South African government are positioning themselves to trade with rhino horn, so in their minds there is no point in cracking down on their citizens. It gives them the excuse to do nothing at all.

The South African government could be leading the demand reduction charge, and the whole world would get behind them. If South Africa goes ahead and proposes trade at CITES in September, all the international journalists will lead with corruption, and that will be the story. The irony is that they will never get the CITES votes anyway; it’s all such a horrific, bloody waste of time, with a rhino now being poached every eight hours. 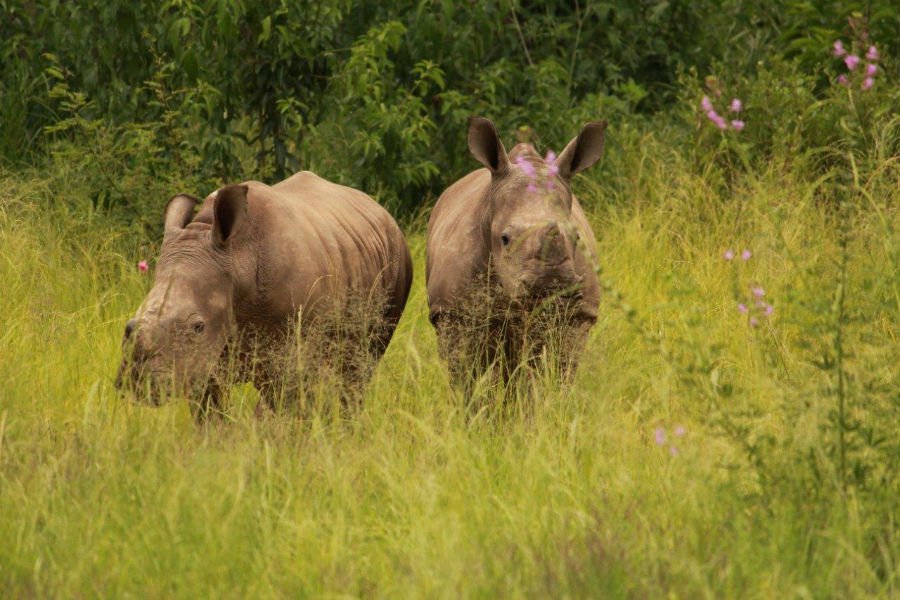 The greatest super power in the world is public opinion. Please, tell the South African government to rise up and help us save the rhino, because we CAN. #2016YearOfTheRhino

​– This is a guest blog and may not represent the views of Virgin.com. Please see virgin.com/terms for more details.

Jamie Joseph is the founder of savingthewild.com – a platform to connect with groundbreaking conservationists engaged in Africa’s poaching crisis. Join the conversation on Facebook and Twitter.