How social media & technology is changing the way we do business

In the first of our new series exploring The Future of Work, we explore one of the trends changing how we work: the digital revolution.

Today, we can Skype our colleagues on different continents, use Twitter to track for global trends, manage our multiple email accounts from our smartphones, coordinate with fellow professionals on LinkedIn, share photos and stories from last night on SnapChat and WhatsApp, launch a brand on Instagram, create a community on Facebook, stream our favourite global podcasts, get breaking updates from our news apps, order a taxi to the office with Uber and monitor our daily calorie usage with our FitBit. And we can do all of these things without even getting out of bed. 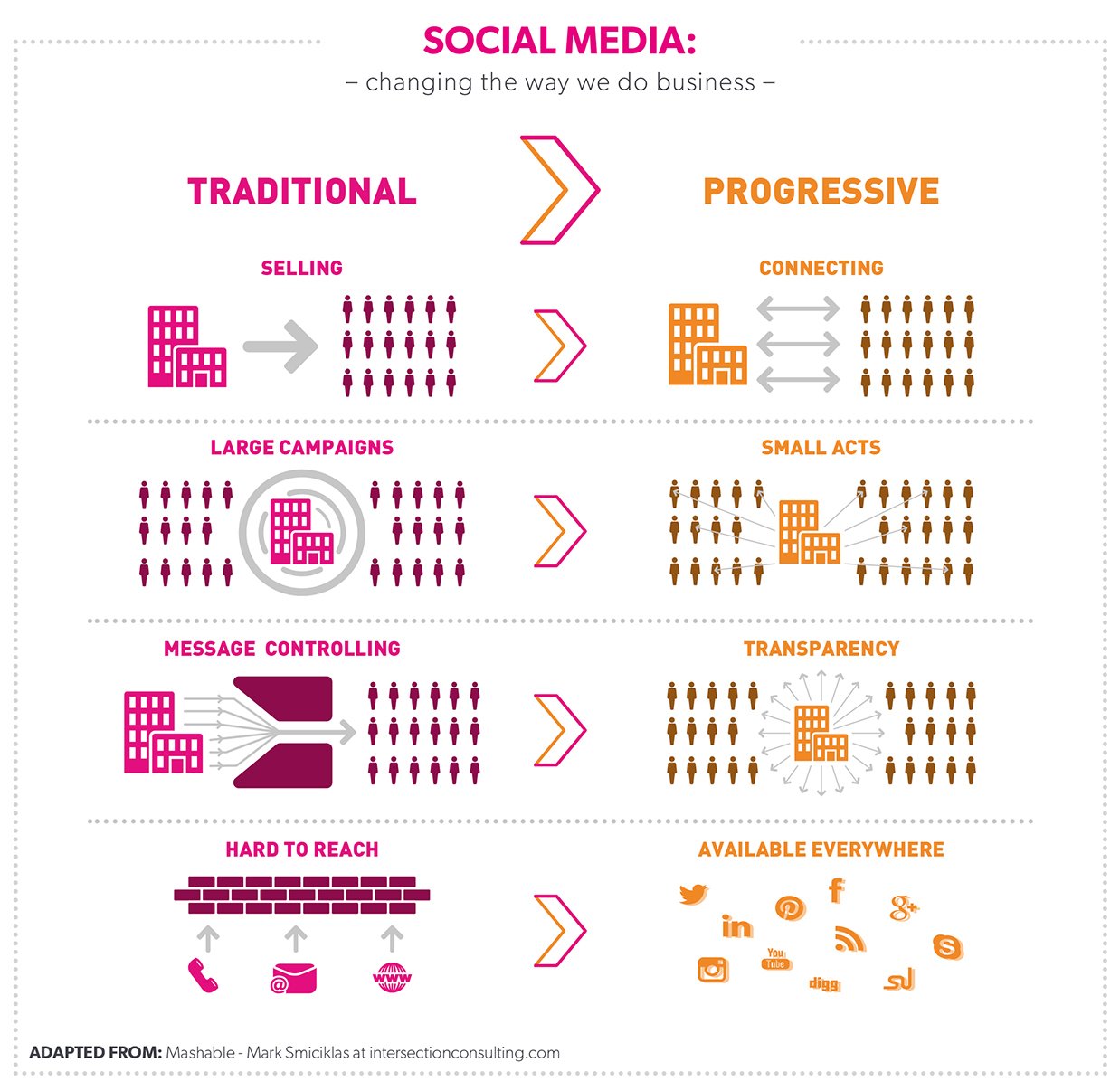 Digital and social media isn’t just changing the way we do business; it’s changing what businesses we’re in to begin with. Every single one of those digital capabilities has a ballooning administrative sector wrapped around it, creating jobs, stimulating economies and driving consumption. As the New Ways of Working report surmises, nowadays we’re making bytes not widgets.

Not everyone is a happy-clappy fan of this new world reality. Anthropologist David Graeber wrote his explosive essay, ‘On The Phenomenon of Bullshit Jobs’, in response to what he saw as economies built on new-technology jobs that only exist because they keep people in work, and not because they deliver inherent social value. It’s all the more delicious that his essay that went viral thanks, in no small part, to the enablers he fingers as the blight on those jobs with ‘purpose’.

At one point, Graeber asks us: “How can one even begin to speak of dignity in labour when one secretly feels one’s job should not exist?”

And that’s the nub of it. How can we – employers and employees – ensure that the rise of digital only serves to sweeten and enhance our world of work in the future, and not detract from it. There’s also an element of crystal ball gazing: if businesses are to thrive, they must ensure that the next generation of workers are equipped with the skills to do jobs that haven’t been created yet.

Social media may occasionally feel like a rotating hell of holiday photos and cat videos, but as Laurie Anderson says, “Technology is the campfire around which we tell our stories.”

In practical terms, it means that forward-thinking organisations understand the value in shifting from traditional engagement to progressive models, by having open channels of communication, genuine transparency and meaningful global connections. They know that their employees remain their greatest asset, and that digital connections count for nothing if those relationships don’t begin and end with people.

And businesses know that when the lights go out, when the internet fails and the machines are switched off, there remains an untrammelled dignity in the work that we do.

To read more about the future of work, check out the B Team's New Ways of Working report.