As part of #ChallengeRichard, Shamini Dhana from San Francisco suggested that I share 65 defining moments in my life. I’ve lived an incredibly full life – from family to business there have been so many standout events. After much thought and deliberation – I could list 650! – here’s my top 65, in chronological order:

3. 1961 – Navigated my way through three miles of countryside, after being challenged by my mum to find my own way home. That lesson taught me to overcome my shyness and ask others for directions.

4. 1961 – Learned to swim after betting my aunt 10 shillings that I could. It was a hard but important lesson in the merits of persistence and determination. 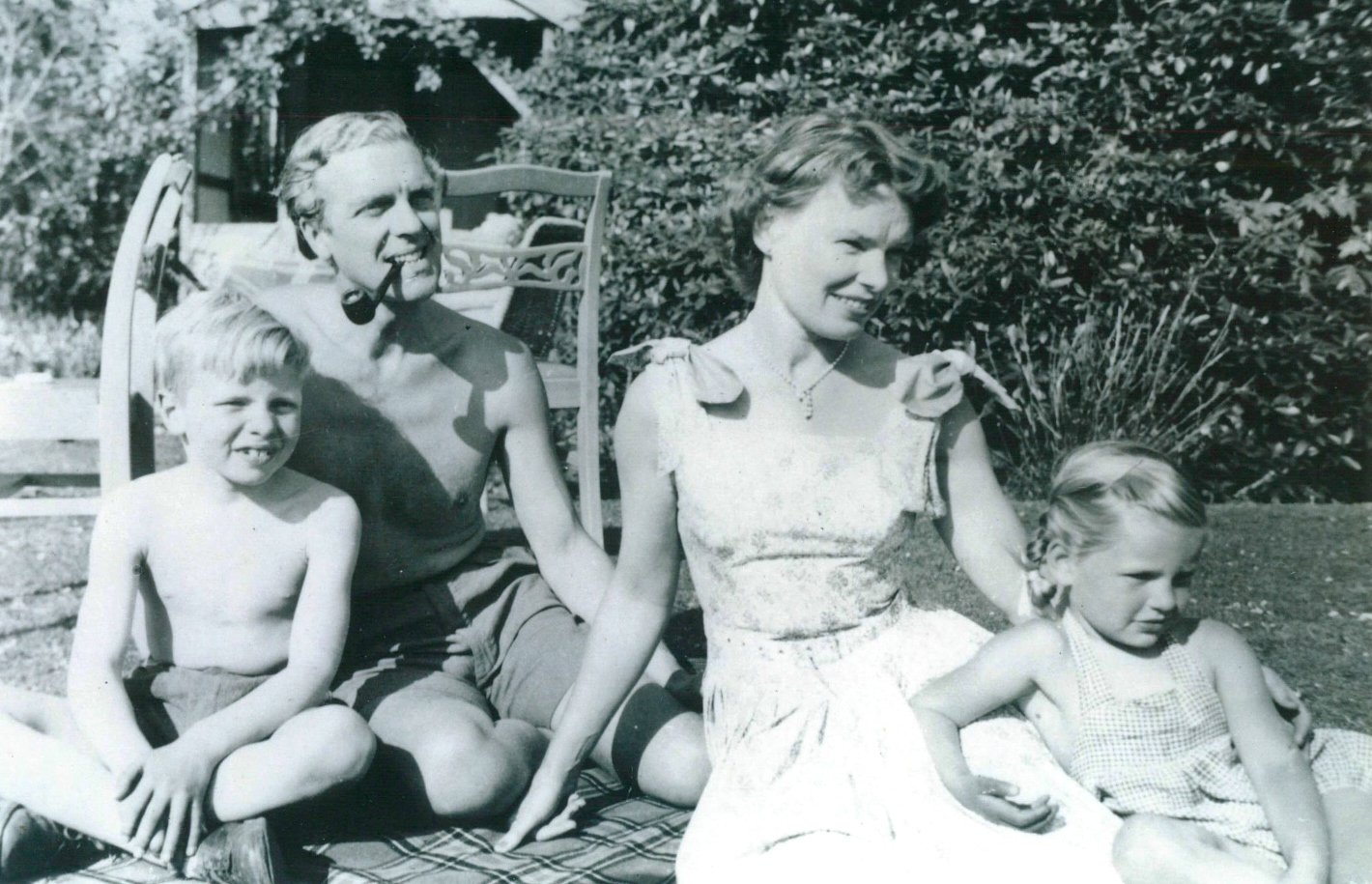 5. 1965 – Attempted my hand at business by growing Christmas trees. Unfortunately they were eaten by rabbits. It was a valuable lesson about protecting my business assets.

6. 1965 – Attempted business again, this time breeding and selling budgies. However, they multiplied quicker than they could be sold. It was a valuable lesson in supply and demand.

7. 1965 – Came up with the idea to create an alternative national school magazine to give young people a voice on issues we cared strongly about. That idea became Student magazine.

9. 1967 – Left school to focus on creating and publishing Student Magazine.

10. 1967 – Moved to London into a basement near Edgware Road, which became the headquarters of Student magazine. 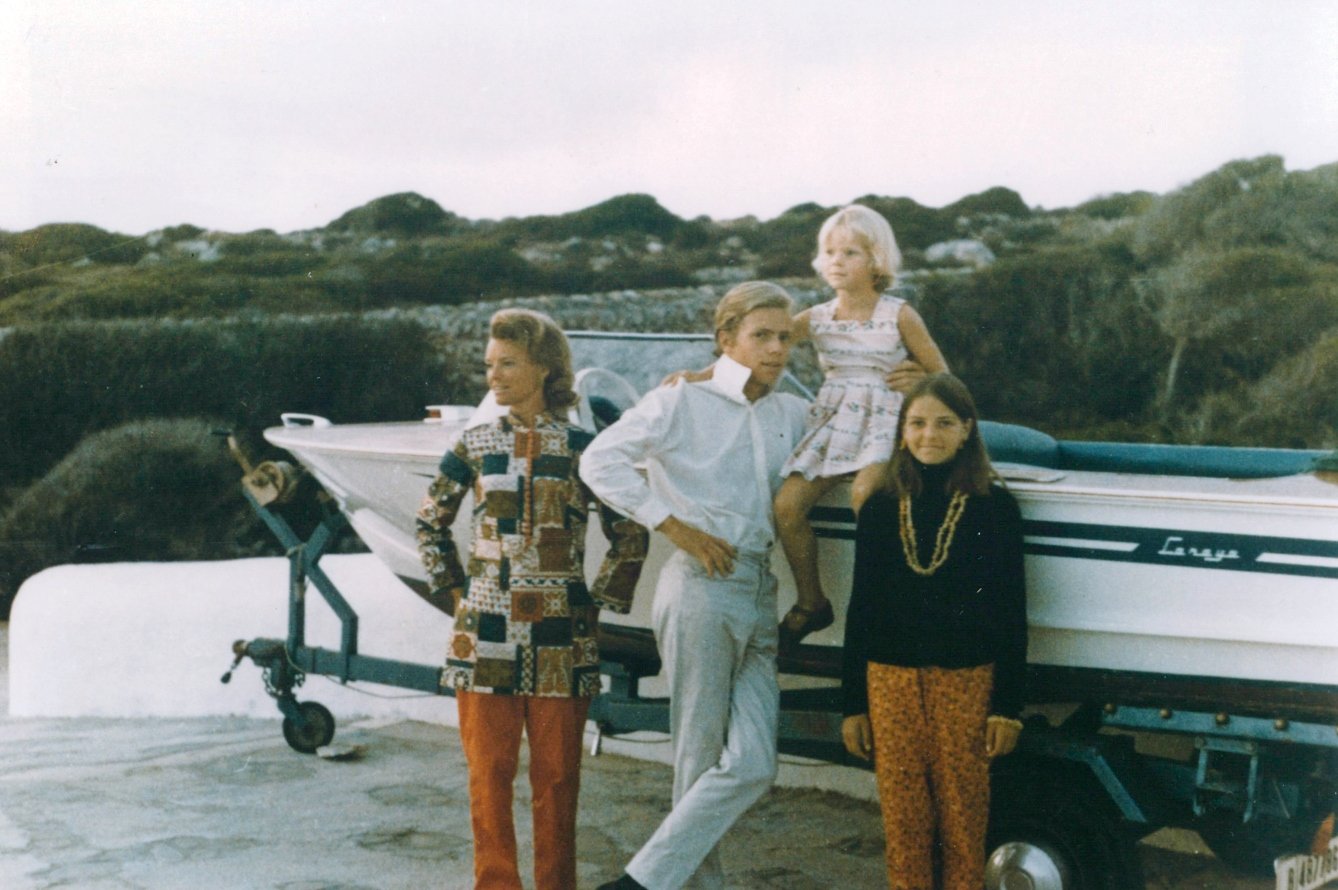 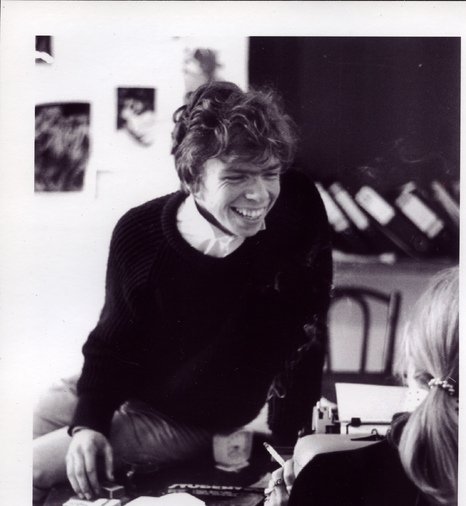 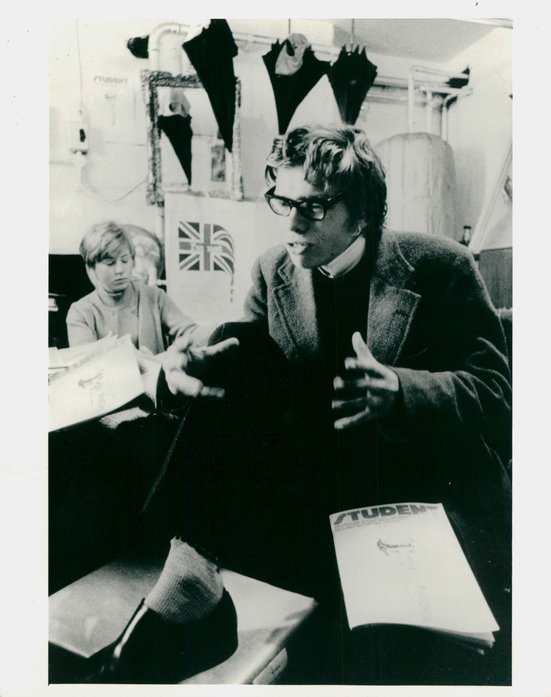 11. 1968 – Launched Student to challenge people’s perception of pop and youth cultures and of the Vietnam and Biafra wars.

12. 1968 – Started the Student Advisory Centre, a helpline where young callers could discuss their problems, retain their anonymity and be referred to the right professionals.

13. 1970 – Saw gap in the market for selling cut price records by mail order, and decided to swap the Student brand in favour of the name Virgin. Launched Virgin Mail Order, and the Virgin brand was born!

14. 1971 – Opened Virgin Records, at 24 Oxford Street in London. The store became a hotspot for young people to hang out, and it was here that the Virgin experience was invented.

15. 1972 – Married my first wife, Kristen Tomassi. We had a lot of fun together, but decided to divorce four years later.

17. 1973 – Launched Virgin Records label, signed Mike Oldfield and released Tubular Bells – one of the biggest selling albums of the decade and the soundtrack to The Exorcist.

19. 1977 – Signed the Sex Pistols and released God Save the Queen in true Virgin style, on a boat with the music blaring opposite the Houses of Parliament on Silver Jubilee day. 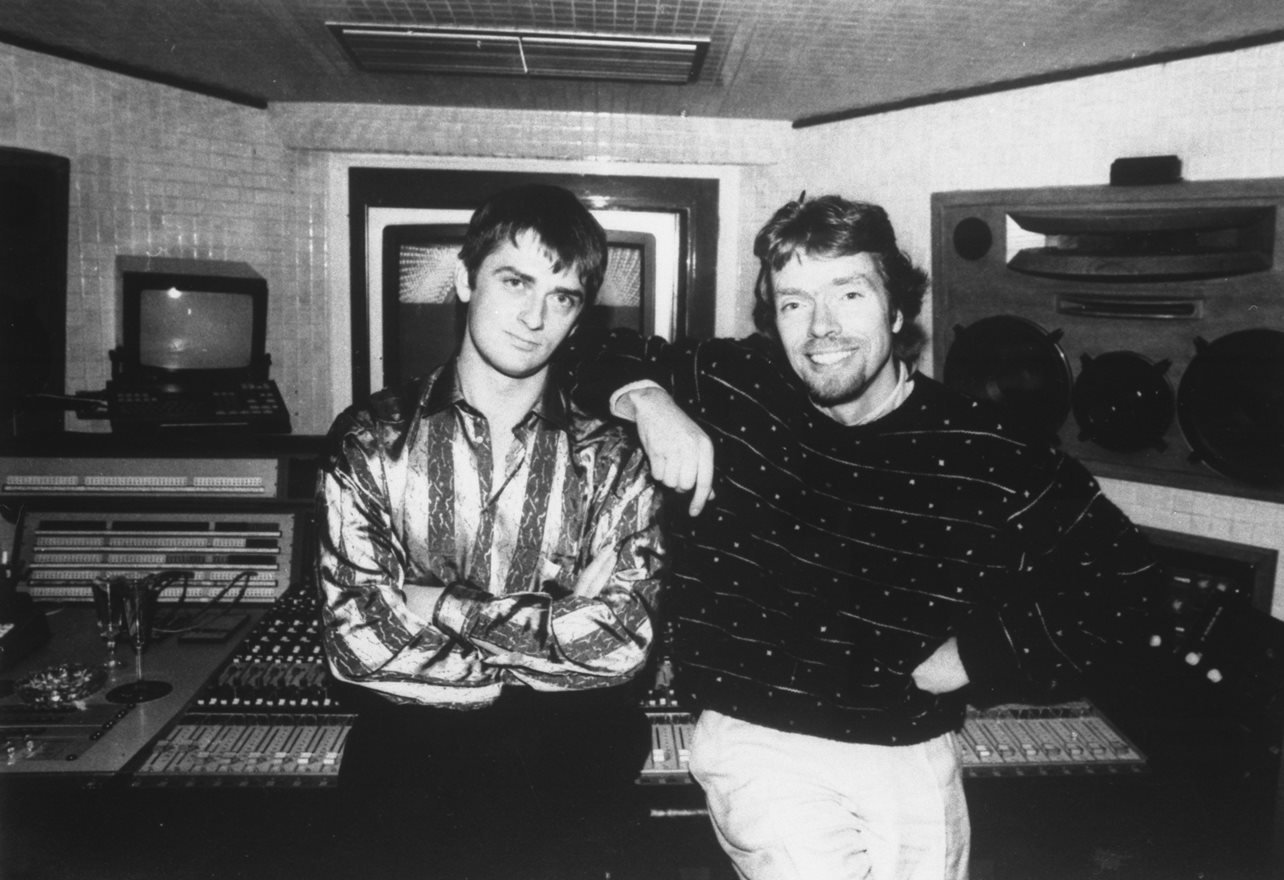 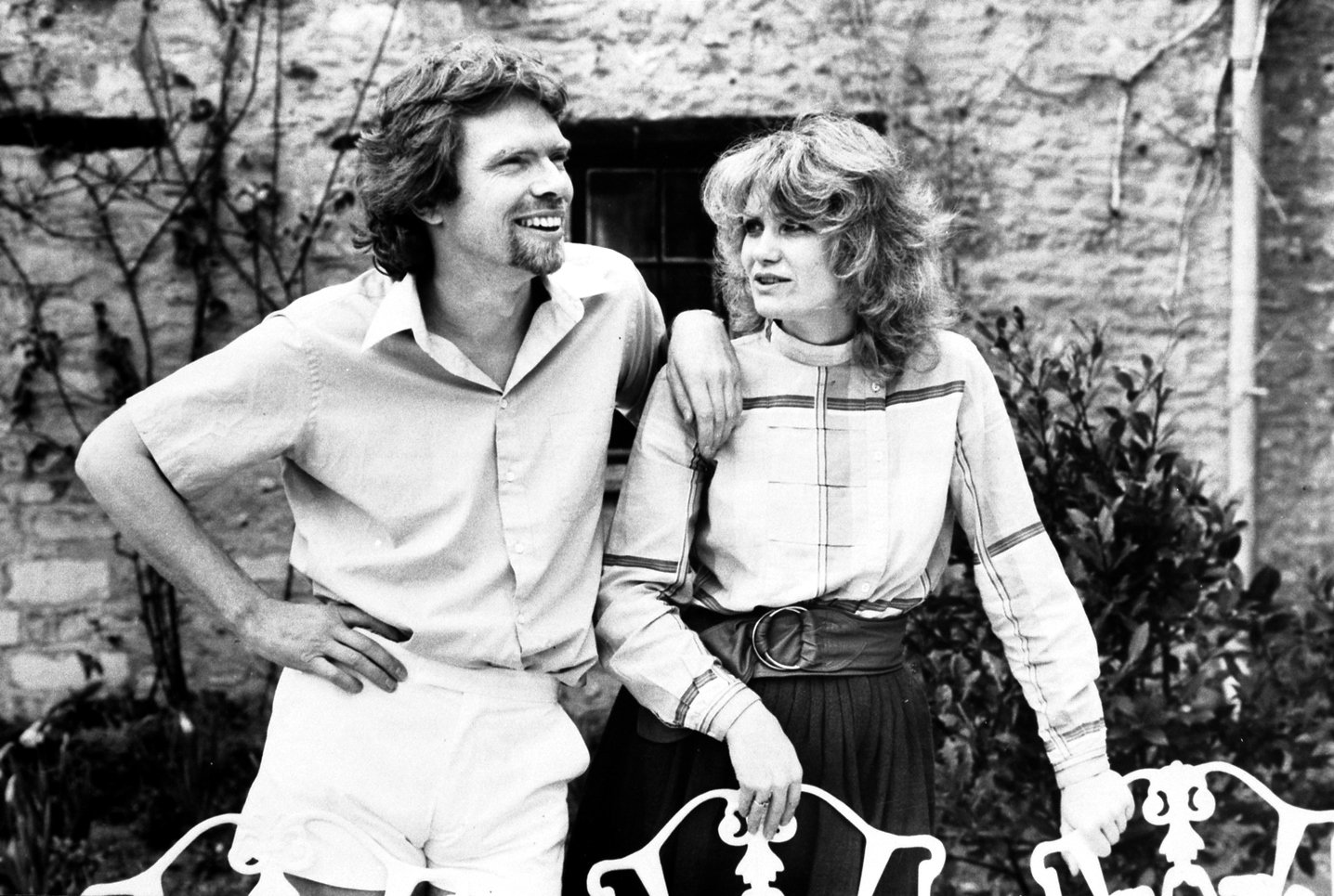 24. 1983 – Got bumped off a flight to the BVI, so I decided to charter a jet and sell tickets under the Virgin Airways moniker.

25. 1984 – Launched Virgin Atlantic Airways, and flew inaugural flight on the ‘Maiden Voyager’ from Gatwick to Newark with my family and friends and the world's media on board.

27. 1986 - Broke the world record for the fastest crossing of the Atlantic in the Virgin Atlantic Challenger.

28. 1987 – Set out in a balloon with Per Lindstrand from Sugarloaf, Maine with the goal of reaching western Scotland. Ended up being plucked from the Irish Sea by the Navy.

29. 1989 – Married Joan on Necker Island. Surprised guests by flying in dangling from a helicopter!

30. 1990 – Travelled to Baghdad with a Virgin Atlantic plane on a rescue mission to bring home hostages. 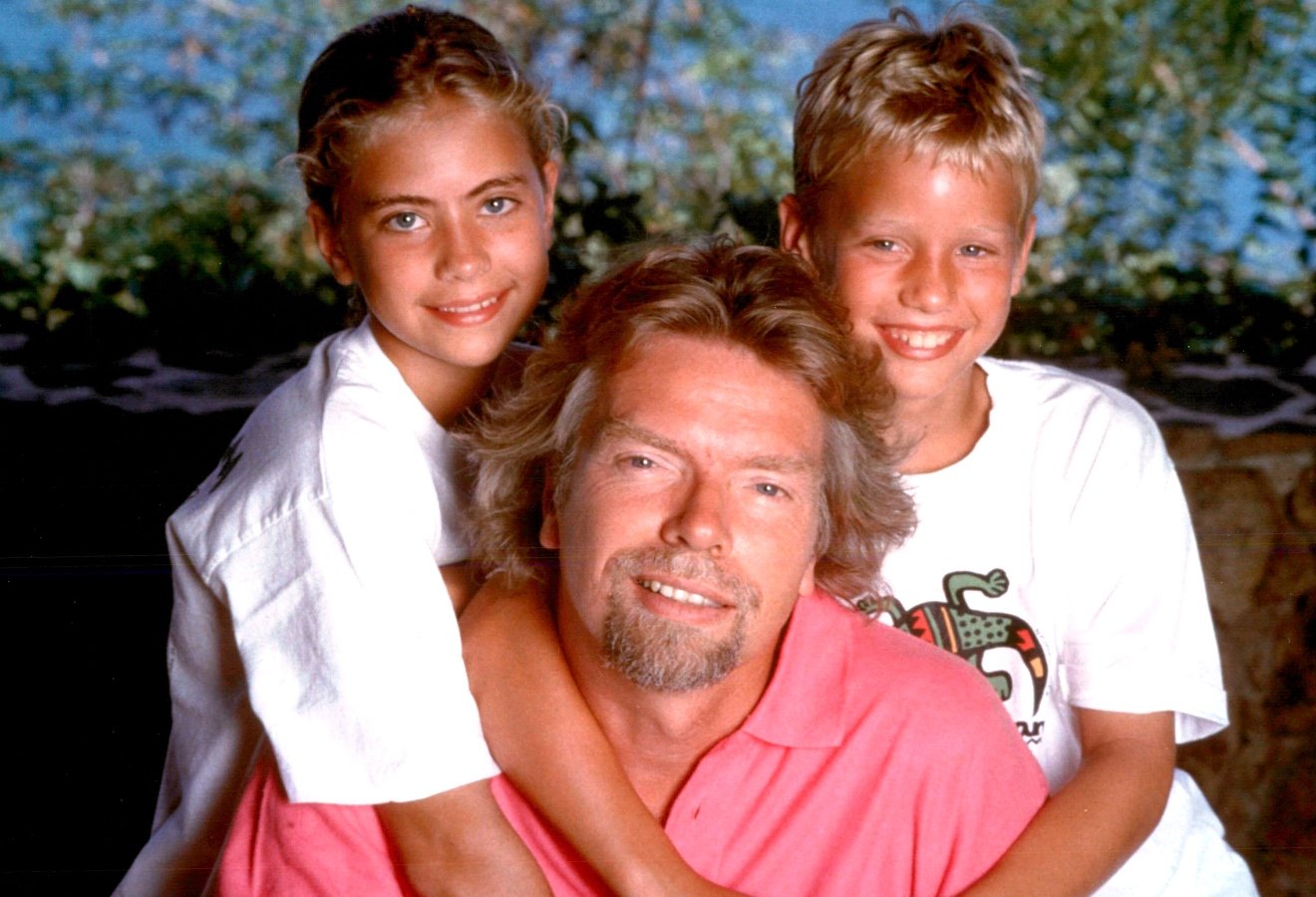 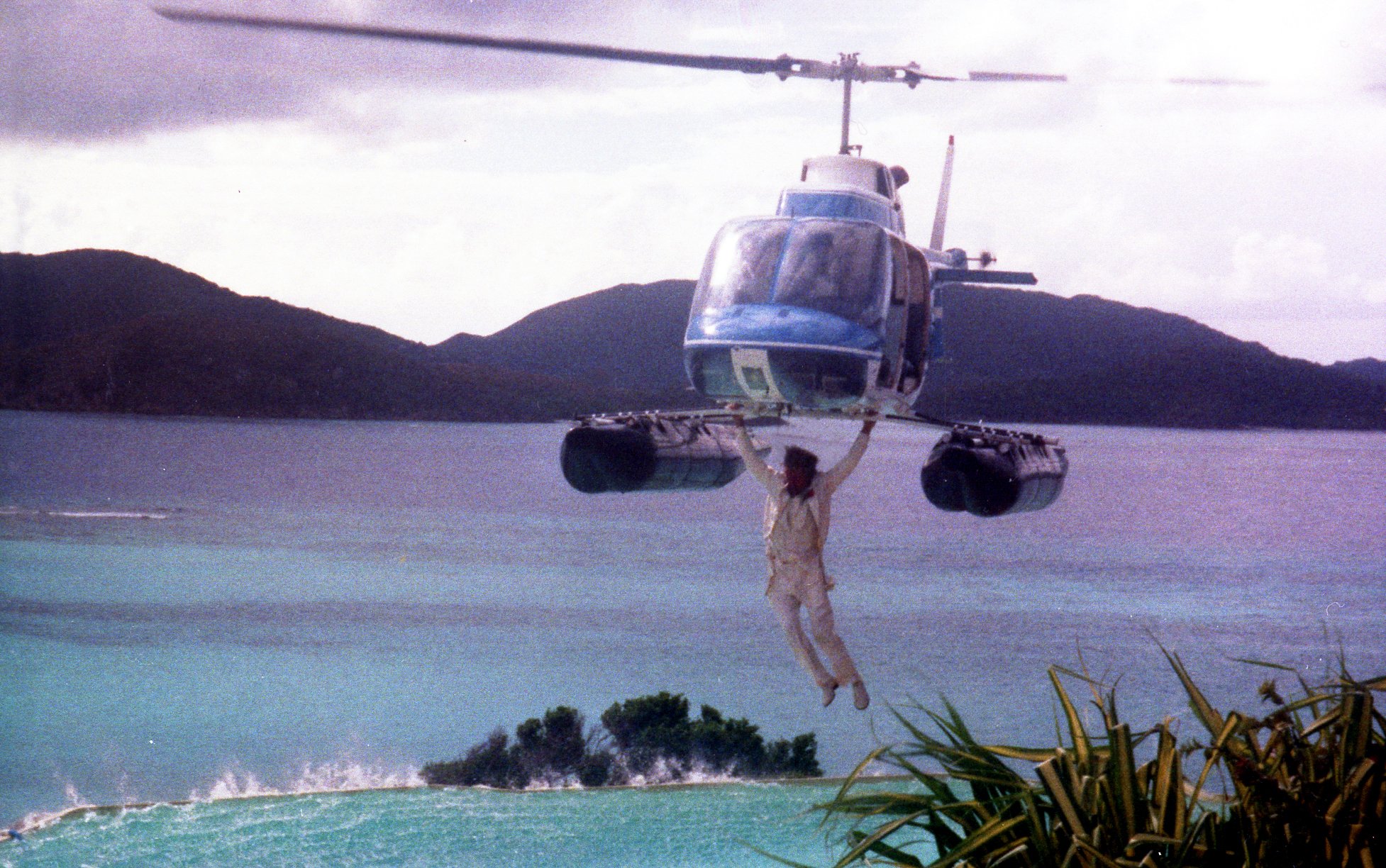 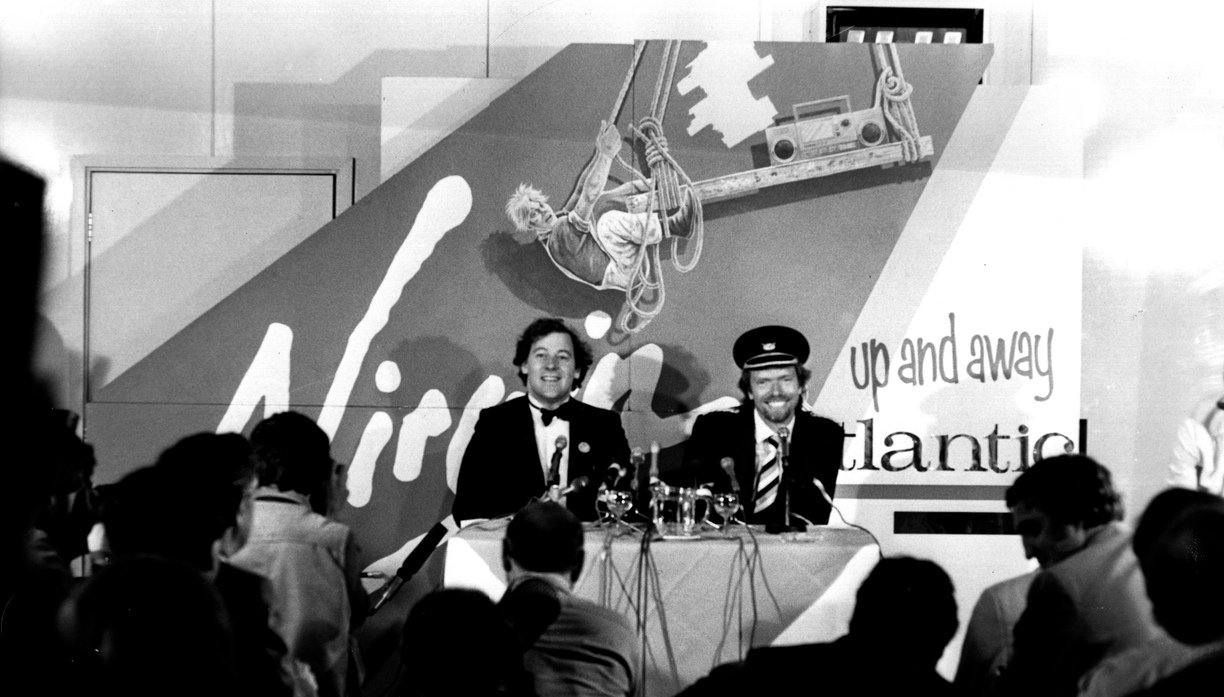 31. 1991 – Attempted a balloon flight across the Pacific Ocean, which ended in the Arctic.

32. 1992 – Sadly sold Virgin Records to give Virgin Atlantic the financial clout to compete with British Airways.

33. 1993 – Won one of the most bitter and protracted libel cases in aviation history, ending British Airways' ‘Dirty Tricks’ campaign to bring Virgin Atlantic down.

34. 1995 – Launched Virgin Direct in UK, which went on to become Virgin Money, and expand into Australia and South Africa.

35. 1997 – Set out from Marrakech in a balloon in attempt to circumnavigate the globe. Crash landed in the Sahara.

37. 1998 – Published first book, my autobiography, Losing My Virginity. The book goes into more depth about many of these defining moments.

39. 1999 – Launched Virgin Active in the UK, which went onto expand into South Africa, Australia, Spain, Italy and beyond. 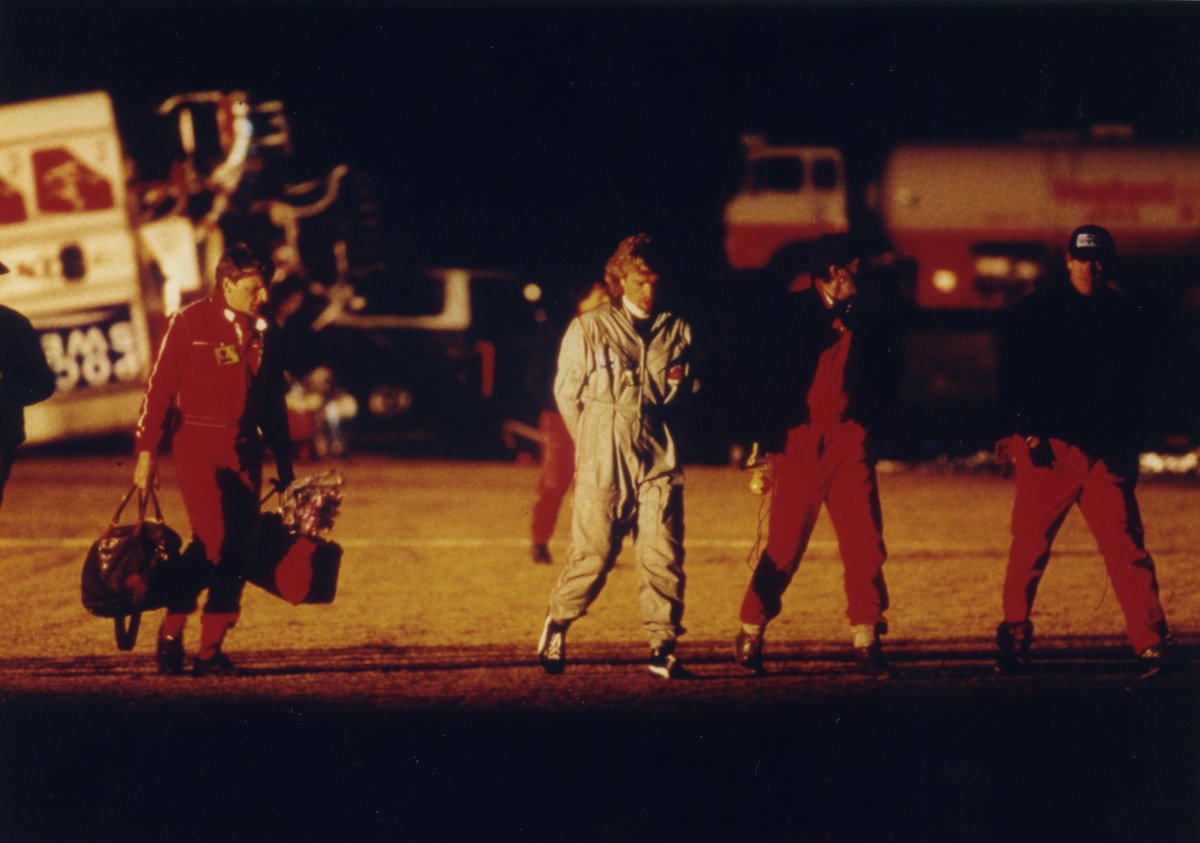 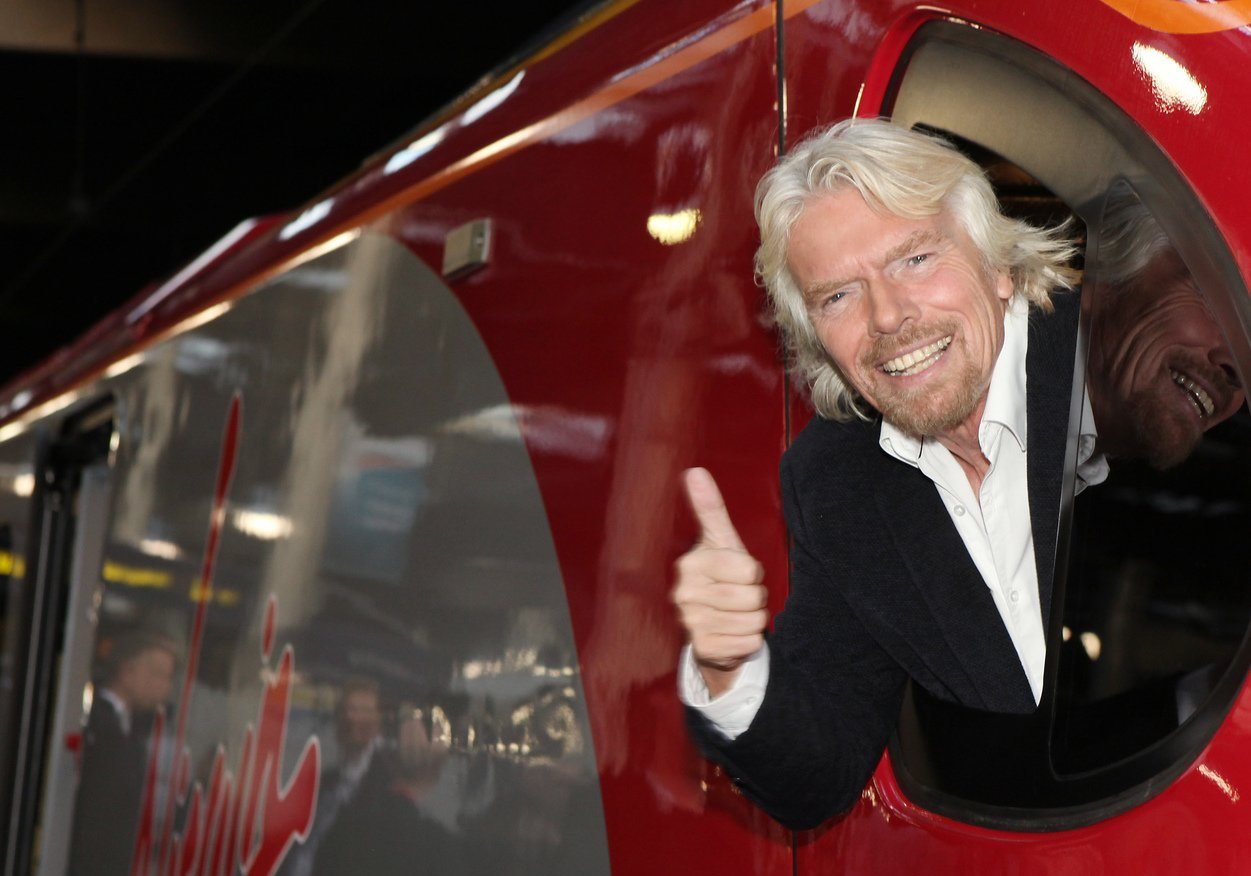 40. 1999 – Received a Knighthood for services to entrepreneurship, adding Sir to the front of my name. But please, call me Richard.

41. 2000 – Launched Virgin Blue in Australia, with seven flights a day between Brisbane and Sydney. The airline is now known as Virgin Australia.

42. 2004 – Founded Virgin Galactic, with the goal of making commercial flight eventually available to everyone.

43. 2005 – Launched Virgin Unite, the non-profit foundation of the Virgin Group.

44. 2007 – Took on British television and internet providers with the launch of Virgin Media.

46. 2007 – Dreamed up the concept for The Elders with Peter Gabriel, and took it to Nelson Mandela, Graca Machel and Desmond Tutu.

47. 2007 – Created the Virgin Earth Challenge, to award scalable and sustainable ways of removing greenhouse gases from the atmosphere, with a prize of $25 million.

48. 2008 – Joined Twitter to share updates while attempting to break the transatlantic record for the fastest mono-hull sailing yacht to cross the Atlantic. Began blogging on Virgin.com/RichardBranson shortly afterwards to chronicle my life, share business tips, and speak out on pressing issues. 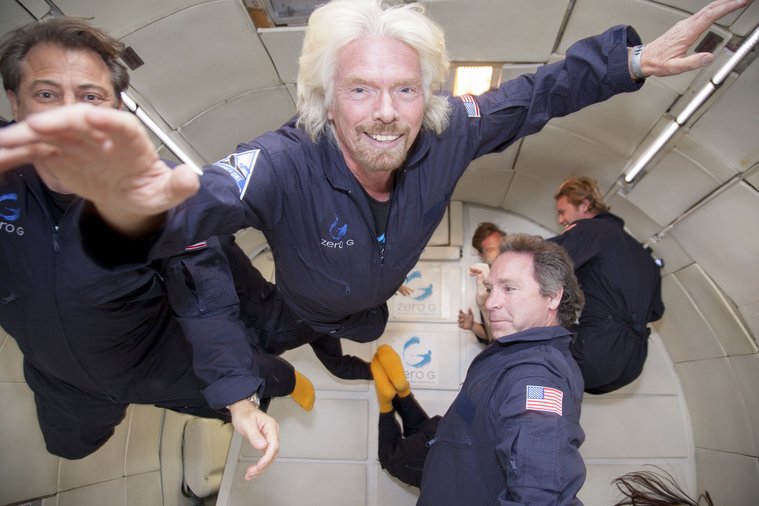 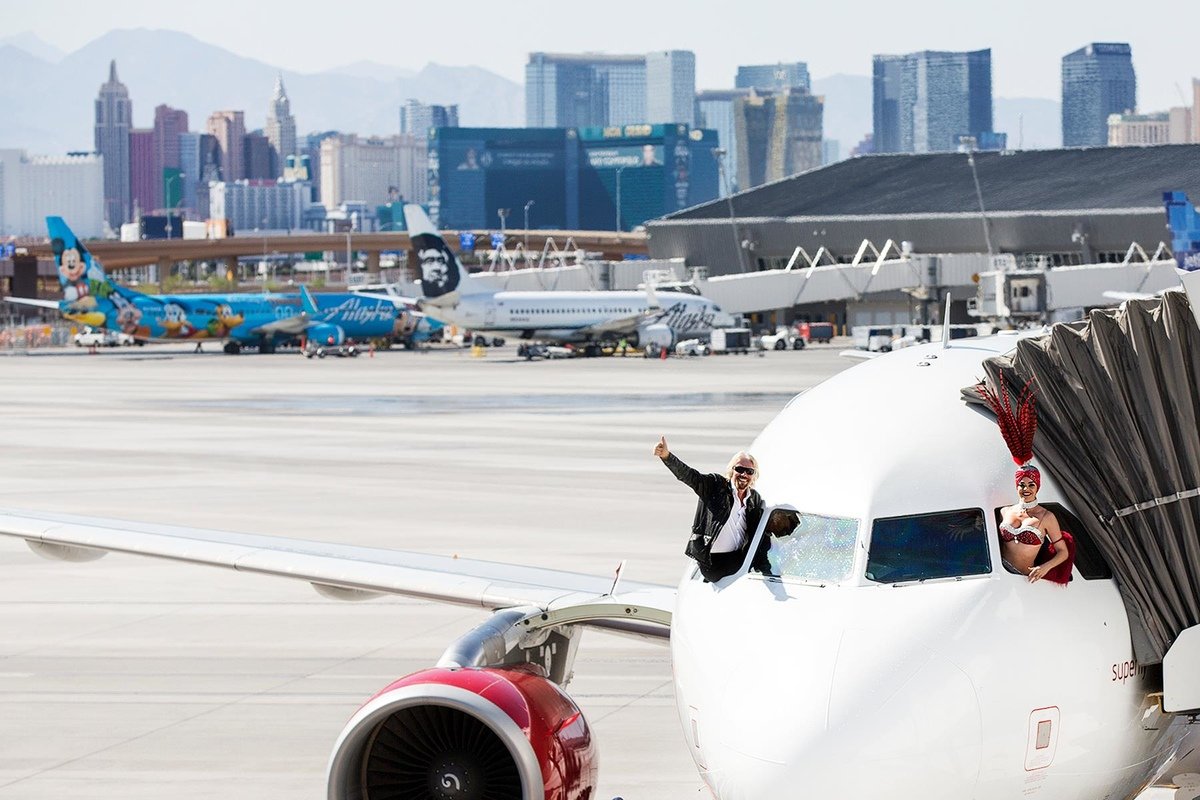 50. 2011 – Experienced the sad passing of my father, Ted. He lived a long and wonderful life, to 93-years-old, and taught me so many valuable life lessons.

51. 2011 – Watched in disbelief and sadness as flames burned down the Great House on Necker Island.

52. 2011 – Walked my daughter, Holly, down the isle, to marry Freddie Andrewes in the ruins of the Great House on Necker Island.

53. 2011 – Joined the Global Commission on Drug Policy to highlight the failing war on drugs and drive change.

54. 2012 – Watched the premiere of my son’s film, Breaking the Taboo, a documentary which shines a spotlight on the failing war on drugs.

55. 2012 – Launched Virgin Mobile Latin America in Chile, and expanded into Columbia and Mexico.

56. 2013 – Launched the B Team, together with a group on inspiring business leaders, to drive change in business to support people and the planet as well as profit.

58. 2014 – Visited Ironwood Prison for a TEDx talk about infinite possibilities and rehabilitation. 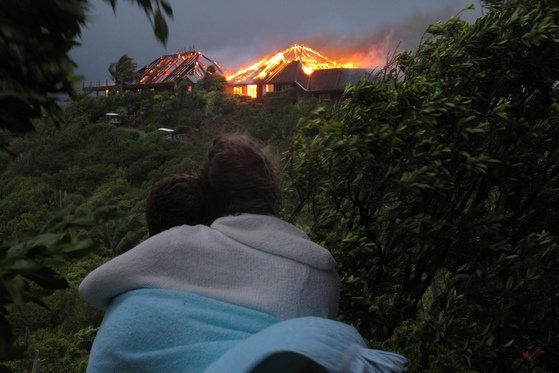 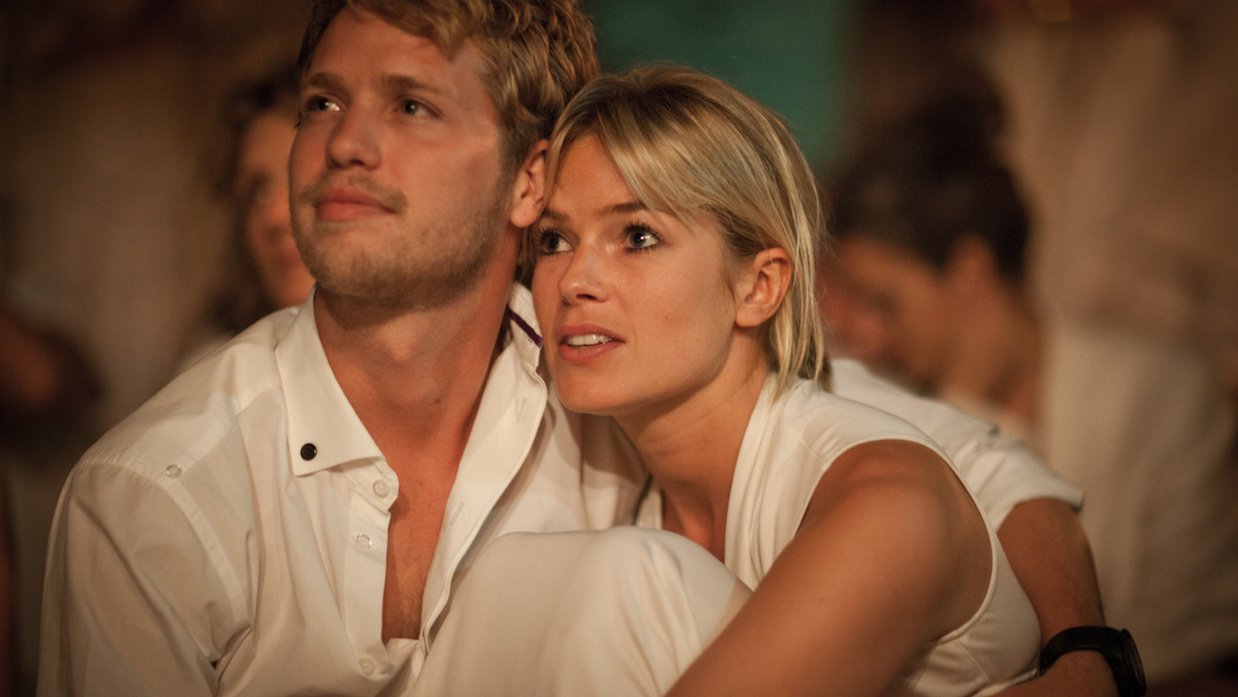 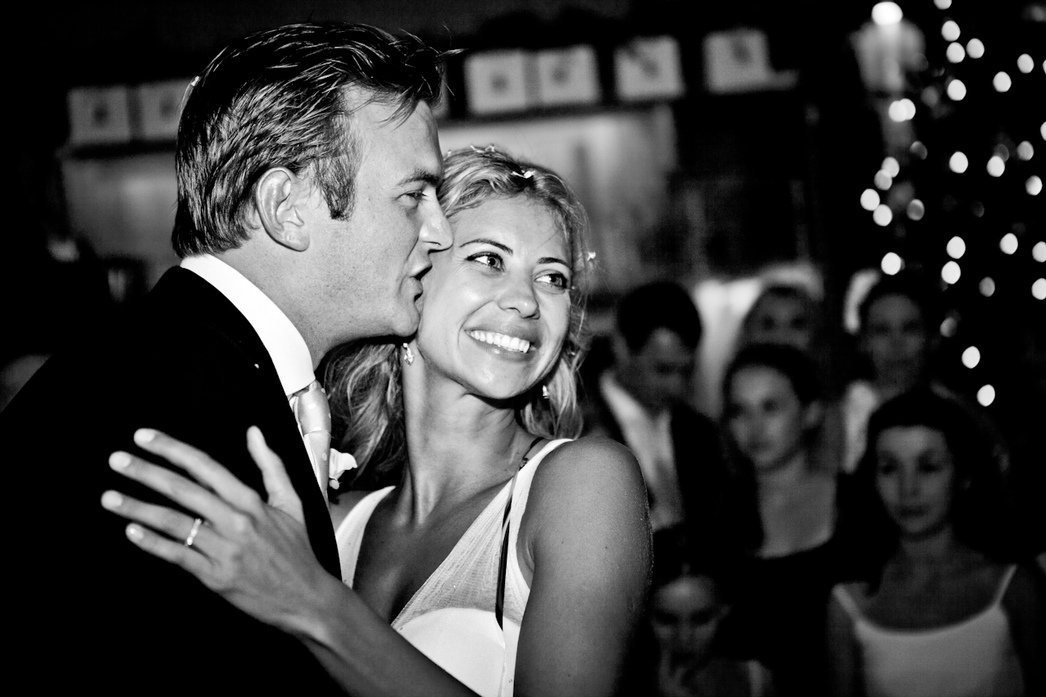 61. 2014 – Became a grand-dude, with the birth of my first grandchildren, twins Artie and Etta Andrewes.

62. 2015 – Launched Virgin Hotels in Chicago, with plans underway for hotels in New York, Nashville and more.

63. 2015 – Announced the intention to create the world's largest satellite constellation, OneWeb, to make high speed internet and telephony available to billions of people who don’t have access. Watch this space! 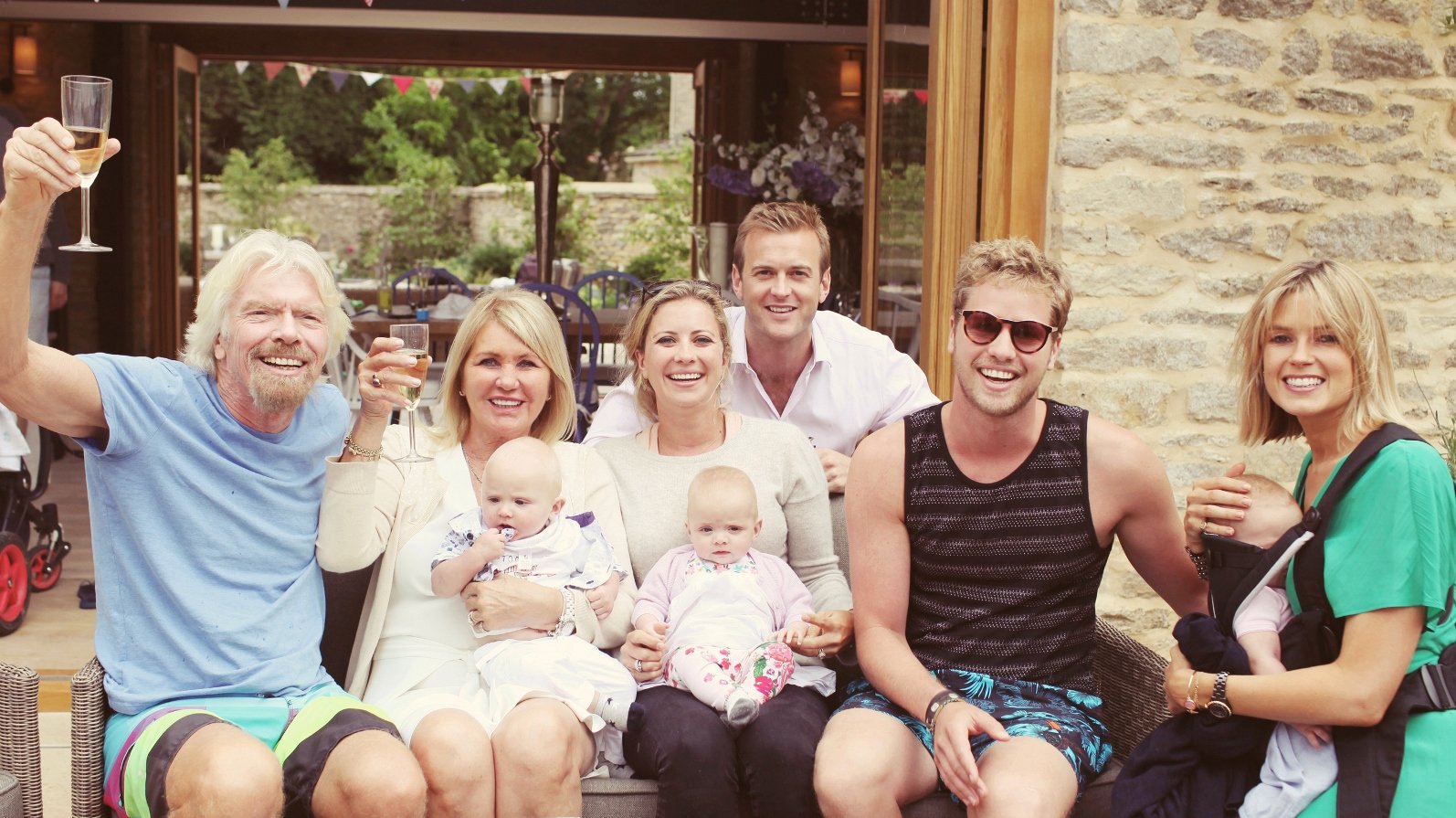 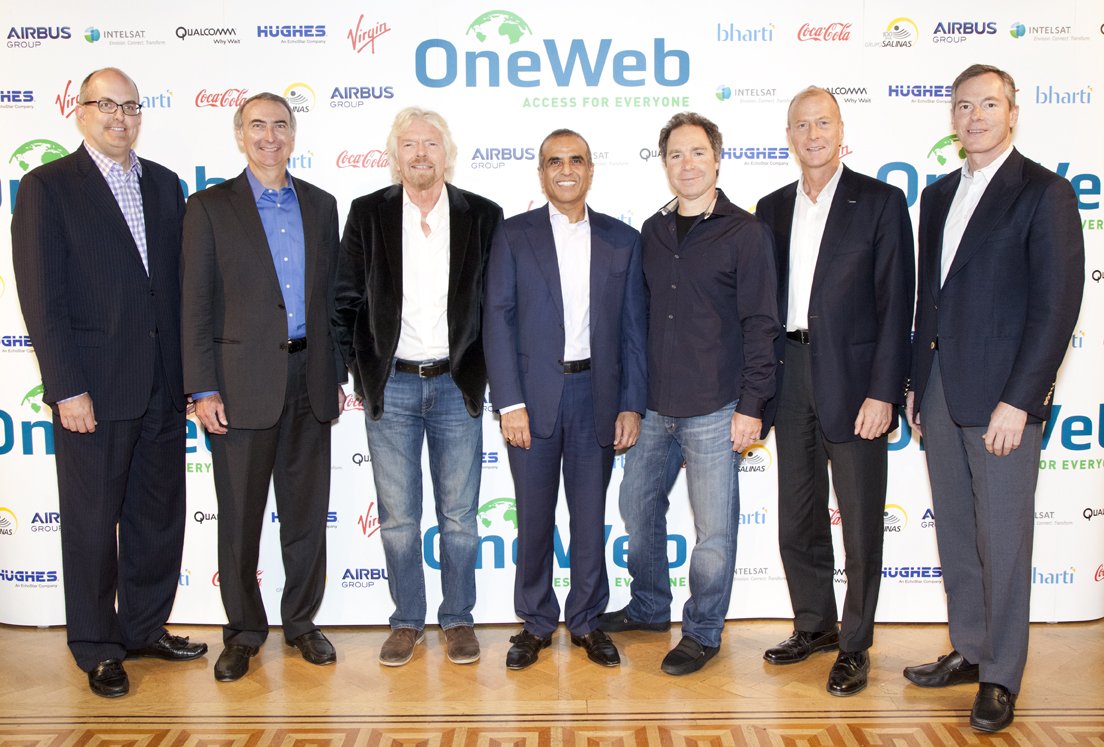 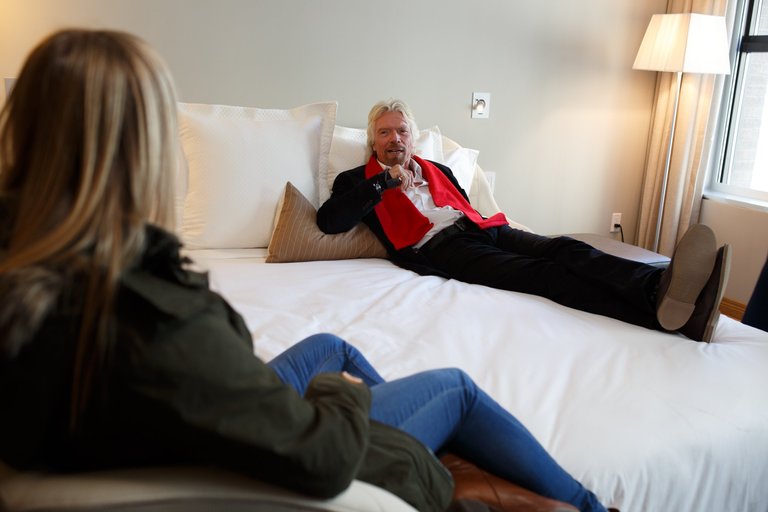 Find out more about our history with this Virgin timeline. Take a look at this wonderful article for more information about my life and career.

That ticks off challenge number two of my #ChallengeRichard quest. Don’t forgot to keep sending in your challenges.