Artists who make a difference: Bjork

In the mainstream world, Icelandic sensation Bjork is often called many things: quirky, kooky, bizarre. But over a flourishing career that has spanned three decades, the off-beat singer has proved on many occasions that it's certainly okay to be different...

From her recent foray into virtual reality music videos, to her unrelenting love of technology in her work - this is the story of how Bjork embraced the futuristic side of music.

Often praised as one of the most unique voices in music, Bjork is a lady of many palettes: a multi-instrumentalist, inventor,  actress, producer, and a figure of gargantuan influence, often inspiring new artists to walk in her footsteps.

Always a fan of innovative ways of making her music both visually and audibly, Bjork's three decade long career has always challenged the norms: from her love of experimental electronica, to her philanthrophy, voiced by her war cry: "Declare Independence."

She was only 11 when she released her first, self-titled album in 1977, and it would be decades later, after a spell in Icelandic trio The Sugarcubes, that the singer would truly come into her own.  After all, Bjork had hardly ever been conventional. 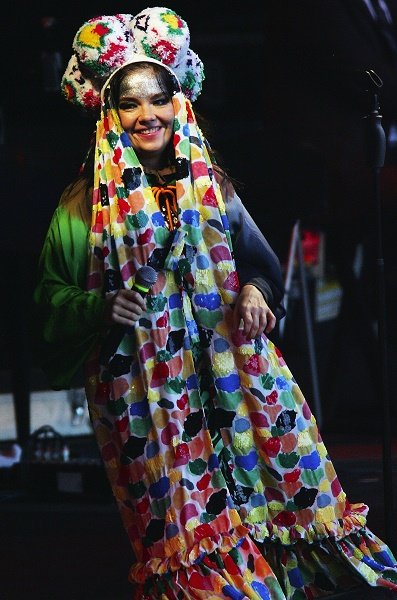 Embracing the joys of not fitting in

Growing up, Bjork was influenced by sci-fi, Scandinavian punk and fairytales: and was never afraid to embed her interests into her work. As such,  when her ascent into mainstream pop music culture began, critics were quick to call her up on her quirks.

One particularly famous incident (that we're sure you all remember) had the artist appearing at the 73rd Academy Awards dressed as a swan; now an iconic moment in red carpet history. Why? Well, for one, she was nominated in her heartbreaking role in the 2000 drama Dancer in the Dark (A film so devastating, that Bjork vowed never to act again) - and as for the swan? Bjork admitted she wanted to take such a hugely watched pedestal and make a statement.

In an interview with Spin, Bjork explained it was a reaction to the oddness of the film & fashion industry :

"It was a joke. I find Hollywood dress sense very alienating. Obviously, I was sticking my tongue out at it. The weirdest thing is that everybody actually thought I was trying to fit in, but had got it wrong. Does it look like I am trying to fit in with you? No. I didn't realise how sacred Hollywood is."

Getting things down to a science

Swan dresses aside, fashion wasn't the only area where Bjork enjoyed experimenting. From her first (adult) album Debut back in 2003, the singer often embraced technology in her music: evident from her songs which have dipped into trip-hop, to alternative beats, to of course a deep, unrelenting love of electronica, which would shape her musical shadow for the future records to come. Bjork has always confessed to be 'nerdy' with her work - and often fused themes of nature and science simultaneously.

Bjork's love of science fiction has also bled into her music videos, with the likes of Michel Gondry (director of Eternal Sunshine of the Spotless Mind) to Chris Cunningham (known for his abstract visual work with Aphex Twin) working with her to achieve her visions of the future.

In an interview with Dazed Digital, Bjork was keen to discuss the innovations of science, and her passion for environmental technology, and a greener future.

"Solar power, wind power, the way forward is to collaborate with nature - it's the only way we are going to get to the other end of the 21st century." 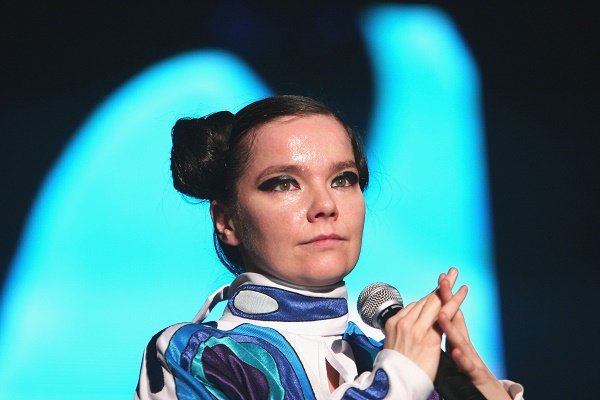 One of her videos with Michel Gondry (Human Nature) influenced the director so much, he ended up making a full feature-length sci-fi based on the ideas from the video.

Music is being abused so much. There are so many things with no emotion, no feeling, and without craft - it’s a tool of power. And I’ve always felt that it was my role to do the other thing. To keep it emotional.

Bjork's latest trick has seen a foray into virtual reality; a phenomenon which has begun to enchant tech-a-holics on a whole new scale, thanks to the developments of virtual reality giants Oculus Rift. For her project, a song called Stonemilker, Bjork invited fans to immerse in a different kind of music video experience. Using headsets, the viewer is put on a beach, complete with a 360 degree view, to observe the setting of a break-up Bjork had many years ago, which serves as the catalyst for the song. The project, reportedly, was so intimate that it had many fans in tears by the end.

Speaking to The Guardian, Bjork explained:

"That location has a beautiful 360 panoramic view which matches the cyclical fugue like movement in the song. If the song has a shape it is sort of like a circle that just goes on forever.”

For many musicians who seek more intimacy with their fans - perhaps Bjork has opened up a whole new layer of music videos...

At numerous gigs, Bjork sparked controversy for dedicating Declare Independence to countries of relevance, such as Kosovo declaring independence from Serbia, in the same year as the track's release. This led to a mysterious cancellation of Bjork playing EXIT Festival, a festival hosted by Serbia.

In China, Bjork also got into trouble for shouting "Tibet! Tibet! Raise your flags!" - a reference to the ongoing struggles of human rights for Tibetans. The outcry led to China threatening to ban Bjork from future concerts.

In a statement straight afterwards, Bjork addressed the thin line between pop & politics.

"I would like to put importance on that I am not a politician, I am first and last a musician and as such I feel my duty to try to express the whole range of human emotions. The urge for declaring independence is just one of them but an important one we all feel at some times in our lives. This song was written more with the personal in mind but the fact that it has translated to its broadest meaning, the struggle of a suppressed nation, gives me much pleasure. I would like to wish all individuals and nations good luck in their battle for independence." 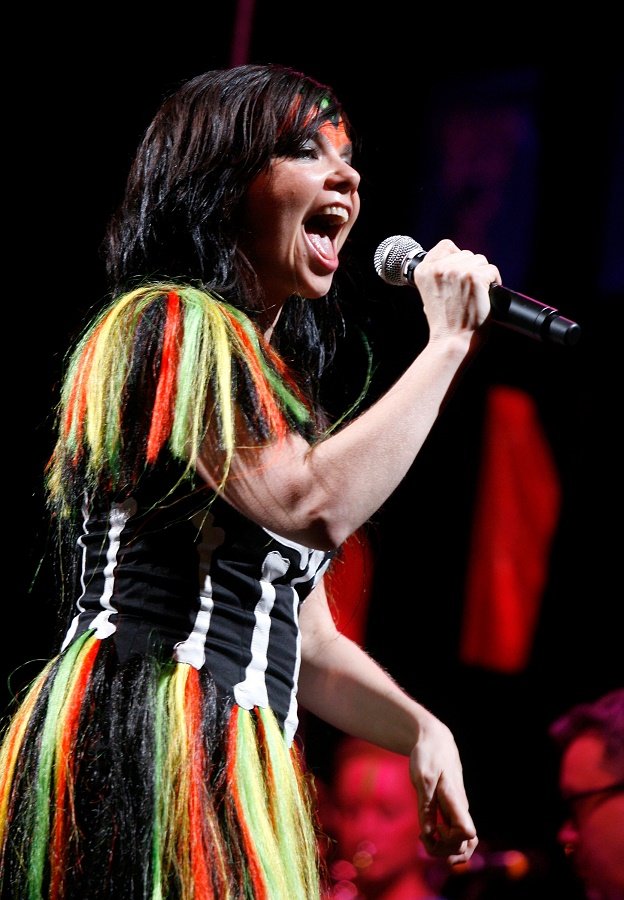 From pop artist to mentor: Bjork & influencing a new generation

In her later years, Bjork has gone from singer to producer - often introducing new recording artists to her craft.

Often taking protege's under her wing with her parent record label One Little Indian Records, the singer has discovered numerous voices around the world. True to form, Bjork's discoveries have dug up the weird & wonderful, such as her signing of Inuit throat singer Tagaq, who uses a unique phenomenon of singing to emulate the harmonies of two singers. Check her video below to see what we mean!

Bjork's relationship with humanity and the fantastical has often been a complex journey for her fans, but despite her love of technology, Bjork always claims she uses it to embrace the nature of music rather than the robotic side.

"Music is being abused so much. There are so many things with no emotion, no feeling, and without craft— it’s a tool of power. And I’ve always felt that it was my role to do the other thing. To keep it emotional." - Interview with Pitchfork

And that truly is what makes Bjork stand out from other musicians: not her unique sense of dress, or her inimitable singing style, but a full acceptance of who she is as a pop star, an emotional performer, who always tries to inject humanity into a changing world of technology. As she once said:

" I just do what I do and I’m not too bothered what people think of me.”