Norway is one of the richest countries in the world and its capital, Oslo, is currently Europe’s fastest growing capital city. But what does its start-up ecosystem have to offer entrepreneurs?

Oslo is clearly a city undergoing great change, its startlingly contemporary aesthetic houses a rapidly growing population, with official projections suggesting the capital will have 832,000 residents by 2040. To get a better understanding of what all this could mean for the local start-up scene we sat down with two Oslo locals, Babou Olengha-Aaby and Anne Worsoe.

Babou is the CEO and Founder of Mums Mean Business, a crowdfunding platform for female entrepreneurs, which is based in Oslo’s StartupLab. While Anne is the Founder of Innovation House and Director of Innovation Norway, an organisation which works on behalf of the Norwegian Government.

What are best aspects of doing business in Oslo?

Anne Worsoe (AW): Oslo is ranked as one of the most business friendly cities in the world. It is the fastest growing city in Europe with a varied and strong economy. Norwegians are known as digitally advanced and early adopters, willing and able to pay for new technology. This makes Oslo a unique test market. You will find loyal, highly qualified expertise within information technology, finance, design, energy, life science and music tech. The start-up scene is thriving, bridging entrepreneurs with industrial expertise, investors and talent. And, Oslo is ranked #1 city in the world in terms of quality of life!

Babou Olengha-Aaby (BOA): Wealth, economic and governmental stability, well-developed communication and transport infrastructures and it's long standing trade ties with the EU make Norway a relatively attractive and safe and easy country in which to do business. It also ranked
ninth among 189 countries, in the Ease of doing business 2014 report published by the IFC and World Bank, illustrating just how easy it is to do business in the country. Norway is also a nation of early adopters of new technology. Oslo as the capital leads this trend in early adoption. Couple this with a high-spending power per capita and what do you get? A great test-market for start-ups operating within traditional Techand ICT fields. 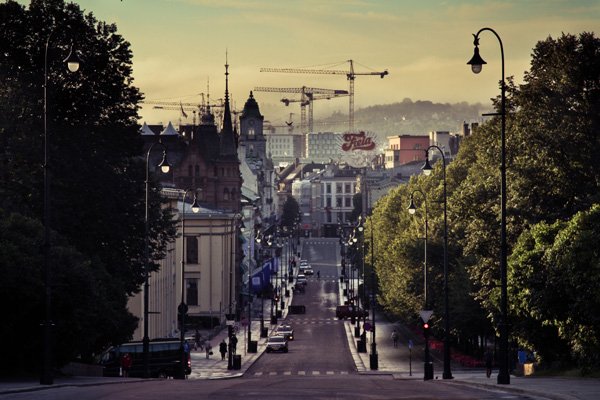 What are the downsides to doing business in Oslo?

AW: Oslo is one of the most expensive cities in the world, primarily in terms of rental, restaurants and cars. It’s still a relatively small city with a rather homogeneous talent pool, even if one third of the PhD students at the University of Oslo are foreigners.

The capital market for start-ups is undersized and includes a handful VCs and a fragmented Business Angel community, partly compensated through public support and soft funding. Since there are only five million people in Norway, high growth companies need to go global early and be prepared to incorporate abroad.

BOA: The combined high cost of skilled labour, materials, property rentals coupled with high income and corporate taxes all serve to lessen the appeal of starting up in Oslo. Networking is still very much a new thing so developing contacts and partnerships in business can be slow. Entrepreneurship itself is also a fairly new thing. Norwegian based entrepreneurs definitely haven't earned the 'glorified profiles and demi-business god' statuses enjoyed by their counterparts in the US or in other European cities. Here, entrepreneurs still suffer from the perception of being people who don't really want to get a grown up job. But thankfully things are changing.

How would you describe the business culture in Oslo?

AW: Norwegians are described as friendly, professional and honest with a no-nonsense business approach. Equality, trust and collaboration are some of the core values in the workplace, interpreted by flat organizations, informal communication and empowerment of employees. Instead of telling people what you want them to do, you can share what problem you need to solve and they will most likely fix it. Employees are expected to take both initiative and responsibility, be creative, flexible and efficient. Work/life balance is important to Norwegians. Biking, running, sailing and skiing are wildly popular within the business world. Don’t plan for meetings Friday afternoon, during Holidays or during the month of July.

BOA: The business culture in Oslo reflects the country's focus on egalitarian and social values. As a result, businesses have very little hierarchy, the majority have flat structures and the communication style is informal. Transparency and openness also score very highly in the value-chain. After all this is a country where 'gate-keepers' are a rare occurrence
in business especially as CEOs openly share their mobile numbers on company websites. Although the latter practice has been widely criticized by many as an invasion on privacy and the government has taken steps to reduce the ease of access to such information, it serves to illustrate just how important
transparency and openness are in business. 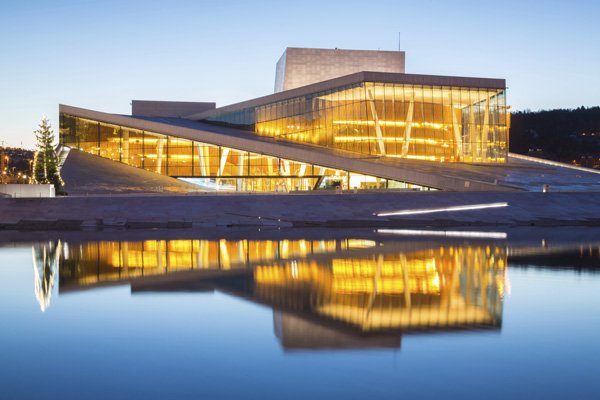 What are the costs of doing business in Oslo?

AW: It’s easy to establish a business in Norway, the costs are low and running a business is straightforward. Overall skills and productivity are high, employees are loyal and the differences in wages are relatively low depending of the level of education. This makes technology businesses cheap to run, and the cost for setting up R&D activities is internationally competitive. The best part: No need to save for your kid’s college fund. Education is free, and every worker gets free health insurance. The government also covers parental leave for the mother as well as the father.

BOA: Along with those already mentioned, you can add the non-negligent cost of 30,000 NOK (equivalent of £3,000). This sum represents the start-up capital companies are requiredby law to have in the bank in order to incorporate a limited company. This can be quite a
prohibitive cost for a start-up, especially when compared to other European states such as the UK where the cost of set it up the same legal structure cost £15.

Still believe it or not, five years ago the fee imposed by the government to set up a limited company was the equivalent of £10,000. This perhaps demonstrates willingness by the Norwegian government to reduce the high entry to barrier for start-ups in order to foster and cultivatea culture of entrepreneurship and innovation outside the traditional sectors of oil, gas, clean energy and fishery. 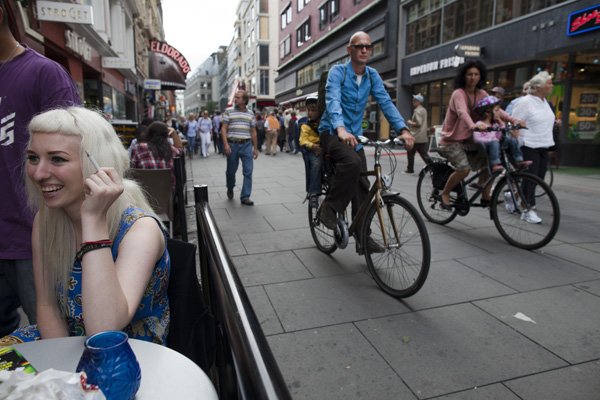 What tips would you give to an entrepreneur thinking of starting-up in Oslo?

AW: Go for it! Oslo is considered as a very friendly environment for entrepreneurs. Leverage the resources around you: Check out one of the many vigorous hubs for entrepreneurs in Oslo, such as 657, MESH, StartupLab or Oslo International Hub. Be prepared to contribute and benefit from the start-up community. Get connected quickly to find enabling factors in the environment, including talented employees and the opportunity of soft funding from the Government. Take advantage of the full-digitized Oslo citizens as a test market, build an international company and prepare to scale globally. Norwegians are among the happiest people in the world.  Work hard & enjoy life in this beautiful city by the fjord!

1. Get to know the people, the culture and the language,

3. Don't beat around the push. Directness and frankness are actually welcome traits in business.

5. Don't book appointments on Friday afternoons after 3pm, unless you want to be the only attendee. It's Fritids!

Thumbnail and background image from gettyimages