Having visited some of the global start-up scene powerhouses such as London, Melbourne and Santiago, we decide to go off the beaten track, to the Moroccan fishing village of Taghazout...

Jonny Miller and his team at Maptia know a thing or two about start-up hubs, having based themselves in Europe, North and South America over the past few years. We took some time to speak with Jonny about Maptia’s experiences in Taghazout and why it might be the perfect place for your start-up to relocate to.

​What are best aspects of doing business in Taghazout?

There is a ‘Moroccan’ time difference. Not only in the sense of the literal transition between PDT to GMT, but our temporal perception shifted gears. In Morocco, life and work beat to a different tempo. Stepping outside the start-up echo chamber we all felt a welcome sense of perspective and clarity, working on our own ‘makers schedule’ - to adopt Paul Graham’s term - has done wonders for productivity.

What are the downsides to doing business in Taghazout?

Lacking access to an entrepreneurial network and investors might be perceived as a downside for many companies, however it enabled us to focus on building the first version of Maptia, important conversations with mentors and users could be held via Skype and we could be in London within five hours if something essential came up. Although there are a growing number of location independent and local Moroccan entrepreneurs visiting Taghazout, it is quite different from being in a major city start-up community. However, we also found value in being part of a vibrant and like-minded offline community relevant to the storytelling tools we were building at Maptia - many travellers passed through Taghazout. 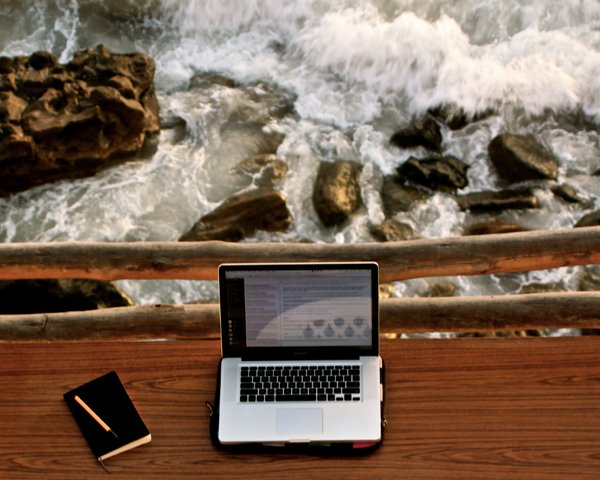 The internet access was better than we expected (between 4MB/s – 8MB/s) but there were also occasional power cuts which could occasionally happen at crucial moments of pushing code or during important Skype calls!

How would you describe the business culture in Taghazout?

Like most young and tenacious start-up teams we have a tendency to burn the candle at both ends. However, there was a point where we realised that this lifestyle (or lack of) was unsustainable and quality of output suffered in the long run - it is important to manage energy not time. In Taghazout, our team all found their own ways to recharge the batteries - from surfing world class point breaks a few minutes walk away, to attempting rooftop yoga, ocean swimming, cliff jumping, hiking in the nearby ‘Paradise Valley’, reading in hammocks or intense massages in the local hammam.

Despite still working long hours pretty much seven days a week and constantly pushing ourselves to move Maptia forwards, the time we did take off meant that we hadn’t felt happier or healthier in a long time and as if receiving a power up in a computer game, our energy levels shot up, resulting in better quality output. 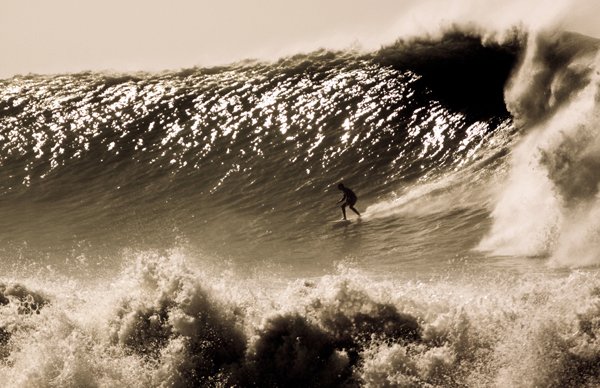 What are the costs of doing business in Taghazout?

Living in the US, we were so time-strapped that our eating habits lapsed and we resorted to living off convenience food. In Morocco things were a little different - we all took it in turns to carry a backpack and stock up on colossal quantities of fresh food from the weekly local market in the aptly named ‘Banana Village’. Anything imported tended to be twice the usual price so we stuck to the local produce. The upshot of eating fresh local produce was twofold - we felt more energised and healthy and avoiding imported food kept the company bank account healthy too. Our weekly food shop equated to roughly $10 per person per week, leaving spare funds for occasional meals out together. We all took turns to cook each evening and experiment with some of the more colourful Moroccan flavours, which (for the most part) are very successful.

There were several cafes in town however we tended to work in our rented apartment and converted the lounge to our team’s office space. To save Dirhams (the national currency) we even made a trip to the chaotic Agadir scrap yard to obtain a few discarded school tables and chairs, haggling with mixture of broken French, naive smiles, and frantic sign language.

What tips would you give to an entrepreneur thinking of starting-up in Taghazout?

In terms of accommodation we didn’t commit to anything beforehand, instead I flew out a week early and spent time knocking on doors and asking for a suitable place to stay. It would have been possible to pre-book somewhere, but the cost would likely have been much higher. Not all apartments are equipped with broadband either so it is definitely worth confirming this in advance before making any commitments.

In terms of seasonality, the summers there do get quite hot, over 40 degrees on some days and it is much more pleasant to live there during the winter months. Ramadan falls in June/July this year (moving by a couple weeks each year) and means that most shops will close during the day, which means that you have to plan ahead for food shops. As for the language the locals speak a mixture of Berbere, Arabic and French, however most also understand some English and it is possible to get by without being fluent in any of the above languages.