"Fantasyland is dedicated to the young and the young in heart, to those who believe when you wish upon a star, your dreams come true." Once upon a time lived a romantic visionary, artistic spirit, and the greatest dreamer of all. Welcome to the magical kingdom of Walt Disney, where childhood heroes are immortal forever...

Darkness lurks even in childhood stories. When he was a little boy, Walt Disney witnessed the other side of the fairy tale. His life was far away from the world of innocence that he masterfully created throughout his legendary career. The harshness of his father and violent eruptions would haunt his dreams, as he later on courageously confessed. Fortunately, a child's wild imagination finds ways to escape reality through the portals of fantasy. 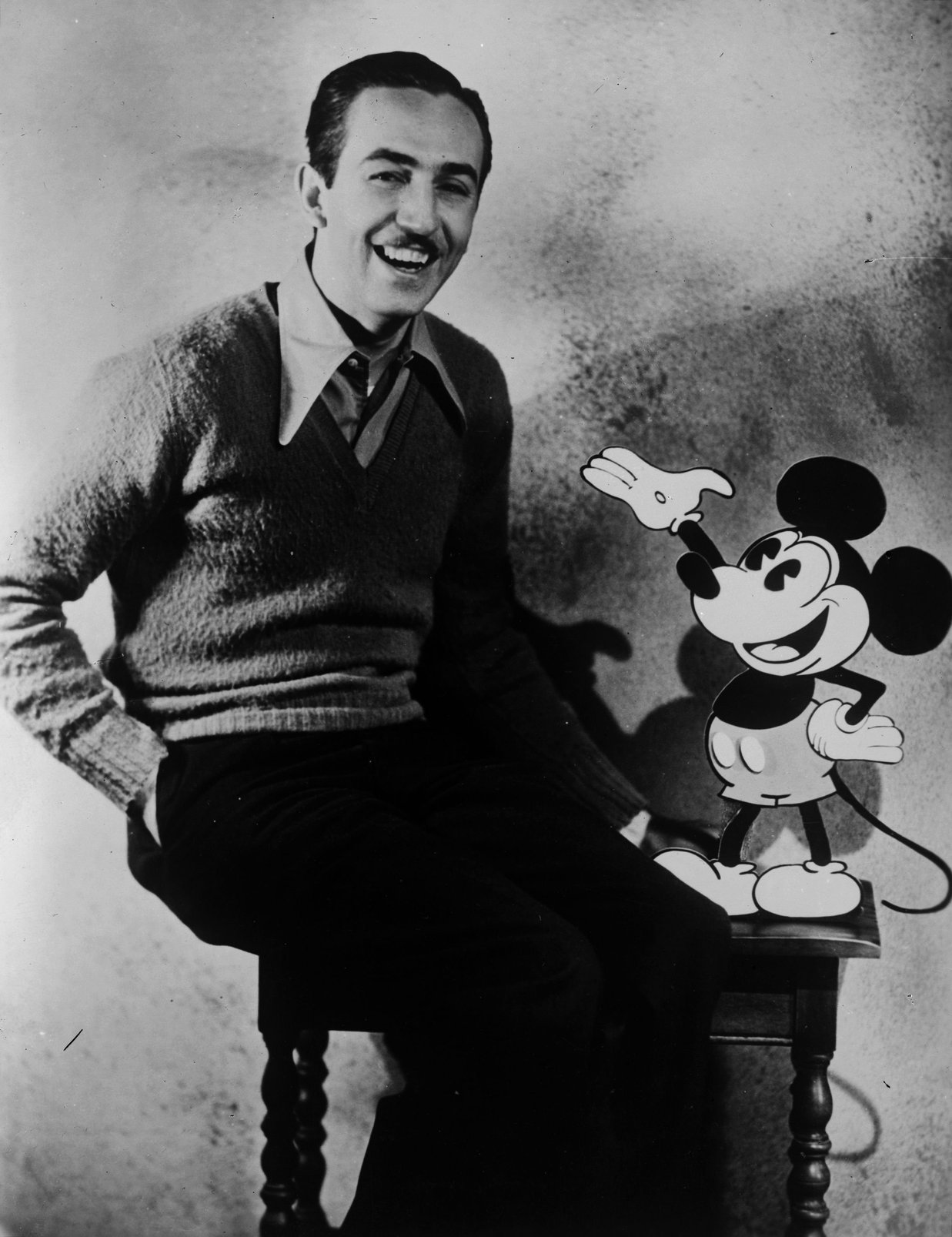 Born in Chicago, raised in Marceline, Missouri - nature and the freedom of country life were the backdrop to Disney's creativity, and animals the vivid inspiration of his cartoon characters. He did not shine in school and conform to the ordinary methods of learning. He was absorbed to do what he knew best... daydreaming. He'd rather be lost reading stories of Marc Twain and Charles Dickens. Walt had to work hard as a child and hand over all his money to his father. Even back then, his interest was drawing, experimenting with magic tricks, and letting his thoughts swirl into the liberating world of creative imagination. As with all great talents, he was a natural.

The years of childhood passed away, with Disney making a conscious decision to only dwell on the sunny side of life. Disney was an eternal optimist and it was his persistent positive attitude that led him to success and finding personal happiness. It seems that there could be no other way for Walt Disney than to relentlessly pursue his dreams. So, he packed his bags for Hollywood, the land of golden opportunities in entertainment.

Like Steve Jobs, another legendary visionary, where else could Disney assemble the beginnings of his business empire than a garage. So the story repeats, and the making of the Walt Disney Company starts like any other ambitious venture that respects the start-up tradition. Back in 1923, Walt and his brother Roy would play the role of the founders, and follow together the path of fighting against all odds.

The Disney Company rose to become a multi-billion empire and Walt Disney himself recorded in history as one of the greatest entertainers of all time. Since its garage days, it has been transformed into a diversified multinational conglomerate, currently valued at $179.5 billion. Just before this, the path to 'happy end' was not exactly adorned with rose petals. But, through adversity emerged the greatest lessons to learn and share.

Dreams and risk are a match made in heaven. How else can you give life to the unreal, if not with a good dose of fearlessness. Disney took risks, failed a lot and a few times lost everything. Almost no one was there to encourage him and show belief in his vision. In retrospect, big lesson number one: Skip the world's opinion about what is possible. It's only you who knows best the power of your dream. 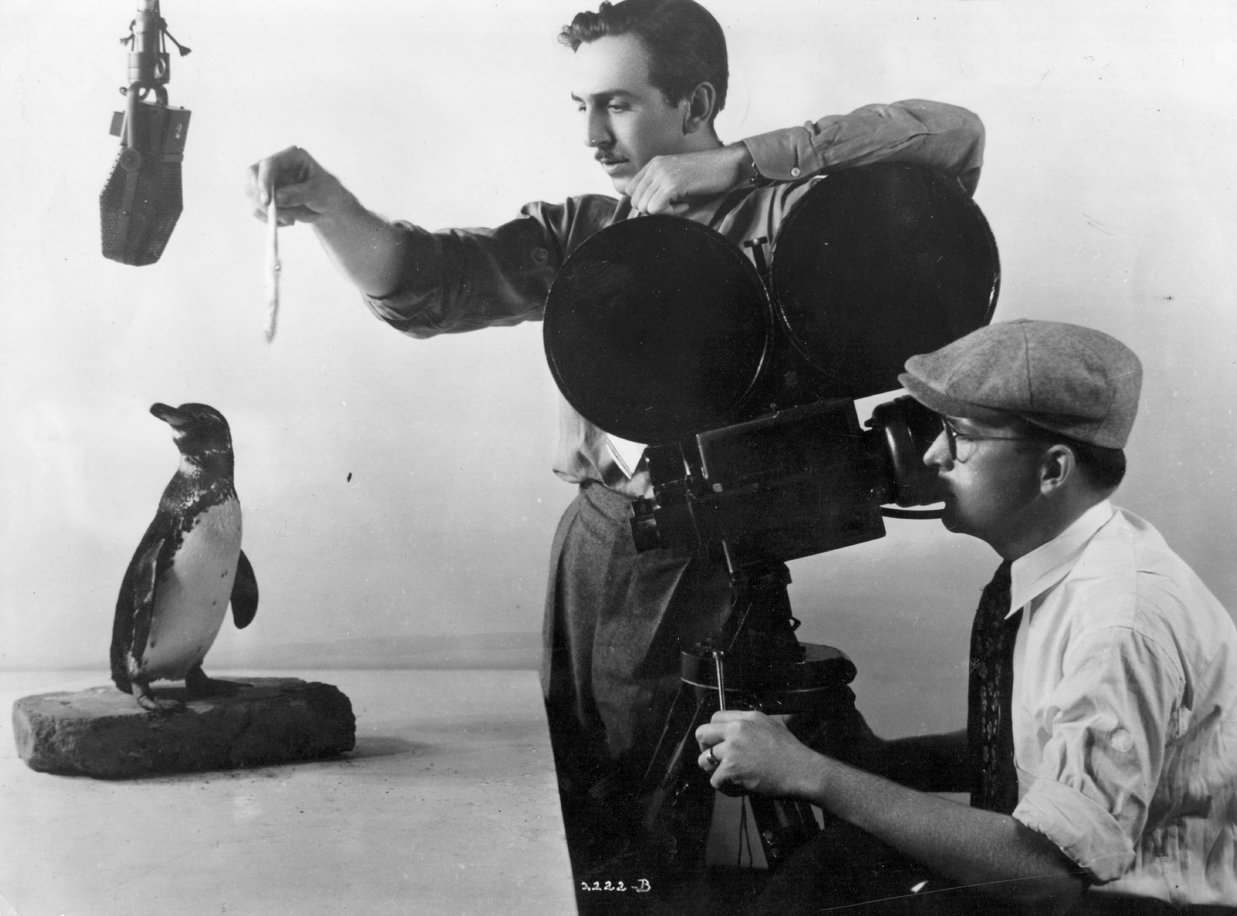 In 1928, time finally arrived for his big breakthrough. The beginning of everything: Mortimer & Minerva. These were the original names of his signature heroes. Everything changes and evolves for the best and so, after a while they were renamed as the famous and much loved Mickie and Minnie Mouse. Disney was an alchemist of imagination with myriads of cartoon characters stepping out into life through his pen. He was the architect of his heroes lives, romances and adventures. His journey to fame started with the production of a series of the most loved animated movies of our childhood and over the course of his career, he would win 26 Oscars - the most awards given to any individual.

However his kingdom of magic would be incomplete without the creation of Disneyland.

"Ask and it is given," goes the old promise of biblical scriptures. Disney wished: "I just want it to look like nothing else in the world. And it should be surrounded by a train." This is how Disneyland was conceived in the grand design of his imagination. Disney wished to create a world of fantasy, adventure and joy. A kingdom for all the young in heart to escape and play together. 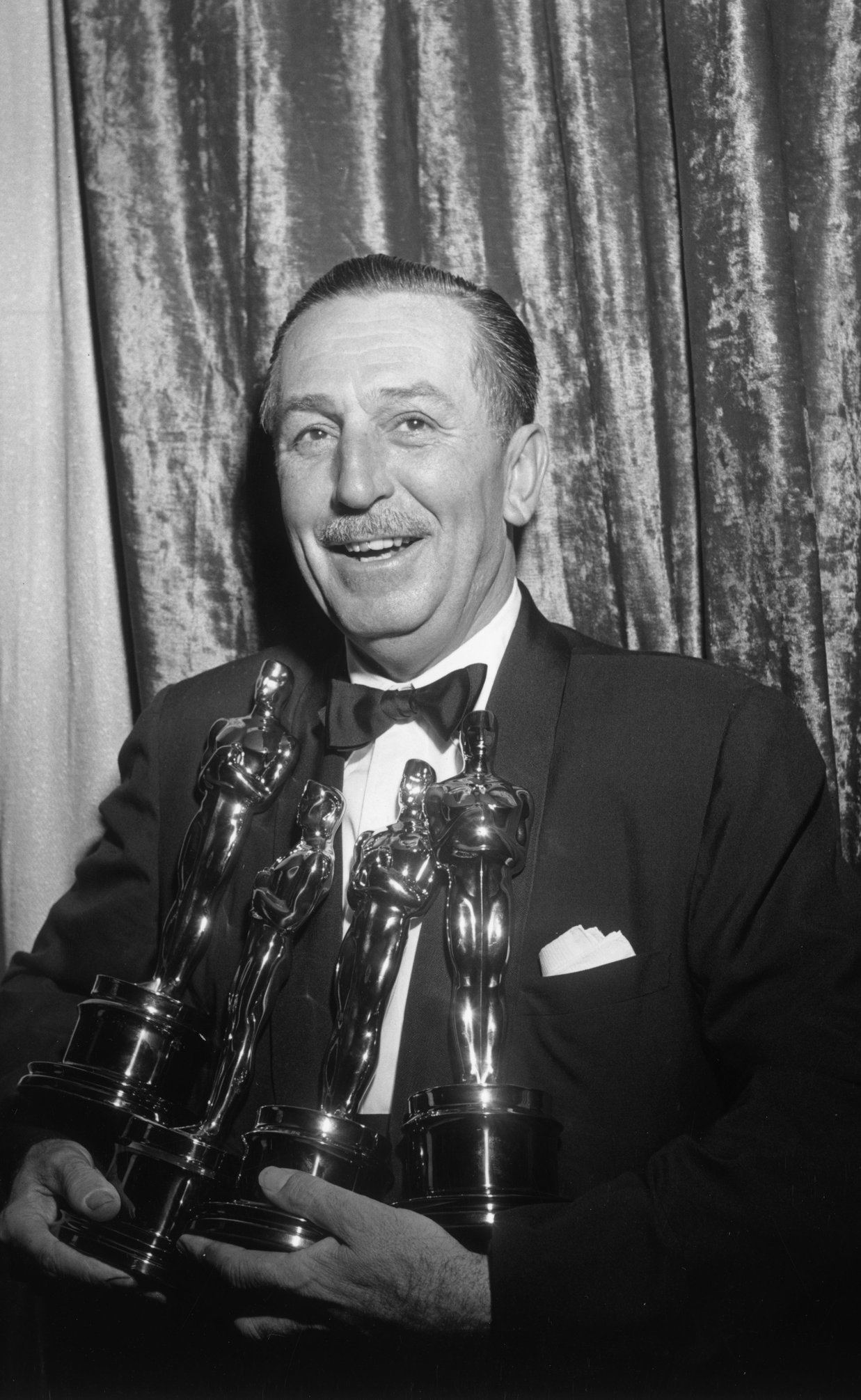 He got turned down over 300 times while trying to get financing for Disneyland. One of his most pronounced qualities was resilience and his ability to snap back, quickly overcoming opposing circumstances. He persistently pushed forward, believed in his vision with all his heart, and was certain of the outcome. Disney treasured quality above all and was admittedly a perfectionist. It is astonishing to know that for the greater part of his career, he was truly in dire financial straits. Money was never the goal for him.

"It’s kind of fun to do the impossible," was a trademark motto for the Disney Studios, working on the production of fairy tales such as Fantasia, Alice in Wonderland, Cinderella and Peter Pan or live-action films such as Treasure Island, entailed excellency in management and the perfect orchestration of hundreds of people.

Disney was not just a dreamer, but an innovative entrepreneur. His legacy endured due to his extraordinary gift of instilling employees with the greatness of his vision and inspiring them to action. He had a real genius for hiring talented people and overseeing their harmonious collaboration. As a true innovator, he was fixated on using the latest technology for his films. He pioneered the art of branding and merchandising. But above all, the heart of Disney's leadership was that he was an incredible storyteller, and would delve to extreme detail to make a tale come alive and everybody feel that they were part of the dream. His unique charisma was to shift human consciousness, and make people, especially children, believe in the power of wish fulfillment and that there is absolutely nothing impossible.

Urban legend goes that his last wish was to become immortal - being frozen in time, secretly waiting for the next futuristic innovation to bring him back to life. It's not true – it's just another of his magic fairy tales. Walt Disney's dreamy soul lives eternally through the adventures of his heroes. And sometimes, after midnight, you might hear him whisper one of the following.