In the dark of the nights, at Thomas Edison's famed laboratory where ideas and dreams turned into reality, an unknown mechanic tested non-stop his ambitious engineering designs. In an era where cars were exclusive 'toys' for a wealthy few, enter Henry Ford… A curious thinker, persistent doer and visionary that democratized the automobile industry across the whole world.

"Enthusiasm is the yeast that makes your hopes shine to the stars. Enthusiasm is the sparkle in your eyes. The irresistible surge of will and energy to execute your ideas." This is one of Henry Ford's many inspirational sayings, which reveals the personality of one of the most successful innovators and industrialists of all time.

A farm boy, with intense curiosity for all things mechanic. Young Henry was much intrigued with the power of steam and started experimenting... inevitably causing a few explosions and a burned down fence of the school that he attended. And though he kept in his heart the love for nature throughout his whole life, at the age of 16, he left it all behind to fulfill his dream of becoming an engineer in Detroit. 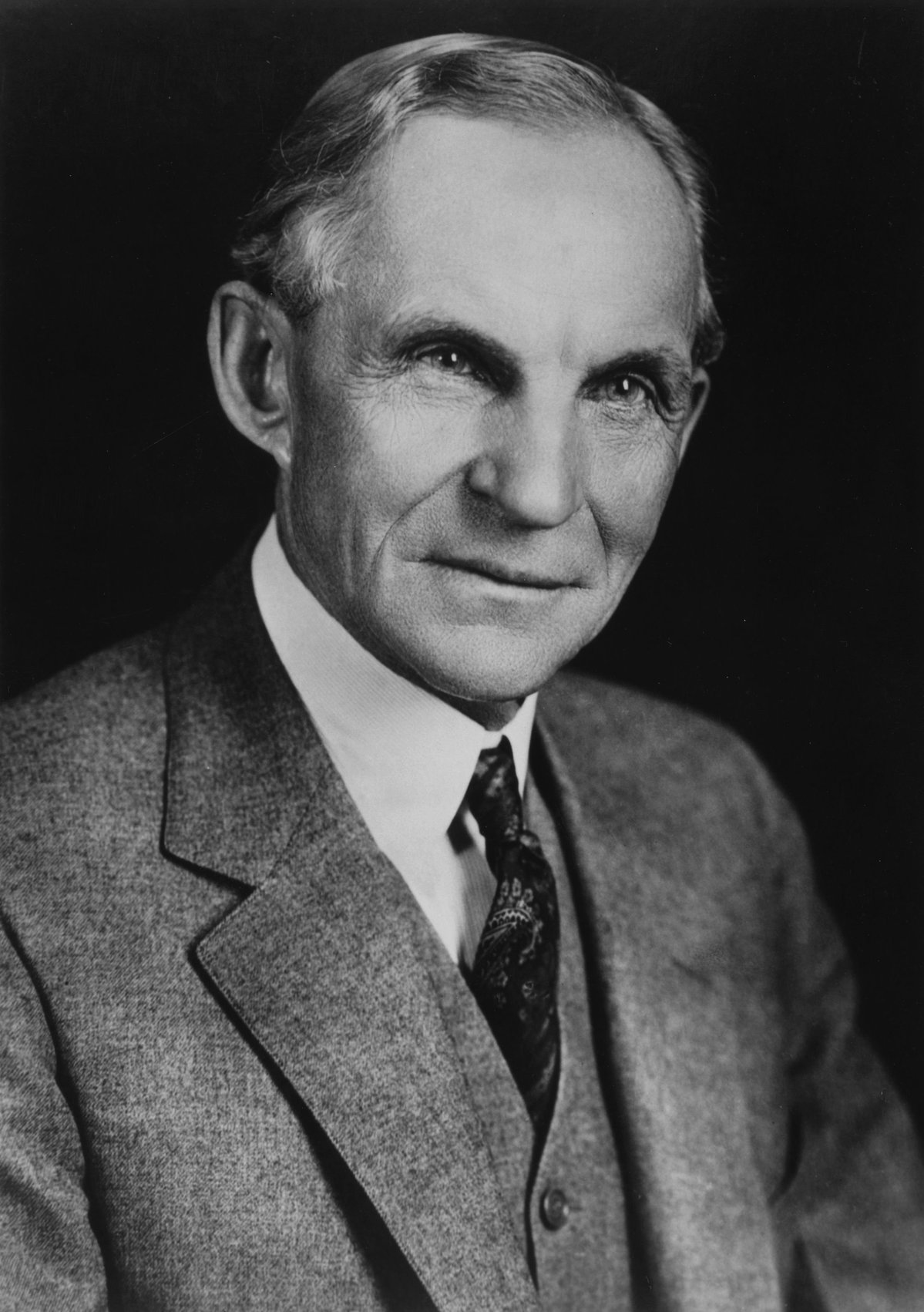 Studying 'Fordism', as his entrepreneurial style and philosophy became known, reveals a wealth of lessons to be shared. Clear vision, determination, persistence, holistic strategy and unwavering faith constitute the golden formula upon which Ford built his empire.

Inspiration knows no limits and success is a state of mind. Henry Ford was indisputable proof of this. He may have strived and failed for a great part of his life but at the age of 40, time has finally come for his big breakthrough. He failed to let dyslexia halt his success, he was an engineer almost by instinct. Working for eight years as a night-shift chief engineer at Edison Illuminating Company would give him the valuable experience and inspiration to experiment on his automobile designs.

In 1896, Thomas Edison, his greatest hero, appeared in his life, becoming his mentor and lifelong friend. Edison was the man that believed in Ford's ideas and encouraged him to persist in them. The rest is history!

In 1903, the Ford Motor Company became reality with an initial capital of just $28,000 and in the years to come, Henry Ford would spread his empire across six continents. His company operated on the central principle of 'mass production, good quality, reliability, and affordable prices- paired with higher wage for his workers '.

Ford was a proponent of vertical integration and operation. He revolutionized the moving assembly-line mode of production, and radically changed consumerism in middle-class and rural America. In 1908, the legendary Model T was launched and within a few years, every second car in the States was a Model T, with one leaving the factory every 24 seconds.

The following saying encapsulates all of Ford's business philosophy, and is a blueprint that applies across many fields and ventures. A golden formula that resonates with all times and eras of human development:

"I will build a new car for the great multitude, constructed of the best materials, by the best men to be hired, after the simplest designs that modern engineering can device; so low in price that no man making a good salary will be unable to own one, and enjoy with his family the blessing of hours of pleasure." 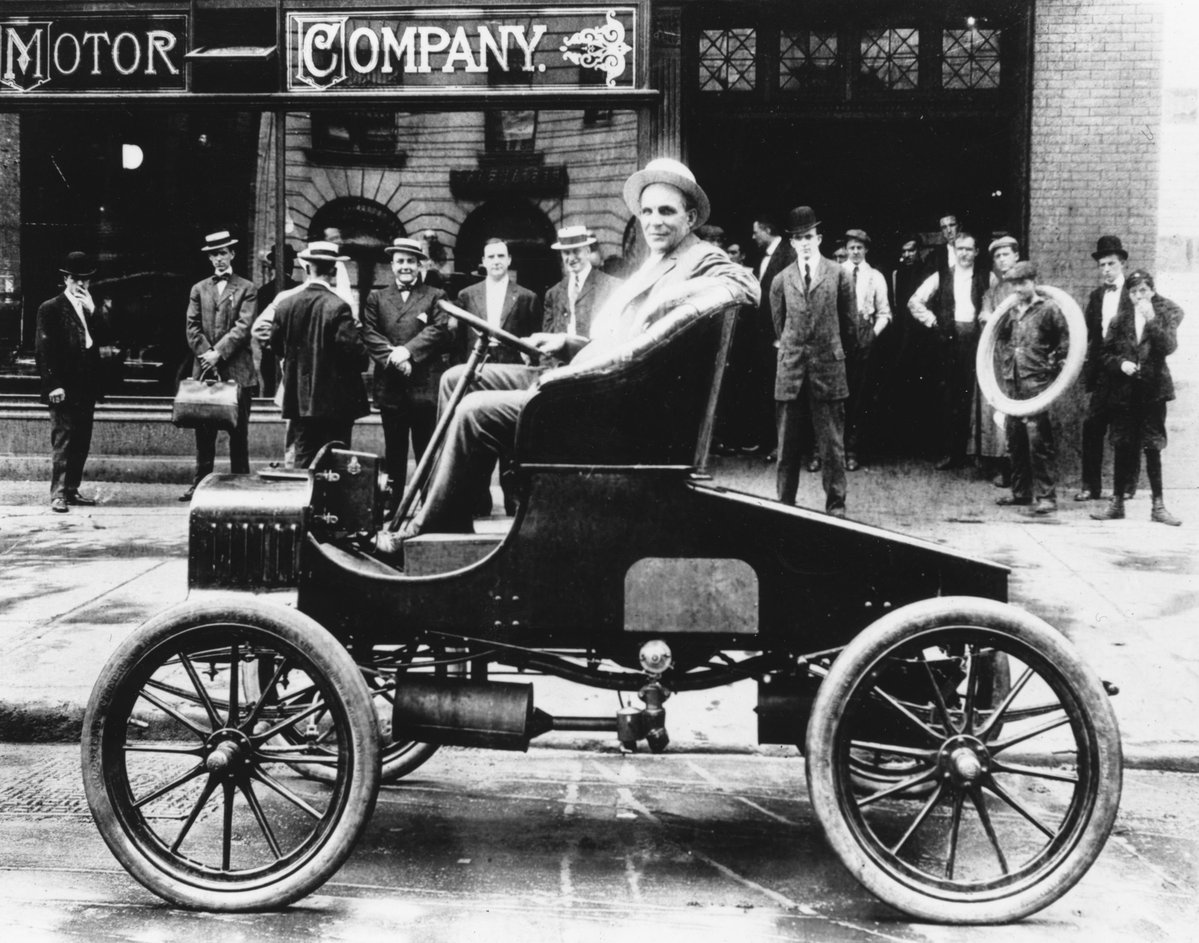 Ford held a radical view of the use of riches. His idea of money was that it is something to be used, a 'means' rather than the ultimate goal. He believed that surplus wealth should be used to provide more jobs and bring joys into an increasingly greater number of lives. He even thought that financial security and consumerism is a way to stabilize world peace.

Success is a game best played by talented teams. It was the same in the case of Ford. One of his greatest talents was to identify and attract outstanding people. He hired a core of young capable men who believed in his vision and would restlessly work to sky rocket Ford Motor Company into one of the world's most successful industrial enterprises.

The following words capture the dynamism and philosophy of one of history's most persistent visionaries: 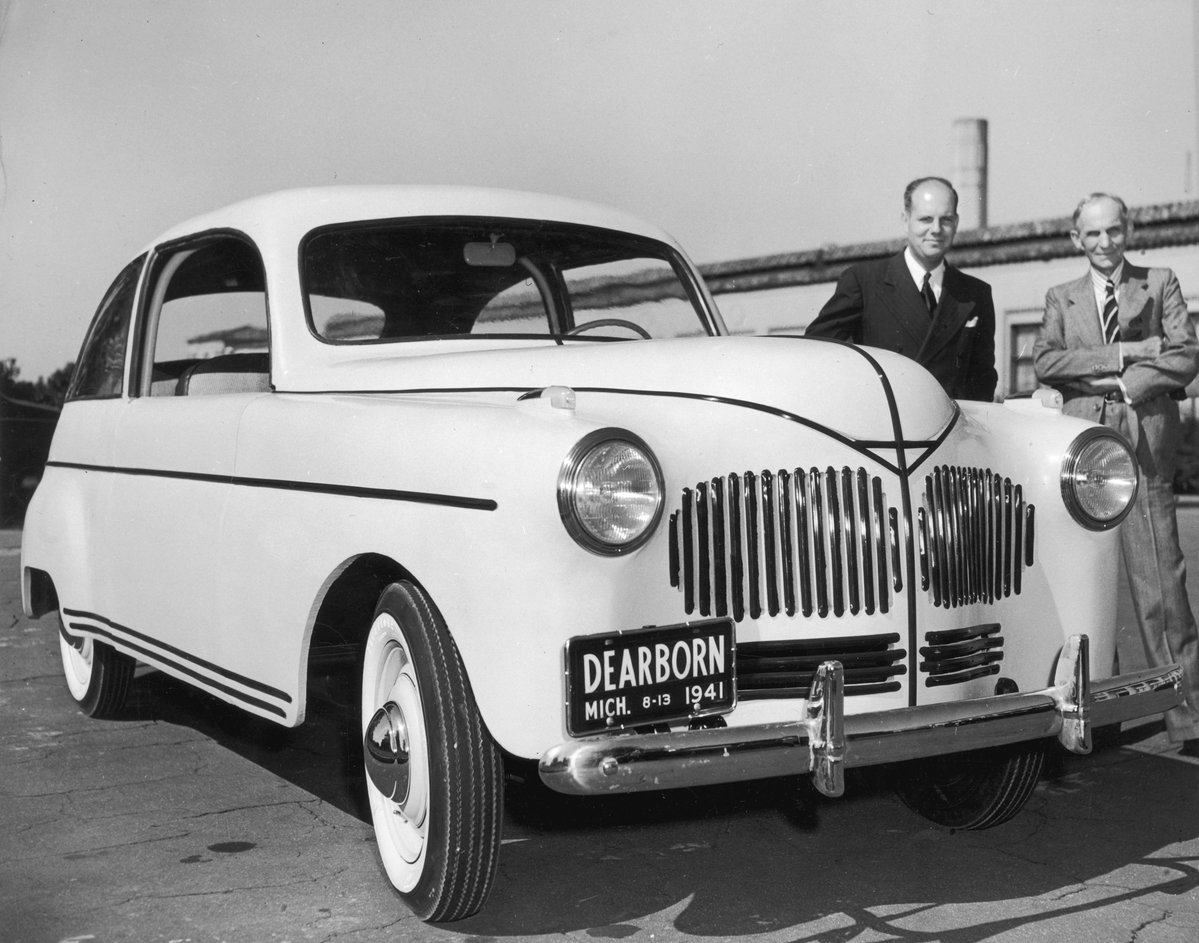 Ford was not just another entrepreneur of epic magnitude. There was a deep spiritual side to him. He was intensely intrigued by reincarnation: "I adopted the theory of reincarnation when I was 26. I got the idea from a book from Orlando Smith. When I discovered reincarnation it was as if I had found a universal plan. I realized that there was a chance to work out my ideas. Time was no longer limited."

He preserved throughout his life a youthful spirit and enthusiasm, and proudly exclaimed: "The trouble with the world today is people don't go to children enough. I don't like old people. I stay away from them!"

His faith, persistence and belief in his vision is the precious lesson to be learned. Thomas Edison, the great inventor, was his hero, and his generous encouragement galvanized and inspired Ford with the confidence that his big dream would become true. Their shared adventures and loyal friendship would stay with them all their lives.

Success is built on inspiration, and inspiration is fueled by love. Clara Bryant was the great woman behind this great man. Henry Ford accredited his beloved wife for her genuine belief in him to succeed: "I attribute whatever I may have been able to accomplish in life far more to my wife than to anything else and to everything else put together."