World Day Against the Death Penalty: What’s the matter with Singapore?

Singapore is a fascinating and dynamic city state. A global hub of trade and finance that has enjoyed decades of prosperity and stability, with a highly educated and diverse population, impressive infrastructure, and efficient public services. During my occasional visits, I was always drawn to Singapore’s smart blend of tradition and modernity and its character as a microcosm of everything that Southeast Asia has to offer.

Socially, this nation at the southern tip of the Malay Peninsula has always been on the conservative side, but change hasn’t stopped at its borders. A few weeks ago, I was encouraged to see Singapore’s government announce plans to finally decriminalise sex between men, doing away with a painful and discriminatory colonial legacy. As a passionate ally of LGBTQ+ populations, I haven’t given up hope that eventually, full marriage equality will follow. It will take time, but I can appreciate that some progress has been made.

Sadly, one issue where Singapore still finds itself on the wrong side of history is its continued, almost stubborn use of the death penalty, particularly for drug offences. The rising frequency of executions – eleven so far in 2022 – and the circumstances surrounding many cases have been dark stains on the country’s reputation in the world.

Earlier this year, I joined a global community of advocates who tried to stop the execution of Nagaenthran (Nagen) Dharmalingam, a young Malaysian man with a well-documented intellectual disability who was sentenced to death for carrying 42.72 grams of heroin across the border, under immense pressure from drug dealers. 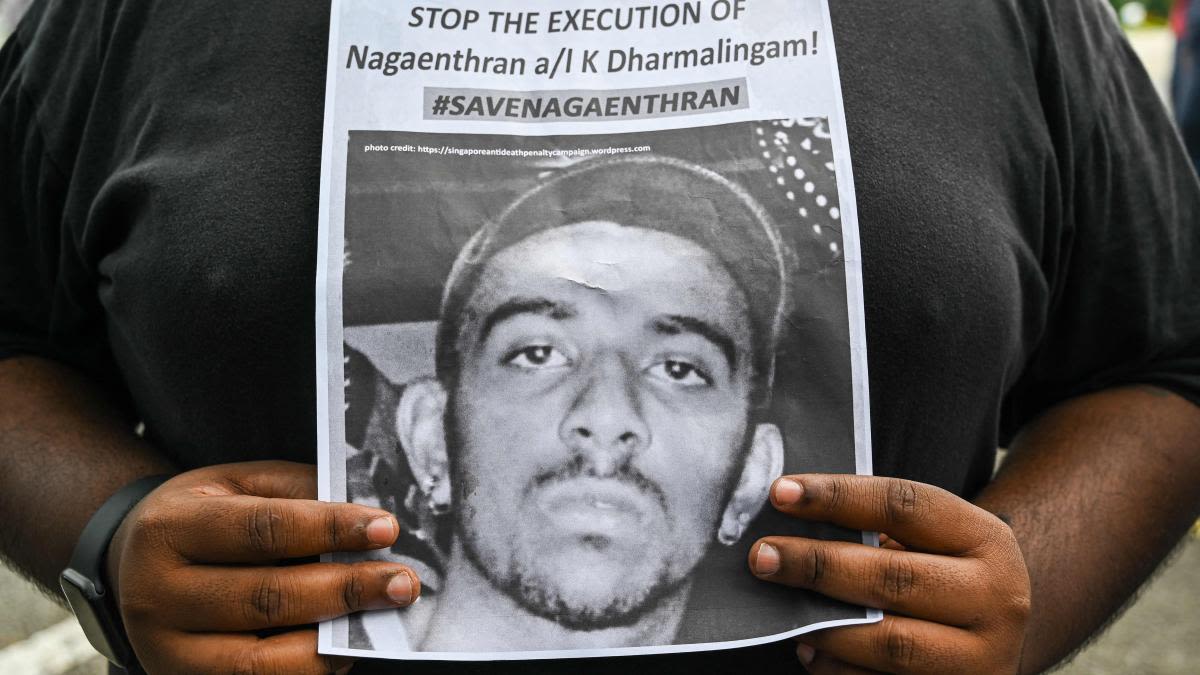 In line with Singapore’s own international commitments to protect those with disabilities, Nagen should have never come anywhere near the death chamber at Changi Prison. But even the interventions of UN experts and several EU governments couldn’t save his life. Nagen was hanged on 27 April.

The truth is that Singapore’s government seems bent on executing scores of low-level drug traffickers, mostly members of poor, disadvantaged minorities, whilst failing to provide clear evidence that it has any tangible impact on drug use, crime, or public safety. It’s a disproportionate, brutal response.

Most recently, I read about Singapore’s Home Affairs Minister K Shanmugam, who went on an international media blitz to lash out at critics of the death penalty, including yours truly. Citing public support for the death penalty and government polling, Mr Shanmugam repeatedly claimed that the death penalty is a strong deterrent to would-be drug traffickers.

But opinion polls are a flawed measure of policy effectiveness. And experts agree that the effect of the death penalty on crimes, including drug-related offences has not been empirically proven.

It may be true that reported drug use in Singapore, according to the government’s data, has always been relatively low, but there are many reasons for that, including the nation’s wealth and strong economic growth, low unemployment, social cohesion, a general disposition against drug use, investments in public health, and so on. By contrast, Portugal, not only abolished the death penalty completely in 1976, but also decriminalised personal possession of all drugs in 2001, while shifting significant financial resources from law enforcement to health interventions. Following Singapore’s logic, Portugal would surely have seen increases in drug deaths and drug use. However, the positive impacts of decriminalisation were immediate, including a dramatic drop in drug-related deaths. And Portugal’s drug use has remained consistently below the EU average ever since.

This is where the Minister’s rationale falls apart, especially his claim that the death penalty “saves thousands of lives.”

Let’s face it, the so-called War on Drugs as fought in Singapore and elsewhere, has been a costly failure, and even the Minister’s own examples, like Sweden with its strict anti-drug laws, or Latin American countries that militarised their response to the drug trade at tremendous human cost, have not been able to stop the illicit market or curb drug use in any meaningful way.

But there are other developments that should give Singaporean cause for concern:

All eleven men executed in Singapore this year were small-scale traffickers, often of Malay origin or Malaysian nationals. Leaving aside the plausible suspicion of racial bias against a population that is disproportionately represented on Singapore’s death row, all of those executed in recent memory were on the low end of the drug supply chain, small-scale drug traffickers who were victims of the drug trade themselves, threatened, coerced, and bullied by large-scale dealers who prey on their economic vulnerabilities.

Sure, Singapore’s death sentence may terrify Western tourists and others in neighbouring countries who are not likely to carry drugs to begin with, but it still hasn’t stopped the flow of drugs into Singapore. In more than a decade of drug policy advocacy, I have learned that the illicit drug trade will always find a way, and sadly, small-scale traffickers in precarious circumstances are a renewable resource.

By contrast, charges against the kingpins of the trade are hardly ever brought, if at all, and Mr Shanmugam concedes as much. It seems as if the government is content with picking the low-hanging fruits over and over again, showing little political will to tackle the issue at its roots through an evidence-based human rights and public health-led approach to drugs.

Another worrying matter is the continued harassment of capital defence lawyers and human rights defenders. Lawyers taking on death penalty cases are frequently punished with cost orders after filing late-stage applications to save their clients. M Ravi, Nagen’s intrepid defender who has represented dozens of capital cases at enormous cost to his career and his financial and physical wellbeing, has been repeatedly targeted, as have others. This form of harassment by Singapore’s authorities has had a chilling effect on the willingness of lawyers to represent those on death row. As a result, at least four men on death row had to appear in court unrepresented in the days before their scheduled execution. In Nagen’s case, his own mother had to appear in person to plea for her son’s life – a day before he was killed.

Equally concerning is the fact that 13 prisoners have filed a joint civil litigation suit against the Singapore Prison Service for the leaking of their private correspondence to the Attorney-General’s office while on death-row. If this is indeed a systemic problem, it should be highly disconcerting to anyone relying on basic fairness and the rule of law in Singapore’s courts.

All of these developments tell me that Singapore’s system of capital punishment is fundamentally broken, inherently unfair, and completely disproportionate to the challenge at hand.

If drug use and misuse are really of concern, far better interventions are available, beginning with a drug policy shift that prioritises public health over criminal justice, harm reduction over criminalisation. It’s time for Singapore’s death penalty to go.

For business leaders supportive of abolition, sign the Business Leaders Declaration Against the Death Penalty today.